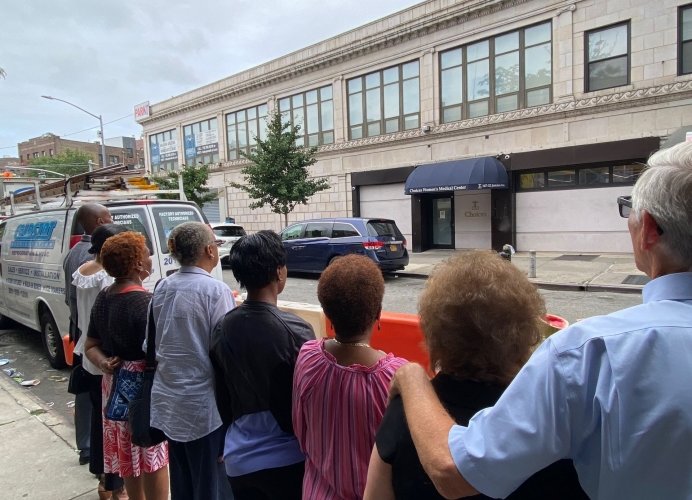 BROOKLYN, New York (LifeSiteNews) — On Tuesday, pro-life activists emerged victorious from a 4 1/2-year legal battle with the State of New York after the state dropped false charges of threats and violence.

In June 2017, pro-life sidewalk counselors who assemble outside an abortion facility in Queens, New York weekly “to peacefully offer information and alternatives since 2012” “were falsely accused by former New York Attorney General Eric Schneiderman of harassing women who were going into the abortion facility,” the Thomas More Society explained in its summary of the case.

Thomas More Society noted that “New York has an existing Freedom of Access to Clinic Entrances law which is intended to prevent actual, intentional interference with access to a clinic by means of force, threats, or physical obstruction.”

By contrast, “peaceful pro-life activity is specifically protected,” and the Thomas More Society argued that Schneiderman’s lawsuit was in fact an “assault” on pro-life group’s First Amendment rights.

Crampton noted that amid Schneiderman’s aggressive efforts in suing the pro-life sidewalk counselors, the prosecution “came up with absolutely nothing, but that didn’t stop them from continuing to persecute these gentle Christians.”

Ciesielka summed up the last legs of the legal battle, explaining that “in August 2021, the United States Court of Appeals for the Second Circuit made a stunning reversal of its decision three months earlier, and finally affirmed an initial lower court ruling in favor of the life-advocates.” This upheld an earlier ruling by the United States District Court for the Eastern District of New York in support of the pro-lifers.

“After the evidence was in and the witnesses had testified, the judge saw through the state’s case,” Crampton added. “It collapsed like a house of cards. The judge specifically found that witness after witness for the state lied.”

“The case should never have been brought in the first place,” Crampton continued. “But the pro-abortion lobby is powerful in New York, and classless politicians like former Attorney General Eric Schneiderman and current Attorney General Letitia James are only too happy to waste hundreds of thousands of taxpayer dollars prosecuting – or persecuting —  Christians seeking to exercise fundamental First Amendment rights on the public sidewalks.

“Our clients’ only ‘crime’ was speaking out for the unborn, an unpopular and dangerous viewpoint in New York City.”

Read the Stipulation of Voluntary Dismissal filed November 16 at the United States District Court Judge for the Eastern District of New York in People of the State of New York v. Griepp et al.  here.