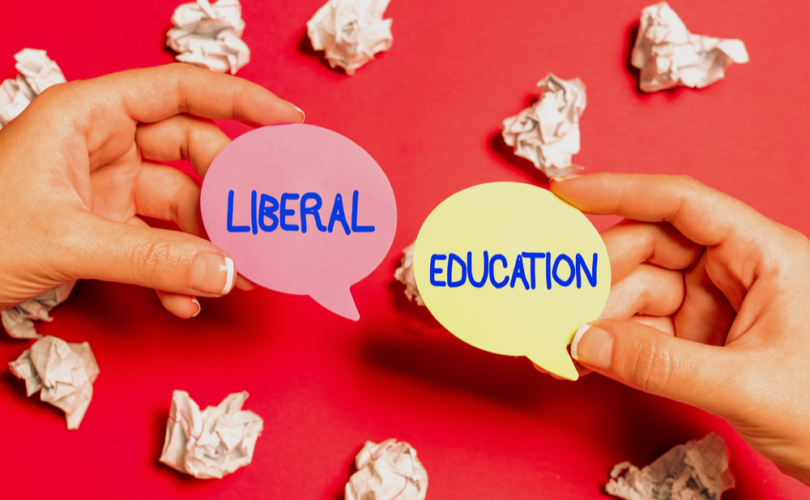 (LifeSiteNews) — A biblical scholar and university professor who has seen woke culture firsthand at a Christian university is sharing his insights into, and solutions for, the ideological chaos increasingly seeping into educational institutions.

Dr. André Villeneuve, an associate professor at Sacred Heart Major Seminary, gave an exclusive interview to LifeSiteNews explaining the various factors he believes to be at the root of the infestation of “woke” ideology at Christian universities. He also discussed why virtues, and not just intellectual formation, are needed to tackle the widespread problem.

At the liberalized Azusa Pacific University (APU), Villeneuve observed that it was common for both students and faculty to embrace leftist tenets, divorced from a Christian worldview. This was made clear, for example, when APU lifted a ban on same-sex relationships, which prompted a “prayer gathering” protest by pro-LGBTQ faculty and students after it reinstated it.

Another sign of the university’s compromise — because of which, he said, he saw “many talented faculty leave” — included reports from former students claiming  that some of their biblical studies professors “scoffed at” the university’s faith statements and taught that Scripture “endorsed Marxism, homosexuality, and radical feminism.”

Asked by LifeSiteNews to what extent a lack of understanding of Christianity contributed to the prevalent liberal worldview at many “Christian” universities, Villeneuve observed, “The university has become completely detached from Christian metaphysics and ethics and worldview, [so] it has to fill in the gaps with something.”

According to Villeneuve, since “generally, nature abhors a vacuum,” and “the human person is religious by his very nature,” universities are filling that vacuum with a “type of religion based on the latest currents,” which in today’s case can be described as a “woke” religion.

This human need for religion comes with a kind of need for “an authoritative priesthood” and “a certain morality and a certain kind of excommunication,” Villeneuve said. “If you don’t agree with all of the premises of the new world religion, you can get excommunicated [through] cancel culture.”

Along with the rejection of a Christian worldview comes “a complete loss of understanding” of what the human person is, and of “what is good, what is wrong, what is evil,” so that moral truth “becomes entirely subjective, and that’s why we’re seeing … complete chaos,” Villeneuve said.

Villeneuve also pointed out that “postmodern relativism and Marxism” have “been injected into universities” since around the mid-20th century, and that this helps to enable the culture of “wokeness and identity politics,” which he called “really a type of class warfare,” pitting the “oppressor” against the “oppressed.”

Universities, then, are at the “intersection of a lot of different dynamics,” including the “loss of Christianity, loss of Christian anthropology, postmodern relativism, Marxist social ideology … ” Villeneuve told LifeSiteNews.

“It creates an interesting stew, all that coming together,” he added.

According to Villeneuve, universities have a special challenge because “academic freedom,” research, the exploration of different venues, new insights, and “a certain amount of creativity” are built into the dynamic of the university.

While on the one hand this can be a good thing, and “the Catholic vision of the university respects academic freedom,” it can also “create also a sort of wild atmosphere when novelty becomes praised as the best thing on the block” and “whatever is revolutionary” is considered “what is best.”

This can come into conflict with “the deposit of faith” Christians have been given, “a treasure that we are asked to guard and to pass down intact … The last thing we want to do is deform it or distort it or compromise it.”

“And so the Christian university, and especially the faculty, has to juggle with these two realities: on the one hand the innovative and creative; but on the other, we are custodians, we’re not creators of the human person,” Villeneuve said.

While the Protestant worldview, as opposed to a Catholic one, is at a disadvantage because they lack the “clear and precise” teaching of the Magisterium, Villeneuve observed that many Protestant and Catholic universities have “ jettisoned Christian revelation — not just the magisterium, but the whole testimony of Scripture.”

Even where clear Scriptural teachings are concerned, such as the fact that God created humans “male and female,” universities are accepting instead “premises of wokeness, which are entirely based on subjective feelings … which reveals really a complete departure from the Biblical worldview. And that’s very perplexing from institutions that claim to love God.”

How to take back our universities

Villeneuve’s ideas on how to respond to the invasion of woke ideology at universities are unconventional in that they aren’t limited to intellectual strategies, but involve an even deeper response: one involving the virtues of humility, conversion of heart, and courage. These, according to Villeneuve, are needed even to enlighten the intellect.

To take back Christian universities, said Villeneuve, “first, we must be formed” in a way that is often lacking today, which means “we have to turn to Scripture and turn to Christian tradition and really learn with humility what has been given to us.”

He pointed out that “It takes humility and courage to say that, well, maybe the biblical worldview has wisdom that is greater than me, than my own thoughts or opinions or whatever is being pushed this year by the corporate media.”

“And this humility requires something else that’s essential: and this is conversion,” Villeneuve said.

“Both understanding and personal change” are at “the very heart of what we call catechesis,” he noted. “It requires setting aside our own prejudices and opinions and even attractions and desires,” which Villeneuve pointed out are “big” “driving issues of sexual morality and gender identity” today.

“There’s also a great need for courage,” he said, not just to “have a personal conversion and to follow the truth” in divine revelation, but also to “speak the truth in the classroom” as faculty, “because there’s tremendous pressure to be politically correct, to be woke, to be accepting, not to judge.’

“For example, here in the classroom when you’re trying to speak about Christian marriage, you know that if you do so you’re going to upset some students and they’re going to slam you in their evaluations at the end of the semester. It happened to me, it will happen to others.”

“So you have a choice, as faculty … you can just steer clear of controversial subjects. Which means that you concede defeat … because the culture is not silenced … Or you can say I’m actually going to calmly and thoughtfully engage this, but you have to expect you’re going to take some hits.”

“And that is not easy for some faculty members. I’ve seen many, for example … who may personally hold conservative biblical positions, but they won’t really go there in the classroom, because it’s too much of a hot topic, they don’t want anyone to get upset.”

“And so, in so many ways the rise of the world culture is because of a lack of courage from Christians who have failed to make a convincing case for the truth of the Bible and Christianity,” Villeneuve said.

“When I did that in the classroom, I always had more students who were appreciative and thankful that I did it, and said thank you for tackling those topics, and then I had others who were upset.”

“You can never underestimate, especially at Christian universities, all the students who are really thirsting for truth. They actually respect faculty who are not afraid to speak the truth and to say what is right and what is wrong and to really unpack what God has revealed in His words, because ultimately this is what gives us life and this is what makes us happy.”

Students must be courageous as well, said Villeneuve. He told how he had scenarios in his classroom where about eight or nine students were “conservative” Christians, and “maybe two or three” “woke types” would “manage to silence the whole classroom.”

Villeneuve noted that “this fear of offending, this wanting to be accepting, this fear of conflict, trying to avoid conflict at any cost,” is prevalent across society. But “that has higher cost than actually engaging these issues.”

Part of the problem in the classroom, he said, is that students tend to conceptualize a “dichotomy between truth and love.”

“Most of them are well meaning … For them, loving is accepting everything, even things that are not true. Like the whole LGBTQ agenda.” But “living in truth is the only way by which we can really love people. Otherwise, it’s not loving if we live our lives based on a false view of the human person, false view of human sexuality, a false view of human marriage,” Villeneuve said.

“It’s always a question of apparent good … Evil advances under the guise of good … Very few people are going around and saying, ‘I’m really trying to spread evil in the world.’ Everyone believes that they’re doing good. Even those pushing that leftist agenda, they somehow think that they’re making society better.”

Offering hope and further guidance for the re-Christianization of universities, Villeneuve concluded, “Things can be turned around if you have enough good people stand up, who are not afraid to speak the truth, and put truth above expediency.”

Villeneuve urged everyone, in their respective capacities, to speak up on behalf of students: “We need more people to speak out and to have the courage to kind of speak up with their wallets, to speak at the voting booth; and parents also need to speak to administrators at universities and tell them that we want Christian formation, we don’t want woke formation for our children. Lots can be done if people actually speak up.”

“As the old saying goes, evil only triumphs when good people do nothing.”