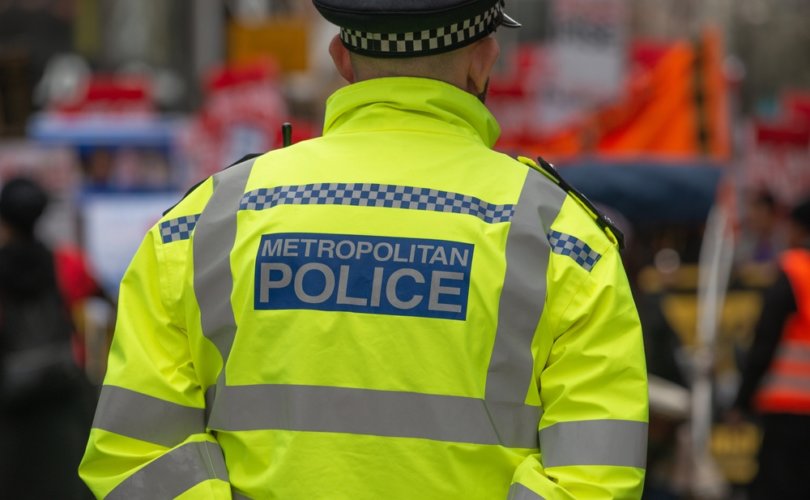 STROUD, England, January 5, 2021 (LifeSiteNews) — A woman who objects to the coronavirus lockdowns was arrested before her family last week for filming what looked like empty hospital corridors.

Debbie Hicks, 46, was taken into custody on December 29, the day after her visit to Gloucester Royal Hospital, and charged with a public order offence. In a subsequent interview, she says that the arrest took place before her husband and 13-year-old son, frightening the child.

Hicks recorded herself commenting on the deserted hallways and wards, claiming that the hospital was “completely empty” and condemning the lockdown measures and, as an aside, the MacMillan Cancer Support charity. After she was confronted by people in the hospital, she remarked that they were “two stupid old women who want to know why I’m not wearing a face covering.”

Hicks then posted eight minutes of the footage to Facebook.

The National Health Service (NHS) has denied that Hicks’ video illustrates that the hospital is empty. The Gloucester Hospitals NHS Trust made a statement on December 28, addressing the video.

“Our hospitals are and remain extremely busy and colleagues at both our hospitals have been working hard throughout the festive period to care for our patients,” it said.

“Contrary to what you may have seen through ‘secret filming’ on Facebook, our hospitals are and remain extremely busy. We are currently caring for more than 200 patients with COVID-19, including many who require treatment in our critical care departments and a further 500+ non-COVID patients who need our care and expertise.”

The NHS also stated that “outpatient departments and some shops” in their hospitals had sometimes been closed over “the Christmas break” and condemned the filming of patients. Hicks’ film footage shows about a dozen people in the hospital, including in the emergency A&E department

“Filming patients who are waiting in A&E without their consent is both intrusive and upsetting as maintaining patient confidentiality is key to our hospitals being a safe space for you to receive the care you need,” the NHS stated.

Hicks’ husband filmed her arrest at home. Hicks first spoke to police, and was handcuffed, wearing only a bathrobe and after receiving permission to dress, was handcuffed again. She was granted bail on the condition that she not enter any NHS building without an appointment, except in an emergency.

Member of the Public ( Debbie Hicks ) handcuffed & took to police station for . ONLY . filming empty hospital that belongs to the Public . CLICK . pic.twitter.com/9hU1XrMAy9

On January 2, Hicks recorded a statement in which she described her arrest and processing at the Gloucester Constabulary custody suite. She believes there were serious breaches of protocol or procedure during her arrest and detention, including the police not showing a warrant before entering her home, and her remaining handcuffed, with her hands behind her back, for an hour before she was read her charge.

“And when the handcuffs finally came off, after much protest from myself that they were hurting, my hands were swollen up really badly, and I showed them, and [the police]  ignored me,” Hicks related.

According to Hicks, when she said that she didn’t understand the charge, her words were used as evidence that she was mentally ill, and she was told she would need a “responsible adult” with her. After being provided with one, she was put in a holding cell. She was not allowed to make a phone call or to get her own lawyer, and yet she was made to have a police interview, she said. She also stated that she would be held down and forced to give a DNA sample if she did not do so willingly. In her interview, where she was accompanied by the unwanted “responsible adult”, she refused to answer questions and voiced her resentment at being treated as if she were “mentally ill or incapable.”

Hicks also said that police told her husband, in front of their 13-year-old son, that they believed she was mentally ill and asked him to sign her bail papers, which he refused to do.

“It doesn’t matter what you think about the Covid situation,” Hicks said in her January 2 statement.

“What you seriously have to ask yourself is if we have reached a point as a society where just for filming an empty hospital, a woman with no criminal record, who is not a risk to the public, is subject to all of that.”

But despite her “horrific” experience, Hicks was upbeat, for she believed that her arrest had opened an international conversation about the truth about the number of Covid-19 patients in hospital.

Hicks had been arrested previously at a lockdown protest.