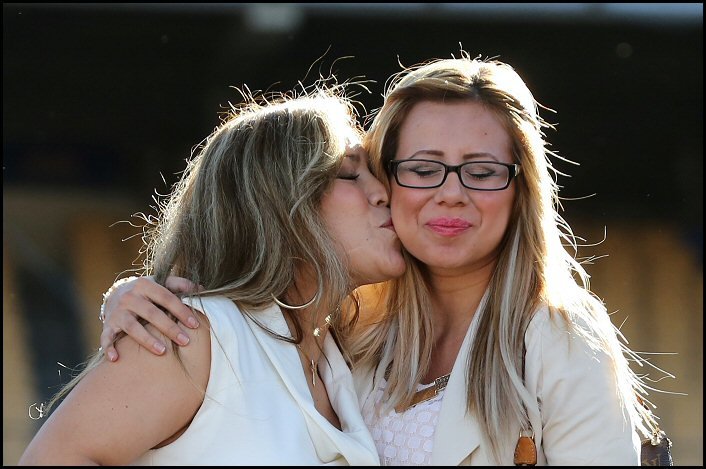 MEXICO CITY, April 26, 2010 (LifeSiteNews.com) – “Don’t worry, you’re not going to have the baby…your womb is very young….you are very weak…it’s going to be a high risk pregnancy…your life is in danger….you should consider it…”

At the age of 12 years, after having been raped by a gang in her neighborhood, Lianna Rebolledo was told she was pregnant — and the doctors wanted her to have an abortion.

But Rebolledo, who is now 33 years old and works at a radio station in Los Angeles, says she never even considered the possibility, and she wants others in Mexico to know that she is very happy that she chose life for her child.

After she was raped, says Rebolledo, she wanted to die, and tried to commit suicide by taking an overdose of pills. She was rushed to the hospital, where doctors pumped out her stomach and saved her life. They then informed her that she was pregnant.

She says that she never saw an ultrasound of her child, but that she was allowed to listen to the beating of her baby’s heart through a stethoscope. “When I heard the word ‘heart,’ believe me I immediately felt that I have something with me that is mine, that belongs to me, no one is going to be able to take it away from me, and I am no longer going to be alone,” she told the Mexican newspaper La Prensa in a recent interview.

“After I heard her heart, I knew that I had to advance so that baby would have everything she needed, so I worked and studied for a degree in communication, to give the best to my child, who was always telling me ‘thank you for not having given me (in adoption) mommy,'” she said in an interview with the newspaper Ovaciones.

“I continued to study. It has been difficult but tell me: what is easy in life, right? And believe me that at the end of the day and after all these years, I see that it has been worth it.”

Rebolledo says that she would like to meet a ten year old girl from the state of Quintana Roo who is currently pregnant after being raped by her stepfather, to tell her her story. Pro-abortion organizations in Mexico have sought to exploit the case to promote the legalization of abortion, and have tried to persuade the girl’s mother to consent to the procedure, despite the fact that doctors say an abortion would endanger her health at this stage in the pregnancy.

“At 12 years, I was raped, I became pregnant,” says Rebolledo. “I have a child who is almost 20 years old and the life of this little person has given me so much, because at the end of the day she ended up giving life to me, not I to her.”