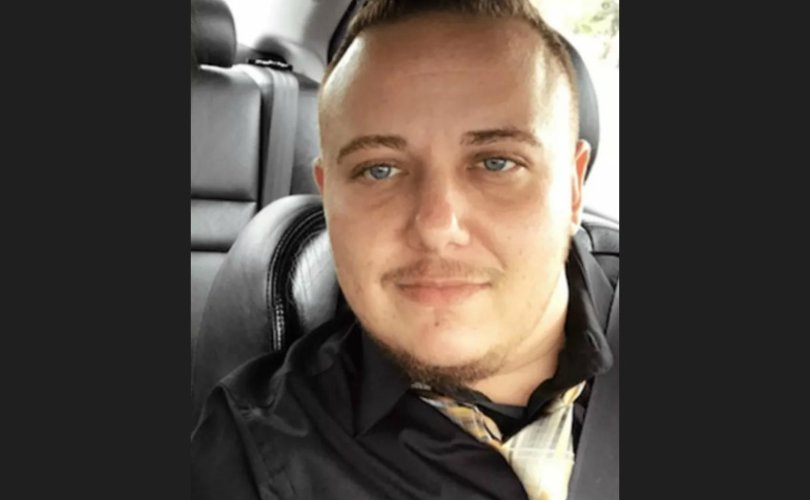 PATERSON, New Jersey, January 6, 2017 (LifeSiteNews) – A New Jersey woman is suing the Catholic hospital in Paterson after it declined to perform a hysterectomy as part of a “gender reassignment.”

Gay legal advocacy organization Lambda Legal filed suit January 5 against St. Joseph’s Regional Medical Center, its parent health system, and the priest in charge of pastoral care and patient relations. They are alleging discrimination based on sex and gender identity.

Citing federal and state law, the lawsuit alleges the hospital and Father Martin Rooney denied Jionni Conforti “medically necessary treatment” that would “help Jionni align himself with his true sex.”

Requesting a jury trial, the suit seeks an injunction forcing the health system to provide gender reassignment and other similar treatment to gender-confused individuals, as well as damages for Conforti’s “emotional distress and suffering, embarrassment, humiliation, emotional pain and anguish, violation of his dignity, and loss of enjoyment of life.”

Conforti had been scheduled for a complete hysterectomy in 2015. Her lawsuit says she was initially told by the head nurse in charge of surgery that she could have the procedure, but was later told by a hospital administrator that her surgeon could not perform the hysterectomy because the hospital was Catholic.

“I felt completely disrespected,” Conforti said, according to the Associated Press. “That’s not how any hospital should treat any person regardless of who they are.”

In a statement provided to LifeSiteNews, St. Joseph’s Healthcare System said the hospital follows the Catholic Ethical and Religious Directives (ERDs) promulgated in 2009 by the United States Conference of Catholic Bishops (USCCB).

“St. Joseph’s Regional Medical Center is a leading Catholic healthcare institution serving one of the most diverse and underserved populations in New Jersey,” it said. “The Medical Center follows the Ethical and Religious Directives for Catholic Health Care Services in making decisions about care and treatment.”

The ERD’s are guiding principles for Catholic hospitals to ensure they operate in line with Catholic teaching.

Mental health experts have stated that “gender reassignment” is not likely to alleviate gender dysphoria and will generally result in leaving the gender-confused person with negative effects and regret.

Conforti’s suit comes just after a Texas federal judge put a halt to new US Health and Human Services (HHS) regulations prohibiting discrimination based upon gender identity by doctors, hospitals, and insurers.

Catholics and other opponents argue the Obama regulations put Catholic and other employers in a bind by forcing them to go against their morals, and cite Pope Francis’ comments upholding Catholic Church teaching that a person’s gender is determined by God and not alterable.

The state of Texas filed suit in August on behalf of Catholic hospital network Franciscan Alliance and four other states.

Judge Reed O’Connor ruled December 31 that religious hospitals would be forced to violate their beliefs or risk severe penalties if they did not amend their policies to be in line with the regulations that were set to go in effect January 1.

Another legal challenge to the regulations came as well when a group of Catholic businesses and organizations, including and the Diocese of Fargo, filed in federal court last week in North Dakota.

But another issue raised in the suit against the St. Joseph’s Healthcare System in the New Jersey case is the hospital’s patient bill of rights, which according to the suit guarantees treatment without discrimination and includes gender identity and expression.

“Jionni has suffered emotional distress, humiliation, embarrassment, and a loss of dignity at the hands of St. Joseph’s Healthcare—who purportedly pride themselves on providing health care with a “patients first” approach,” it says. “St. Joseph’s Healthcare’s discriminatory actions are also contrary to the SJHS Patient Bill of Rights, which expressly entitles all patients to “treatment and medical services without discrimination based on . . . sex, . . . [and] gender identity or expression.”

Conforti also complains that the hospital makes hysterectomies available to other women who are “cisgender” the descriptor of transgender activists for those who identify with their birth gender.

She also was “shocked, confused and hurt” enough by the hospital’s decision according to her complaint that it left her with a wariness of obtaining care there, driving her to refuse treatment after an October 2016 car accident, when EMS told her she would have to pay for the ambulance ride to another hospital because it was further away than St. Joseph’s.

Conforti said, “I don’t want other trans people to have to go through and feel what I felt.”