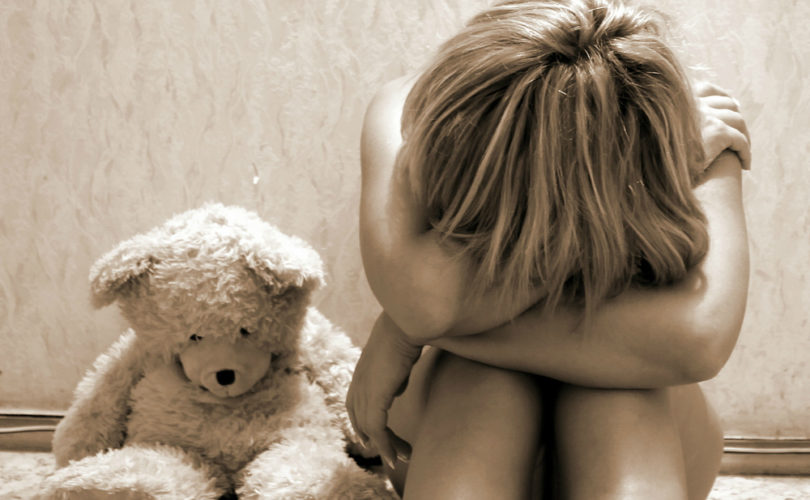 January 30, 2015 (LifeSiteNews.com) — A 43-year old woman has broken her silence on at least 14 years of horrific abuse at the hands of her deceased father. The abuse included a forced home abortion that was the result of incestuous rape.

As originally reported by The Daily Record, Scotland's largest newspaper, Judy van Niekerk played the role of a “dutiful wife” to her father from age six to 20, when she ran away from home. According to van Niekerk, her mother left the family for the first time when she was six, which was when Noah Walsh began indoctrinating his young daughter to be his housekeeper and sex slave.

“When I was six and my dad taught me to box. I was only little but he expected me to fight him, even though it hurt me,” van Niekerk says. “He was mean to my mum and called her useless and lazy and hit her.”

In addition to taking care of her five siblings, van Niekerk was forced to do “back-breaking housework” and “stay up” with her father, where “he…would force himself on me.”

“I was only a kid when he started to sexually assault and rape me. I was in such pain afterwards. He left me feeling confused and totally worthless.”

It was the continuous rape that left van Niekerk, who is now married, pregnant for a second time at the age of 14 (the first pregnancy ended in a miscarriage). In order to hide his abuse, Walsh further harmed his daughter, eventually succeeding in aborting his grandchild.

“I wanted to keep the baby as I was incredibly lonely locked up all day,” said van Niekerk. “I hoped it would give me someone to talk to.”

“[H]e punched me in the stomach, made me take scolding hot baths, to try and end the pregnancy. Finally, he carried out a home abortion using a coat hanger.”

Van Niekerk's third pregnancy, at the age of 16, ended at an abortion clinic, after which the woman says that she “apologized to dad for getting pregnant. I felt it was my fault. I was brainwashed.”

Additional abuse included Walsh shooting his daughter in the chest, breaking her bones, and calling her “evil.”

In 2000, after traveling to London to train as an accountant and meeting her future husband, Tiny, van Niekerk told police what had happened to her. She was forced to testify against her father as he watched, and he was given 15 years in prison.

It was there that he died, killed by cancer. And it was also there that van Niekerk visited him in 2004, where she said they told each other they loved each other, and that she “finally…was at peace,” and “had complete love and compassion for him.”

Abortion is frequently used to cover sexual abuse, and in some cases with the cooperation of abortionists.

Last year, Dr. Ulrich Klopfer of Indiana was found to have covered up the alleged statutory rape of several girls, aborting their unborn children and not reporting the occurrences for months afterwards, in violation of state law. Klopfer said that he regularly advises women and girls to go to nearby states to avoid the reporting requirements in Indiana.

Likewise, abortion was used to cover the incestuous rape and pregnancy of a 12-year-old girl in Quebec, Canada. The parents of the girl were eventually sent to prison.

Investigations by Live Action also show that abortion clinic employees in Indiana and other states have illegally attempted to cover up statutory rape, girls pregnant from sex trafficking, and other cases of non-consensual sexual activity that resulted in pregnancy.

Father jailed for beating pregnant daughter after she refused abortion