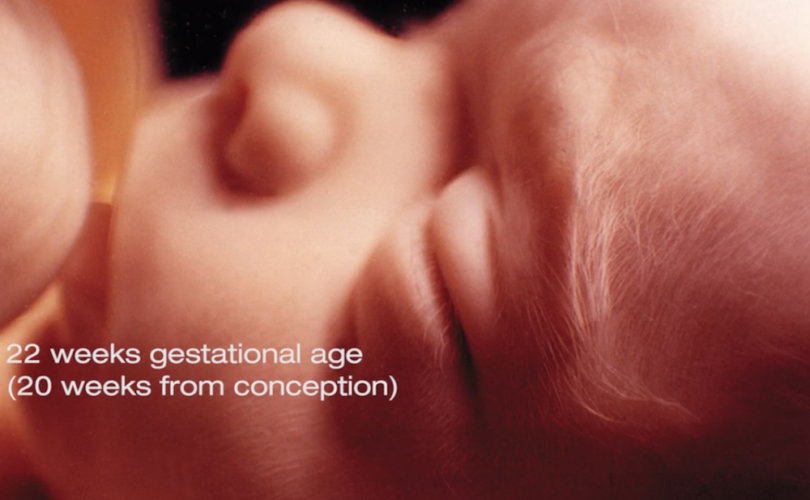 According to videotaped testimony of a woman who went to Planned Parenthood, a doctor admitted that babies born alive are killed to complete an abortion.

The woman went to Planned Parenthood for a late-term, two-day abortion earlier this year. She was just over 22 weeks along. On the way into the abortion business, she was given information from Pro-Life Action Ministries’ sidewalk counselors.

The first step in her late-term abortion was to inject the baby with digoxin through the mother's belly. Digoxin is strong heart medicine that kills the baby more than 90 percent of the time. The woman testifies that she received the injection and was sent home.

But after reading the pro-life information given her outside the abortuary, she began to have second thoughts. The next day, she asked for an ultrasound before completing the two-day abortion that revealed the digoxin had not worked. Her baby was alive and well.

Already wavering, she asked the abortionists, “If you guys were to take him out right now while he’s still, his heart rate is still, you know, going, what would you guys do?”

The abortionists hesitated, looked at each other, and one then admitted,

“We don't tell women this, and a lot of women don’t even ask this question, but if we was to proceed with the abortion and the baby was to come out still alive and active, most likely we would break the baby’s neck.”

The mother decided then and there to give her baby life. She told the abortionists to remove the dilators so she could go home, but they began pressuring her to continue.

Eventually, the woman was released and went home. She gave birth at full term and her baby is doing well.

But questions remain regarding Planned Parenthood’s practices. Because of the private nature of abortion, no one knows how widespread the practice of infanticide is in the industry.

The law clearly states that “all reasonable measures” must be taken in the case of babies intended to be aborted but born alive “to preserve the life and health” of the child.

Nevertheless, as the woman heard, “We don't tell women this.” Such violations of Minnesota’s Born Alive Infants Protection Act are obviously not reported by the nation’s largest and most lucrative abortion chain.

Pro-lifers are calling for answers. “Planned Parenthood in Minnesota must be investigated,” Pro-Life Action Ministries Executive Director Brian Gibson said. “How many other laws are they willing to, and most likely, violating? We have no idea since there are no inspections, no compliance checks and no investigations when these ugly realities come to light.”

The Center for Medical Progress (CMP) recently released new undercover footage with an Arizona Planned Parenthood abortionist implying that when digoxin fails she kills babies born alive. “The key is, you need to pay attention to who's in the room,” the abortionist confided.