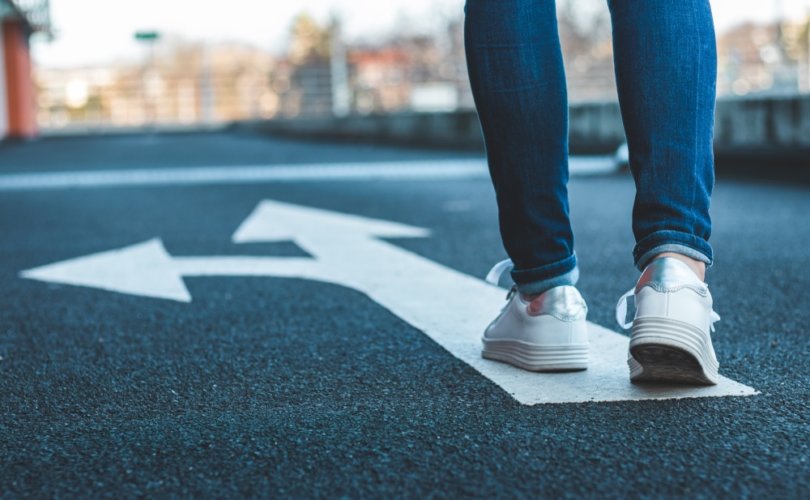 BELGIUM, March 13, 2020 (LifeSiteNews) — A 21-year-old woman from Belgium who portrayed herself as a male, then reverted to presenting herself according to her true sex is speaking out about the deception of the doctor who encouraged her to go through with hormone drugs and mutilating surgery and the lack of countervailing voices that could have spared her the experience.

This week, the BBC published an interview with Ellie and her 24-year-old paramour Nele, who is also a former “trans man.” Both subjected themselves to testosterone as well as double mastectomies.

“I realised I was doing a lot of boy things, and some people weren’t fine with that — especially other kids,” Ellie recalls of her childhood. In her teens, she came out as a lesbian and decided, “I just didn’t want to be a woman. I wanted to be neutral and do whatever I wanted.”

She began to seek out male hormones at age 16 after seeing YouTube videos on the subject. The first doctor she and her parents consulted suggested waiting until she was older, so she found a second one who told her what she wanted to hear. A year later, she had her breasts removed.

“He told my parents that all the effects [of hormones] were reversible — which is the biggest lie,” Ellie recalls. “I had done my research, and I knew that this doctor could not be trusted. But I was just so happy that he said that, because then my parents were OK with it.”

Her father Eric recalls having reservations but feeling reassured by the doctor that this was for the best. “I would’ve liked to have met someone to give me the words and find arguments to make her wait and think about it longer, but there was no-one,” he admits.

These issues made dating a challenge, but eventually she met Nele, and the two bonded over their shared issues. Nele too had grown up uncomfortable with her sex, had taken transgender hormones, and with Ellie’s support had her own double mastectomy.

Yet personal and ideological factors both continued to cast doubts on their “male” identities. The ongoing debate between transgender activists and traditional feminists had Ellie questioning if she was truly transgendered or if her change was “just a way I found to go through life,” while she and Nele were both diagnosed with vaginal atrophy, a side-effect of testosterone.

“Isn’t it worth trying to go natural for a bit, and just see how it goes?” Nele thought, and Ellie agreed.

Today, the two maintain the website Post-Trans.com, a “space for female detransitioners and desisters to share their journeys.”

Nele says that despite her experiences and ultimate decision to reverse it, she doesn’t regret her initial transition. She credits transition as the only alternative to suicide she saw at the time but acknowledges that it “also brought me to a place of reflection on why I really transitioned,” which eventually ended with her resolving to “face the bad image of women that society taught me and embrace a new and stronger one.”

A range of medical literature suggests that exposing gender-confused children to “transition” treatment is harmful in the long run, in no small part because fixating on “gender affirmation” tends to distract from exploring other issues that may be at the root of a patient’s mental or emotional unrest.