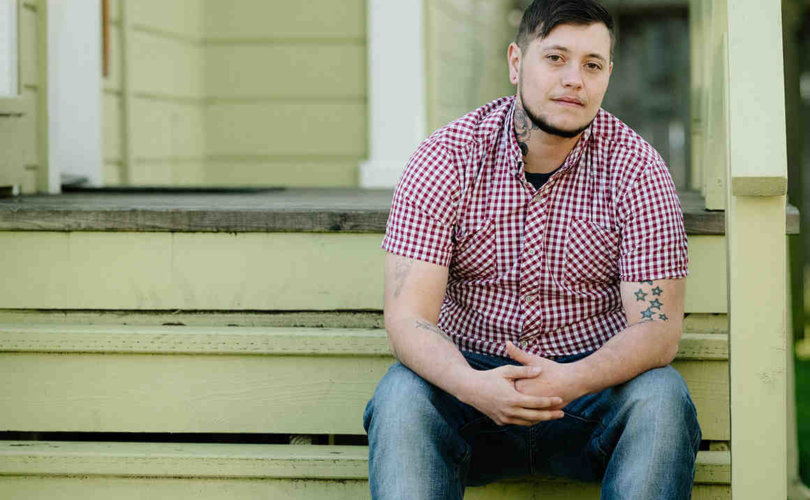 EUREKA, California March 27, 2019 (LifeSiteNews) – A California woman who claims to be a man is suing a Catholic hospital for refusing to remove her healthy reproductive organs, citing religious principles.

In August 2017, a woman known as “Oliver” Knight was scheduled for sterilization surgery as part of a “transition” to a male identity. According to a release from the ACLU, she was refused the operation because St. Joseph Hospital of Eureka and Providence St. Joseph Health Network do not “recognize gender-affirming care,” and thus cancelled the surgery. Both the ACLU and the Rukin, Hyland and Riggin law firm are suing the hospital, claiming that its “discriminatory denial” was because Knight claims to be “transgender.”

According to documents filed in Humboldt County superior court, Knight (29) was scheduled for a hysterectomy on August 30, 2017, by Dr. Deepak Stokes, following a diagnosis of “gender dysphoria.” The procedure was to remove Knight’s uterus, ovaries and fallopian tubes. Knight’s legal team claims that she was told by Dr. Stokes, minutes before the procedure was to occur, that the operation had been cancelled because she “did not meet [the hospital’s] parameters for sterilization.” The hospital does conduct hysterectomies for conditions that include gynaecological cancer and uterine fibroids.

The lawsuit also claims that Knight was forced to wear a pink hospital gown instead of blue. According to the lawsuit, “Hospital staff also repeatedly mis-gendered Mr. Knight despite his preferred pronouns, his traditionally masculine appearance, and the fact that his medical records clearly identify Mr. Knight as male.” [italicized in the original] Knight wears masculine clothing and has a beard.

Because Defendant routinely allows Dr. Stokes and other physicians to perform hysterectomies for cisgender patients at the Hospital to treat diagnoses other than gender dysphoria, Defendant’s refusal to allow Dr. Stokes to perform Mr. Knight’s hysterectomy at St. Joseph Hospital – Eureka constitutes discrimination against Mr. Knight due to his gender Identity.

The lawsuit claims that the hospital violated California’s anti-discrimination laws and the Civil Rights Act, and caused intentional and negligent infliction of emotional distress. However, Knight was able to have the procedure a few days later at the Mad River Community Hospital in Arcata,  California, where Dr. Stokes has privileges.

The lawsuit says that “gender dysphoria” is a recognized condition that was cited on Knight’s medical record. According to the ACLU, the decision to cancel Knight’s surgery was “initiated by an ‘Ethics Assessment’ completed by David Groe … a reverend, with no medical training or medical licensure.”

A group of leaders of various religions released a letter in 2017 stating that transgender ideology is dangerous and that parents should shield their children from it. “The movement today to enforce the false idea—that a man can be or become a woman or vice versa—is deeply troubling. It compels people to either go against reason—that is, to agree with something that is not true—or face ridicule, marginalization, and other forms of retaliation.”

According to a statement from ACLU, attorney Jessica Riggin of Rukin Hyland & Riggin said, “The refusal of St. Joseph to allow a doctor to perform a medically necessary procedure because the patient is transgender is discriminatory.” The law firm has joined ACLU in suing the hospital. Regin added, “This is a hospital that is open to the general public, so even though it’s religiously affiliated, it’s illegal for them to turn away someone based on gender identity. Everyone should be able to get the care they need.”

In a similar lawsuit, a woman sued Dignity Health — another Catholic health care organization — in 2017 for denying a hysterectomy. While a court ruled against the healthcare provider, an appeal is now going forward.