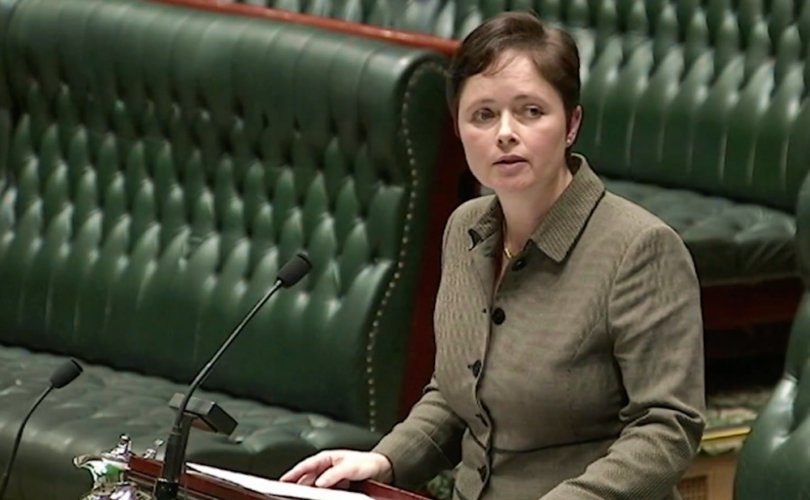 SYDNEY, June 11, 2018 (LifeSiteNews) – Minister for Women Tanya Davies was one of just eighteen members of the New South Wales Parliament to vote against a measure restricting pro-life witness in the vicinity of abortion facilities in a contentious overnight vote last week.

The bill passed with 61 votes in favor around 1:20 AM Friday morning, the Australian Broadcasting Corporation reports, after several hours of debate. It makes it a crime punishable by jail time to film people entering or exiting abortion facilities, or engage in conduct the law deems “harassment” or “intimidation,” within 150 meters of an abortion facility

Premier Gladys Berejiklian and Deputy Premier John Barilaro were among the law’s supporters.

However, while the bill passed overwhelmingly, pro-abortion voices have singled out Davies and Minister for Family and Community Services (and former sex discrimination minister) Pru Goward for opposing it.

Davies said that the bill would take away real “choice” from women.

“These volunteers care deeply about the women. They offer support and information that they know will not always necessarily be provided within the abortion clinic,” Davies argued, challenging the premise that harassment will be the only form of interaction targeted. “They are providing the other pieces of information that some women choose to accept. They don’t force their views onto these women. They are offering simply another choice to those women.

“Yet this bill will criminalize that offer of choice and the sharing of information,” she added.

Davies is pro-life, while Goward said she is a “strong supporter” of abortion but still had to oppose the bill because of her “visceral” commitment to free speech. Censorship “often begins gently and sensitively,” she warned.

Their stand received numerous bitter denunciations from pro-abortion lawmakers and pundits, not only calling for them to lose their jobs but labeling them traitors to their own sex.

“I honestly cannot believe that the Minister for Women would vote against women's safety,” an unidentified government “backbencher,” told ABC. “Un-f*cking believable.” Another said people should “seriously question if [Davies’] position is tenable.”

News.com.au reporter Alexis Carey called the two ladies’ defense of pro-life speech an “act of betrayal so shocking it’s almost laughable,” an indication of “dodgy morals” for which Davies in particular should “immediately” resign.

However, Davies and Goward weren’t the only ones to oppose the bill.

Multicultural Affairs and Disability Services Minister Ray Williams, said he could “never ever” back legislation to potentially imprison someone for “counselling, speaking or praying,” while Liberal MP Alister Henskens predicted it would inflame protests rather than quell them by “creat[ing] a new context for civil protest.”

“This legislation goes further than a simple change of law establishing a 150m exclusion zone,” Catholic Archbishop of Sydney Anthony Fisher said after the vote. “It is a direct attack on freedom of religion, speech and association.”

Victoria, Tasmania, the ACT, and the Northern Territory already have similar laws on the books, though Victoria and Tasmania’s are currently facing legal challenge. The NSW law is expected to face a lawsuit as well.