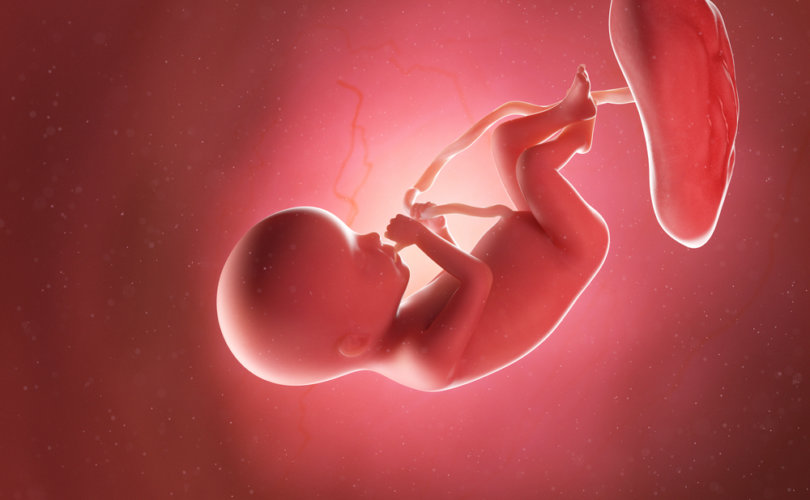 March 9, 2021 (LifeSiteNews) — An international coalition of nearly 100 women doctors, consecrated religious, and pro-life leaders have issued a bold appeal to Christians and all people of goodwill to cease morally justifying the use of abortion-tainted vaccines, arguing that failure to stand up against them is fueling an expanding culture of death involving the trafficking and exploitation of aborted babies for medical experimentation.

The signatories, representing 25 countries worldwide, include 100-year-old Polish physician Dr. Wanda Półtawska, a personal friend of the late Pope John Paul II and victim of pseudo-medical experiments carried out by Adolf Hitler’s personal doctor in the Nazi concentration camp of Ravensbrück. Półtawska, also a specialist in psychiatry, has devoted the last 70 years of her life to working on behalf of pro-life and pro-family issues.

Other signatories include Abby Johnson and Sr. Deirdre Byrne. Johnson is a U.S. anti-abortion activist who worked as a clinical director for Planned Parenthood until 2009, and whose memoirs were the basis of the 2019 movie Unplanned. Sr. Deirdre is a former military general surgeon and missionary who has served in Kenya, Afghanistan, Haiti, Iraq, and Sudan. Her stance on behalf of the unborn gained national attention in August 2020 by speaking at the Republican National Convention.

In the statement, dated March 8, the signatories assert that “fetal cell lines simply do not last indefinitely.” Therefore, “the use of aborted fetal tissue in developing medical interventions most certainly does, and always will, fuel the search for new aborted fetal tissue,” and gives vaccine manufacturers “a strong incentive to create new lines to match the old ones.”

The international group of women also observes that “due to the notable lack of outcry” about the use of fetal cell lines in modern vaccines, “biomedical research with aborted children has expanded in recent decades to include collecting and trafficking the bodies of murdered unborn babies for use in research that would normally be considered unethical to perform on a human being.”

“General acquiescence to abortion-tainted vaccines, particularly by Christians, has only contributed to the culture of death,” the women write. “We cannot sit back as the use of aborted human fetuses in medical research is gradually normalized as an ‘unfortunate’ part of modern-day medicine.”

“It is time for clergy and laity to boldly confront this horror and defend the right to life for the most vulnerable with ‘maximum determination,’” they insist. “This evil offshoot of abortion must be ended!”

In considering specifically the COVID-19 vaccines, the signatories, including three former members of the Pontifical Academy for Life — Dr. Pilar Calva, MD (Mexico), Mercedes Wilson de Arzu (Guatemala), and Christine de Marcellus Vollmer (Venezuela) — “humbly” suggest that Pope Francis, the Vatican and bishops worldwide “reevaluate” their statements on the basis of a more complete assessment of the “science of vaccination and immunology.”

They should consider, they add, that the average survival rate from SARS-CoV-2 infection is “higher than 98.3%”; that the data is still “insufficient to determine possible long-term effects” of the vaccines; and that their “experimental nature” makes “urging, coercing, or forcing” people to take it a “direct violation” of the Universal Declaration on Bioethics and Human Rights.

“When taken together,” they write, “these factors demonstrate that statements that justify the use of the abortion-tainted COVID vaccine candidates not only ignore the gravity and immediacy of the crimes committed against the unborn, they ignore the scientific evidence about the disease and the inadequacy of the current vaccine candidates and their known and unknown risks.”

The appeal, which aims to reawaken the world to the “reality of abortion” and re-sensitize minds to the “source of fetal tissue” used in some vaccines, describes in detail the horror of what happens to a child who is murdered in its mother’s womb, asking, “How can we willingly benefit from their sacrifice?”

“Abortion is the modern-day Massacre of the Innocents,” the signatories write, expressing their firm resolve to “refuse to accept any and all vaccines made using cells derived from aborted human fetuses.”

“As Christians we are called to put on the mind of Christ and unite our hearts to the Sacred Heart of Jesus and the Immaculate Heart of Mary,” the international group of women concludes. “The hour has come for us to imitate the early Christians in their willingness to lay down their lives for the Truth.

“We will not be complicit. It is time to stand up!”