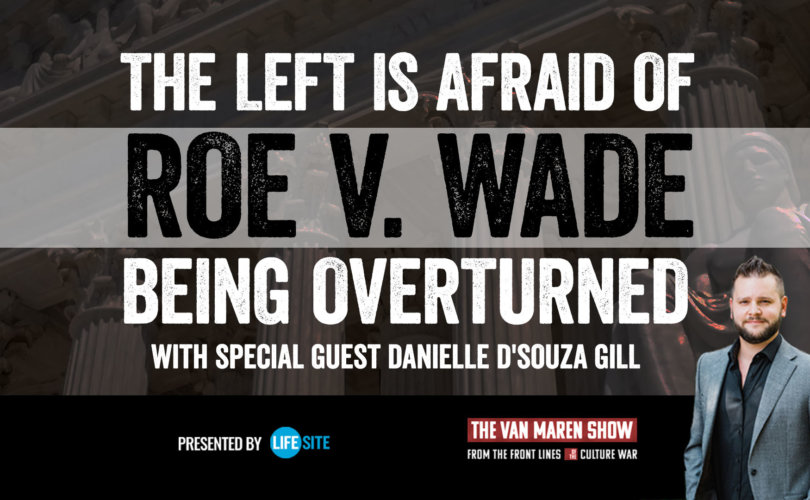 September 16, 2020 (LifeSiteNews) – Danielle D’Souza Gill is the youngest board member of Women for Trump. She’s also a graduate of Dartmouth College and the author of a new book titled “The Choice: The Abortion Divide in America.”

D’Souza Gill says she wasn’t exactly sure when she became pro-life, and that she was never pro-abortion, but that “over time…seeing the facts, seeing the ultrasound and heartbeat…all of the things that we've kind of seen with abortion really confirmed the fact that we need to protect human life.”

D’Souza Gill told Jonathan Van Maren on his podcast today that she’s been hitting the campaign trail for President Trump and talking to people from all different backgrounds about his pro-life accomplishments.

D’Souza Gill argued that “most Americans today don't even support late-term abortion” and that Democrats are out of step with the rest of the country.

Van Maren also asked her what she wanted to accomplish in writing her book.

“I want my readers to understand..we can be on the attack. We have very convincing arguments, pro-life arguments, and I want them to know how can they debunk the most common pro-choice myths.”

One of those myths, D’Souza Gill said, is the idea that being pro-life means imposing your private views on someone else.

D’Souza Gill said she encourages voters to think about their convictions when going to the polls this November.

“Think about what are your convictions? What are your morals and values?…Who do you think is the candidate that aligns with that?… President Trump has been one of our most pro-life presidents.”

To receive weekly emails when a new episode of the Van Maren Show is uploaded, subscribe below: