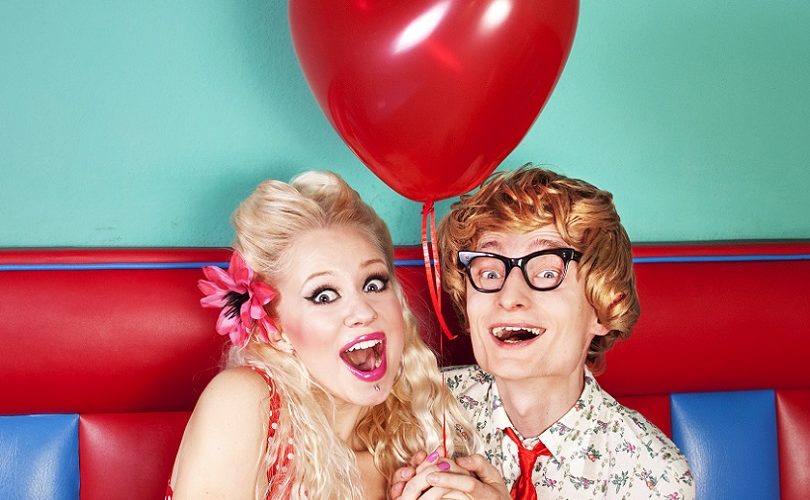 The birth control pill distorts a woman’s view of a potential mate, according to  a newly released study. Researchers found that women using hormonal contraceptives were more likely to find physically undesirable men attractive while on birth control, potentially leading to a rude awakening down the line when the hormones wear off and they realize they aren’t attracted to their husbands after all.

The study, released Monday in the Proceedings of the National Academy of Sciences, followed 48 couples for four years of marriage, and another 70 couples for one year. Researchers found that women who met their husbands-to-be while taking hormonal contraceptives experienced a marked decrease in marital satisfaction upon quitting the drugs – but only if their husband was not above average in his physical appearance.

“Given that women prioritize attractiveness differently when they are on versus off [hormonal contraceptives], I thought that going on or off [the pills] should affect how happy they are with their partner,” study leader Michelle Russell, a graduate student in psychology at Florida State University, told Fox News.

Russell pointed to previous studies showing that women who experience natural fertility cycles are attracted to traditionally masculine-looking men while ovulating, possibly because these men are perceived unconsciously by women to have stronger genes than their weaker, more effeminate counterparts.

Because the progesterone and estrogen in hormonal birth control affect women's fertility and prevent ovulation, Russell’s team concluded that contraceptive users have their natural instincts dulled by the drugs, clouding their ability to discriminate between physically attractive and unattractive mates.

Russell’s study seems to back up previous research indicating that hormonal birth control interferes with women’s judgment when it comes to picking their mates. A 2008 British study showed that hormonal contraceptives dulled women’s olfactory senses, leading them to choose genetically unsuitable mates because they were unable to detect the warning signs given off by pheromones. As a result, such women had an increased risk of miscarriage and difficulty conceiving. If they did conceive, their children were at risk for having weakened immune systems.

Craig Roberts, a lecturer in Evolutionary Psychology and one of the researchers in the British olfactory study, echoed Russell’s concerns about the long-term impact of choosing a spouse while under the influence of hormonal contraceptives. Roberts said he worried such decisions “could ultimately lead to the breakdown of relationships when women stop using the contraceptive pill, as odor perception plays a significant role in maintaining attraction to partners.”

1
WATCH LIVE: LifeSite’s 25th Anniversary Gala – streaming now
2
Dr. Robert Malone: Endless mRNA jabs are in the works as the CDC and FDA play ‘hide the data’
3
Open letter to Elizabeth Warren: Why do you campaign so strongly for the murder of the unborn?
4
Why is Pierre Poilievre silent on the family policies that matter to conservatives?
5
Trump-backed candidate wins easy victory over Liz Cheney in Wyoming Republican primary
Subscribe to Daily Headlines »