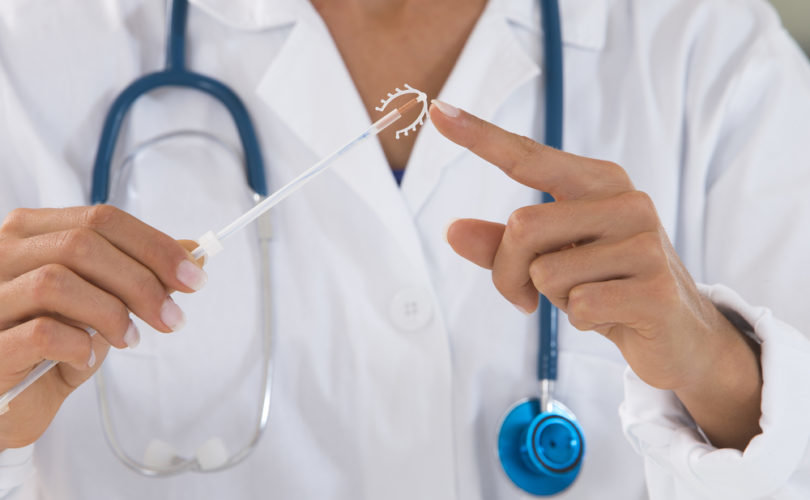 ABERDEEN, Scotland, March 24, 2016 (LifeSiteNews) – Upending years of widely accepted talking points from Planned Parenthood and the Obama administration, a study has found that post-abortive women who use long-acting contraceptives like the IUD or Depo-Provera are nearly twice as likely to have a repeat abortion than women who use no birth control at all.

Women who had IUDs or long-acting reversible contraceptives (LARCs) implanted before they left the operating room had a 1.78 higher chance of having a repeat abortion within two years than women who did not, it concluded.

Researchers at Scotland's Aberdeen University used NHS data from the Grampian (Scotland) region to study 13,621 women who had an abortion between 1997 and 2003. More than 23 percent of those women would go on to have at least one more abortion.

“The likelihood of having a repeat termination was increased in women who had a contraceptive implant as post-termination contraception compared to women who left with none, or unknown methods following the first termination,” they concluded in a study published in the Journal of Family Planning and Reproductive Health Care last December.

Jim Sedlak, vice president of American Life League (ALL), told LifeSiteNews the findings come as no surprise to him.

“Every year, the Guttmacher Institute documents that over 50 percent of all abortions are obtained by women who were using a method of contraception in the month they became pregnant,” he told LifeSiteNews.

Pro-life advocates say, if anything, the survey minimizes the number of repeat abortions, because LARCs have the potential to work as abortifacients. The IUD may block fertilization, but may also work to prevent a newly conceived child from implanting in the uterine wall, resulting in an early abortion.

“Yes, these methods, commonly referred to as LARCs, not only lead to more surgical abortions but can and do act to abort children during their first week of life, prior to their implantation in the womb,” Judie Brown, the founder and president of ALL, told LifeSiteNews. “Long acting reversible contraceptives, like Norplant and the like, are not only bad for the female using them but deadly for preborn babies.”

The findings of the Aberdeen University study fly in the face of claims by Planned Parenthood, the Obama administration, and certain medical organizations promoting LARCs as a panacea for unplanned pregnancies.

In its CDC report in 2012, the Obama administration promoted the use of abortifacients to reduce abortion, calling an ObamaCare regulation making LARCs available with no co-pay “an important way to reduce the number of unintended pregnancies and consequently the number of abortions that are performed in the United States.”

Prestigious medical groups walked in lockstep with the Obama administration.

In October 2012, the American College of Obstetricians and Gynecologists (ACOG) released a study suggesting American women, especially teenage girls, should use long-acting reversible contraceptives (LARCs), such as IUDs or other implants.

The American Academy of Pediatrics (AAP) amended its policy guidelines in September 2014 to say, “LARC methods should be considered first-line contraceptive choices for adolescents,” and that pediatricians should begin discussions of potential sexual activity by “describing the most effective methods first.”

“The AAP’s recommendations will be a great help,” Heather Boonstra of the Guttmacher Institute, which has linked to Planned Parenthood, said at the time, because they would help “change the minds of” pediatricians who do not believe that “adolescents are appropriate users for the IUD.”

ACOG denies that the IUD is abortifacient by changing the beginning of life from fertilization to implantation.

However, AAP admits there are undesirable side effects among young women. IUD “expulsion” – in which the the device rips through the uterus potentially causing such issues as kidney failure – “may occur more frequently in younger women.”

Also “more than half of” young women who have never given birth “report moderate to severe pain with insertion.”

Nonetheless, the abortion industry continues to promote LARCs – the most expensive form of birth control Planned Parenthood offers – to its clientele. In its most recent annual report, Planned Parenthood touted its work to “raise awareness about the most effective forms of reversible birth control — IUDs and hormonal implants. These long-acting reversible contraceptives are shown to reduce unintended pregnancy.”

“Given this knowledge, as confirmed by the recent study, it is dishonest for groups like Planned Parenthood to continue to pretend that the use of contraceptives decreases the number of abortions,” Sedlak told LifeSiteNews. “It is simply not true.”

Faced with these conclusions, the Aberdeen University study's lead researcher, Dr. Sohinee Bhattacharya, said the answer is more widespread use of the IUD. Dr. Bhattacharya told the Scottish newspaper The National that she may develop an app that would remind women to have their IUD or LARC replaced with a new one when it expires, as doctors do in Cambodia.

But pro-life advocates say both science and experience suggest this is a poor solution.

“The materials of the culture of death never have good outcomes for those who use them,” Judie Brown told LifeSiteNews, but “those who follow natural law assist in building a culture of life, love, and good health.”