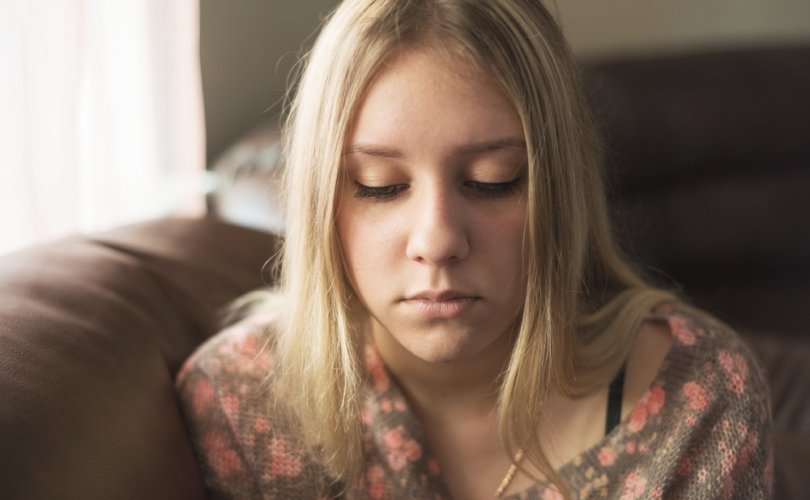 ARLINGTON, Virginia (LifeSiteNews) — A women’s apostolate based in northern Virginia continues its mission to pray daily and intentionally for troubled youth, offering a concrete response to the growing attacks of evil against children and the family.

St. Michael’s Army of Intercessors, a prayer mission run by the Women’s Apostolate to Youth (WAY), is dedicated to praying for youth who are struggling to fight against the evil pitted against them in modern society.

“We ask people to join the St. Michael’s Army simply by saying that they will pray for these children every month,” Sheila Jenkins, a member of WAY who has served as the prayer apostolate’s coordinator for the past 10 years, told LifeSiteNews in a phone interview. “It is just to say that you’re going to pray the St. Michael prayer every day for the intentions that we have for that month. We pray for the kids for 30 days and then we commend them to the Lord.”

St. Michael’s Army of Intercessors consists of two main communications, sent over email to those who have signed up to “join the army.”

Jenkins explained that she sends the first message to participants “asking for nominations” of young people to pray for in the coming month. Although submitted with names and some detail about a youth’s particular struggle, Jenkins said that she replaces names with aliases to maintain anonymity and privacy. After gathering nominations for each month’s intentions, she sends another email with the “list of children to pray for,” along with an encouraging message for participants.

The apostolate, founded roughly 25 years ago, currently has about 90 lay people and 20 clergy members involved in the mission. While everyone who joins St. Michael’s Army commits to praying the St. Michael prayer and a prayer to Our Lady of the Immaculate Conception, the apostolate also asks that each priest offer one Mass per month for the troubled youth on the intentions list.

Jenkins also said that people who are on the list are typically under the age of 25, ensuring that the “focus is on the youth.”

St. Michael’s Army of Intercessors is open to anyone who wishes to pray for troubled youth, both laity and clergy. Joining the apostolate is as simple as submitting a name and email address, which will be sent to Sheila Jenkins, who maintains the list of participants.

While the intentions can range from tension with family members to drug addiction, Jenkins commented that prayer requests for young people struggling with gender ideology has increased recently, saying that the issue “has come up a lot” over “the last nine months to a year.”

Although gender ideology is a concept which has spun out of control in recent years, young people have faced other serious attacks since the beginning of the apostolate. During the late 1990s, the WAY ladies recognized the impact of family troubles on youth, who often resorted to immoral pastimes such as pre-marital sex and drugs in response to their family problems. The rise in gender-confused children has renewed the apostolate’s urgency to pray for young people being attacked with the lie of gender ideology.

“WAY has always been a group that is very focused on prayer, and [it] has always been a group that has had a devotion to the angels,” Robin Maas, founder of the Women’s Apostolate to Youth, told LifeSiteNews. “So, we came up with the idea of what we originally called the St. Michael Hotline for Spiritually At-Risk Youth, and it was designed to get people to pray the St. Michael prayer for youth every day as a commitment.”

Maas explained that because there was some confusion over thinking the mission was a telephone hotline, the apostolate name was changed to the more specific title of St. Michael’s Army of Intercessors. The group’s founder called the apostolate “a spiritual rescue operation” in a world that increasingly attacks the traditional family.

WAY, which is a Public Association of the Christian Faithful in the Diocese of Arlington, strives to “promote the spiritual well-being of children and youth and to provide spiritual formation and moral support for women who are called to work in a variety of ministries dedicated to this end” in a direct response to the attacks on children and the family.

Beginning in 1990, WAY has developed four apostolates to complete their mission. In addition to the Army of Intercessors, the group also hosts an annual men’s retreat, a four-part retreat series for mothers and daughters called Project Daystar, and an independent Catholic school in the Diocese of Arlington which educates children from preschool through eighth grade.

Regarding St. Michael’s Army, WAY is looking to expand the reach of the apostolate after 25 years of dedicated service.

“I think it’d be great to invite kids to pray for other kids,” Jenkins said. “To have them pray for other kids who need prayer—you don’t really need to tell them all the details or why you’re praying exactly—but kids being so innocent, I’m sure their prayers would be readily heard in Heaven.”

Maas echoed the calling to further the mission’s reach, telling LifeSiteNews that many of the WAY members were “expressing concern over how much more complicated, difficult and seemingly overwhelming some of the issues that our young people are struggling with right now.”

“We didn’t think the answer was to just necessarily create some new program, but to try and strengthen and build up…the one we already have,” she continued. “I think a lot of people are concerned and frustrated because they feel helpless…and this is something concrete that they can do that will help.”

Those who feel called to join St. Michael’s Army of Intercessors to pray for troubled youth or who are interested in learning more about the apostolate can do so here.