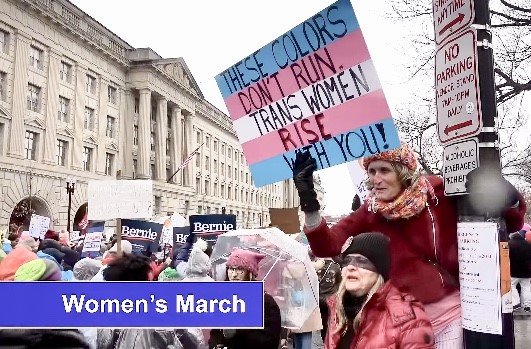 WASHINGTON, D.C. (LifeSiteNews) — The National Women’s March survey asks supporters if they would be willing to engage in actions “putting our bodies on the line” to protest the overturning of Roe v. Wade.

A recent survey published by the National Women’s March before the reversal of Roe v. Wade attempted to “identify what levels of action our base is willing to take after the Court hands down its ruling.”

Women’s March survey asks supporters: “Are you willing and able to engage in escalated direct actions in Washington D.C. — putting our bodies on the line — to protest this decision?” pic.twitter.com/PB042JisLo

“Are you willing and able to engage in escalated direct actions in Washington D.C. — putting our bodies on the line — to protest this decision?” the survey asked.

“We expect the Supreme Court to hand down its official decision overruling Roe v Wade soon,” the survey reads. “If it’s a fight they want, it’s a fight they’ll get. We are preparing to do whatever is necessary to fight for our rights if and when it happens.”

“Are you willing to engage in a General Strike in protest of this decision?” the survey further asked.

Pro-abortion activists have promised increased violence against pro-life organizations across the country. Social media posts have been inciting violence against the pro-life Supreme Court Justices, even suggesting that pipe bombs be sent to their homes.

There have been over 20 attacks on pregnancy centers across the U.S. since the draft of the Supreme Court decision overturning Roe v. Wade was leaked in May.

Following the U.S. Supreme Court‘s historic decision to overturn Roe v. Wade, pro-life pregnancy centers and Catholic churches have faced violence, vandalism and even arson in the wake of the pro-life ruling.

The violence appears to have no end in sight, with the Department of Homeland Security predicting  that terrorist attacks could continue “for weeks.”