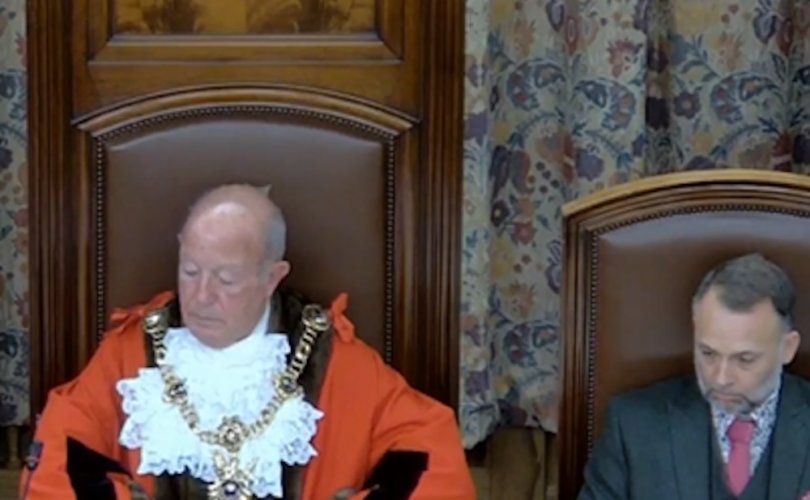 PORTSMOUTH, England, November 15, 2017 (SPUC) — A motion for the Portsmouth city council to “do all within its powers” to prevent pro-life vigils outside the bpas abortion clinic at St. Mary’s Hospital Health Campus in Milton was passed by 31 votes to one. This was in spite of moving testimonies from members of the public defending the 40 Days for Life campaign there.

Abortion clinic told me nothing

Caroline Farrow stood up to recount how when she became pregnant through rape 20 years ago, the abortion clinic offered her no other options.

“I was not informed about the basic facts of my procedure, such as the development of the foetus, that pills were given as a pessary, or that I could expect to experience a form of labour,” she said. “If I'd been given this information or known about how an abortion can affect your mental health, especially during subsequent pregnancies … then I would have rethought. Had I been given the counselling services offered by those outside the clinic, it's likely I would have changed my mind. Had I been offered practical help such as accommodation, financial help to get me on my feet and retrain for a different career, or legal help to challenge my employer's discriminatory policies, then I may have rethought. In an age where choice is key I didn't choose to have an abortion, rather I went through with one because that was the only option available to me.”

If I'd been given a real choice

“When I learnt of services like those offered by 40 Days for Life I was angry that these hadn't been made available when I needed them,” she continued. “I was also angry at how I'd been misled and the reality of abortion glossed over by the clinic. Had I walked past people gently praying in public witness it may well have given me cause for thought…and then, instead of telling you about the baby I lost thanks to having no choice, I would be mother to a twenty year old. If you genuinely believe in choice for women, vote no today.”

Despite several councillors referencing her bravery in speaking up, nearly all of the (mostly male) speakers instead focused on the “right of women to access legal healthcare”, which, they insisted, trumped the right to freedom of speech. The councillor proposing the motion, Will Purvis, repeatedly quoted from a briefing by bpas.

The motion was also ably opposed by Lisa Butler, head of the Portsmouth 40 Days for Life group. She countered many of the accusations made against the prayer vigil, and explained that the whole way of operating was designed around being approachable and non-judgemental to women in need.

Isabel Vaughan-Spruce, who runs the Birmingham 40 Days for Life campaign, presented evidence that it is often opposition pro-choice groups that create a climate of fear around vigils. She showed councillors video evidence of pro-abortion protesters harassing an elderly priest. A local resident also came forward to say that when she came across 40 Days for Life, she was struck by their true care for women and unborn children.

Only one of the four public deputations, a representative for Hampshire Pro-Choice, supported the proposal.

This will cause more trauma to women

In a press release, SPUC's Alithea Williams said: “This is another move in the deeply worrying trend to shut down free speech and prevent women from being offered real choice.

“There is ample evidence that abortion is harmful to women’s mental and physical health. We also know from the witness of the many mothers who have been helped by pro-life volunteers that women often end up at abortion clinics because they feel they have no other choice. Why should volunteers be vilified for offering help to women in need?

“One of the deputies spoke very movingly about how the abortion clinic offered her no options when she was pregnant through rape, and of the trauma she suffered for years afterwards. She said she wished there had been people there offering support. If this motion is acted on, more women will be denied access to support, and more will suffer the trauma of abortion.”

The 31-1 vote included eight abstentions. The full proceedings can be viewed here.