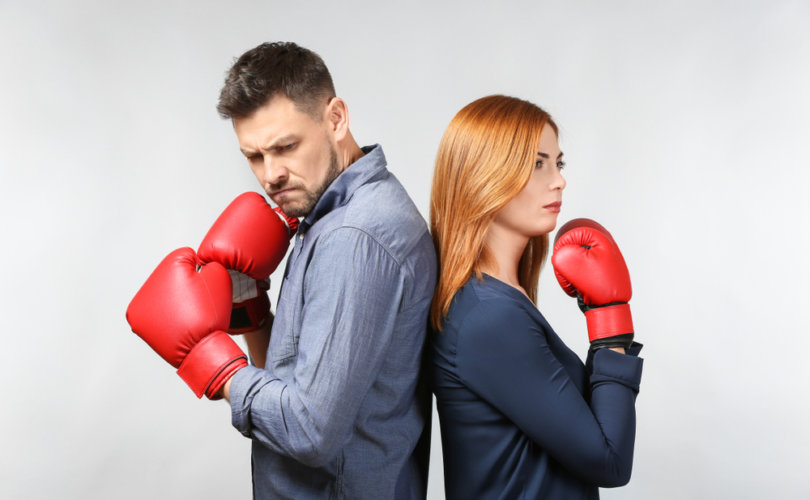 MEXICO CITY, Mexico (LifeSiteNews) – The World Boxing Council (WBC) has announced a ban on gender-confused men competing against women as “a transgender woman combatant may have an unfair advantage.”

While first saying it “firmly and unequivocally supports transgender rights and recognizes the gender identity of an individual athlete” and that it will “continue to champion to protect transgender individuals against discrimination at their workplace, in employment, education and access to healthcare,” the boxing association explained why it cannot allow men to compete against women.

“A combat sport bout should occur between two equally matched competitors. At present there is no consensus whether a bout between a transgender woman against a cisgender (biological) woman is a fair bout between two equally matched competitors,” the WBC wrote. “Metric such as testosterone level less than 10 nanomoles per liter (achieved by using testosterone suppression medication in the transgender woman), in isolation is inadequate to ensure fairness at the time of the bout.”

The statement, written by Dr. Nitin Sethi, explained the damage that could come from men competing against women.

“Combat sports such as boxing are unique since every punch thrown at the head is thrown with the intention of winning by causing a knockout (which is nothing but a concussive head injury),” Dr. Sethi stated in the announcement.

These sports carry an exceedingly high risk for both acute and chronic neurological injuries. Boxers have died during a bout or in the immediate aftermath due to traumatic brain injuries (TBIs) such as an acute subdural hematoma (SDH), epidural hematoma (EDH), subarachnoid hemorrhage (SAH), intracranial hematoma and injury to the great vessels of the neck such as carotid or vertebral artery dissection.

The WBC wrote that there should be a “level playing field” so that competition remains “fair, competitive and entertaining” as well as “safe.”

“At present level of scientific knowledge, the WBC consensus is that allowing transgender athletes to compete raises serious health and safety concerns,” the council concluded.

WBC’s analysis of the physical advantages males retain even after “transitioning” further confirms what is known about male and female biology.

A 2019 study from New Zealand concluded that men who undergo “hormone therapy” retain an “intolerable unfairness.”  The authors found that,“for example, hormone therapy will not alter bone structure, lung volume or heart size of the transwoman athlete, especially if she transitions postpuberty, so natural advantages, including joint articulation, stroke volume and maximal oxygen uptake, will be maintained.”