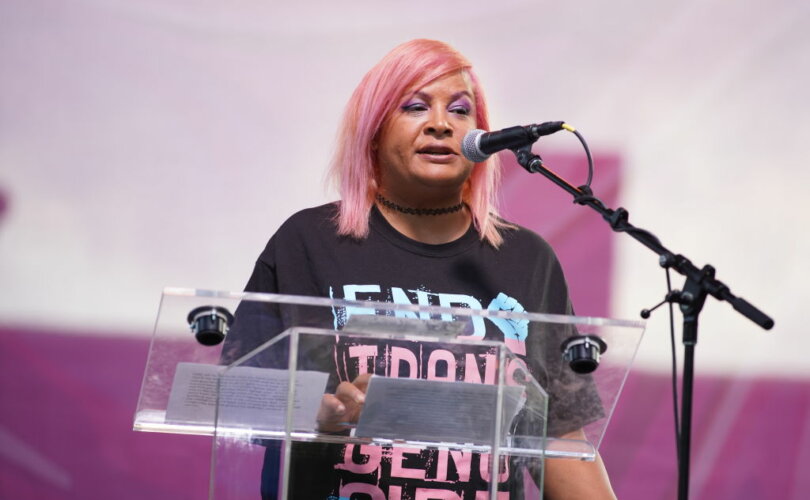 “We are going to put out a global call for those who are interested in 2023 and we will set up the protocols, start consultation and most likely create a league and a tournament,” President Mauricio Sulaiman told The Telegraph. “It is the time to do this, and we are doing this because of safety and inclusion. We have been the leaders in rules for women’s boxing – so the dangers of a man fighting a woman will never happen because of what we are going to put in place.”

Dear champion. All to the contrary! @WBCBoxing rejects and bans any boxing involving a born man vs a born woman. A transgender program is being developed as a form of inclusion but never man vs woman . Please read full story and not react fast without understanding https://t.co/3eBsdQhJCi

Sulaiman reiterated in a December 29 tweet that men will never be able to compete against women. He wrote it in response to female boxer Claressa Shields tweeting at him that “[a] man, who is now identified as a woman, transgender, is allowed to fight against me?”

“@WBCBoxing rejects and bans any boxing involving a born man vs a born woman. A transgender program is being developed as a form of inclusion but never man vs woman,” Sulaiman wrote.

The announcement follows an August 2022 statement from the WBC which banned gender-confused men from competing against women.

At the same time, the WBC likely sought to placate criticism from leftist activists, by saying it “firmly and unequivocally supports transgender rights and recognizes the gender identity of an individual athlete.”

READ: How many female MMA fighters need to get pummeled by men before leftists wake up to their warped ideology?

Gender-confused men have switched to female competition and dominated

The announcement from the WBC comes after years of gender-confused men switching over to female athletic competitions and winning against women.

This includes William Thomas, a University of Pennsylvania swimmer who began calling himself “Lia” and started dominating collegiate swimming against women after lacklustre performances against men. Thomas won the Division 1 Women’s 500 Yard Freestyle in March against Olympic swimmer and University of Virginia athlete Emma Weyant. The victory by the male athlete led Governor Ron DeSantis to sign a proclamation declaring Weyant, a Florida native, the true winner.

Skateboarder Taylor Silverman has also been critical of men competing against female skaters. For example, over the summer she criticized a 29-year-old man named Richard Batres who defeated six female competitors, four of them under 17, this summer in a professional skateboarding competition.

“This does happen quite often in skateboarding. This happened to me on three separate occasions, two of which I placed second, and every time it’s been a different person,” Silverman told Fox News.

“We shouldn’t allow this type of abuse,” she said. “And we shouldn’t be sitting in silence and fear.”