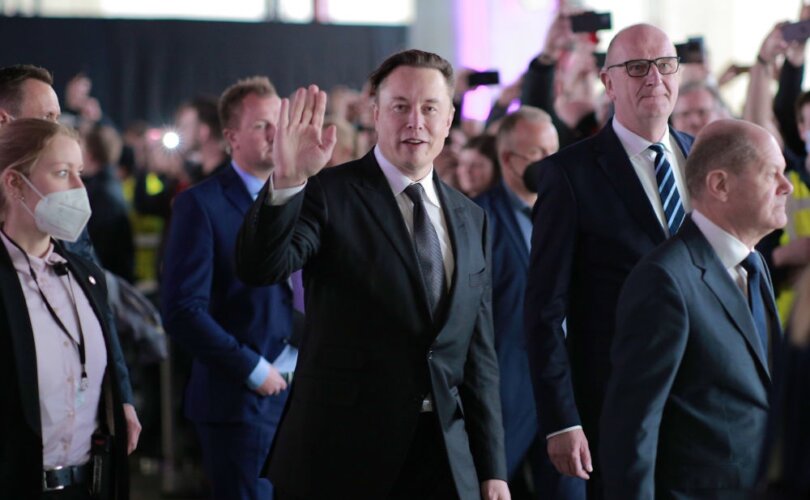 (LifeSiteNews) — The World Economic Forum (WEF) attempted to provide “context” after billionaire and new Twitter owner Elon Musk called out the group’s overpopulation “philosophy” which he said spells the “death of humanity.”

Musk made the remarks in response to a Wednesday tweet by Wall Street Silver highlighting what the user called the WEF’s “depopulation agenda.” The WEF has long espoused the view that alleged “overpopulation” threatens global stability. The organization advocates for widespread birth control and access to abortion to allegedly improve social conditions, particularly for women and girls in third-world countries.

Wall Street Silver’s Wednesday tweet included a short video clip of prominent primatologist Jane Goodall, who told the WEF during a January 2020 panel discussion that many of the world’s problems could be solved if only human population rates were drastically lower.

“ all problems would go away if population went back to where it was 500 years ago”… for reference, population then was 460 million…

“We cannot hide away from human population growth, because it underlies so many of the other problems,” she told the organization. “All these things we talk about wouldn’t be a problem if there was the size of population that there was 500 years ago.”

READ: Pro-life leaders welcome Baby Eight Billion into the world: ‘Not a curse, but a blessing’

According to Wall Street Silver, it’s not “overpopulation” but an impending “population collapse” amid “low birth rates” that will be the “real problem” for the world’s future.

Musk reacted to the tweet by agreeing that Goodall’s view that the earth would be better off with a far lower population “is the death of humanity.”

Musk, the father of 10 children with three different women, has argued for years that overpopulation is a myth. Last year, he called low birthrates “one of the biggest risks to civilization.”

“I can’t emphasize this enough, there are not enough people,” he told The Wall Street Journal.

On Thursday, however, the WEF stepped in to correct the “conspiracy theorists” who they said were reacting to Goodall’s population comments.

In a tweet, the WEF shared a Politifact article from July that attempted to wave away theories that Goodall had made the remarks in reference to the alleged intentional development of COVID-19 for depopulation purposes.

In debunking the claim, PolitiFact said Goodall wasn’t specifically referring to COVID-19 and said she had been making similar comments about overpopulation for “decades.”

The WEF then posted a link to Goodall’s full comments.

Commenters reacting to the WEF’s post pointed out that regardless of any theory that COVID was intentionally designed for population control, the very fact that the WEF and its acolytes have long advocated for a drastic reduction in population growth is the primary issue.

“This isn’t what Musk was disputing,” one Twitter user pointed out, arguing that the WEF’s “fact-check” was “disingenuous.”

“Regardless of the question about COVID-19’s origin, the de-population agenda espoused by people like Goodall, Bill Gates and others is anti-human and based on false premises,” responded LifeSite’s Andreas Wailzer. “And your ‘fact check’ provides no arguments to counter that.”

Regardless of the question about COVID-19’s origin, the de-population agenda espoused by people like Goodall, Bill Gates and others is anti-human and based on false premises. And your “fact check” provides no arguments to counter that.

Goodall’s comments regarding human population mirror those by fellow WEF favorite Bill Gates, who has similarly contended that curbing the planet’s population growth will be necessary to ensure sustainability.

Meanwhile, PolitiFact’s remarks regarding COVID-19 come as many people believe that COVID-19 was developed in a laboratory in Wuhan, China, and that it was either accidentally or deliberately released.