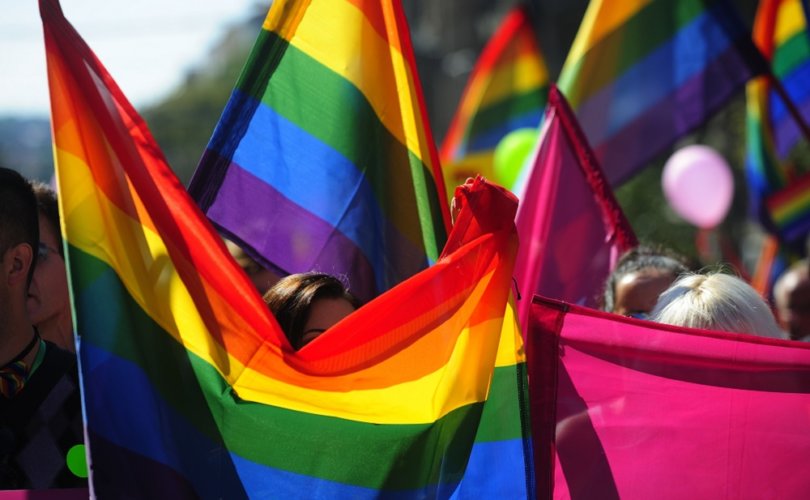 An article published by the World Economic Forum, a non-governmental organization based in Davos, Switzerland, which comprises hundreds of large corporations, argued that better inclusion of transgender and homosexual people “is the secret to cities’ post-pandemic success.”

“There is a growing body of evidence that LGBT+ inclusive cities have stronger ‘innovation ecosystems’, higher levels of entrepreneurialism, and they are better able to attract talent and provide a high quality of life — making them well placed for economic recovery,” the article claimed. “A new analysis of economic resilience offers a potential clue to which economies may be able to recover faster: LGBT+ inclusion is correlated to the resilience of a country’s economy.”

“The analysis by Open For Business, a coalition of companies advancing LGBT+ equality, shows a strong positive correlation (0.67) between how resilient an economy is and how accepting it is of LGBT+ people,” wrote Jon Miller, who happens to be the founder of Open For Business.

A closer look at the analysis paints a different picture.

The cities listed as neither “inclusive” nor competitive are, among others, located in Iran, Morocco, Qatar, Indonesia, and Belarus. None of these states is as developed economically, or as politically stable a democracy, as the United States and large parts of Europe, where cities received top ratings.

A fair analysis would have compared economies that are on a similar level, where the only difference is “LGBT+ inclusion.”

As pointed out by the World Economic Forum article, globalists across the world accept the premise of a “connection between resilience and inclusion.”

“The World Bank describes ‘inclusive communities’ as a key dimension of sustainable, resilient cities,” Miller wrote. “The OECD [Organization for Economic Co-operation and Development] identifies ‘inclusive society’ as a driver of resilience in a city. The IMF [International Monetary Fund] contends that an economy is ‘more fragile and less resilient when it is not inclusive’. A report by UN [United Nations] Habitat finds that inclusion is required for a ‘successful urban resilience agenda’.”

The World Economic Forum has a whole section of its website dedicated to “Pride Month 2020” this June.

In January 2019, several companies, including MasterCard and Microsoft, launched a “Partnership for LGBTI Equality” at the yearly meeting of the World Economic Forum, aiming to enlist at least 100 more companies by 2020. At the time of this writing, 17 companies were listed, among them The Coca-Cola Company, PepsiCo, and Procter & Gamble.

The objective is to create a “due-diligence framework” to help corporations assess their own level of compliance with U.N. standards but also to have an impact on society at large, at a global level, in view of LGBTI “inclusion.”

Members of the “Partnership for LGBTI Equality” aim to implement “the five United Nations Standards of Conduct for Business Tackling Discrimination Against LGBTI People by providing tools and resources for companies to advance and implement LGBTI inclusion globally.”

They also want to support “business leaders through the World Economic Forum in accelerating LGBTI workplace inclusion and promoting human rights for all,” as well as promote “best practices and benchmarks to assist companies in meeting their commitments and responsibilities to global LGBTI equality.”

Prior to pushing gender ideology amid the coronavirus pandemic, abortion activists had tried to exploit the health crisis to demand easier access to chemical abortions, also known as the abortion pill.

Twenty state attorneys general had argued in late March that the Risk Evaluation and Mitigation Strategy (REMS) for the abortion pill creates “unnecessary delays for women who need access to time-sensitive health care,” endangering women by “forcing” them to travel to a state where abortions have not been suspended.

“These women are putting themselves and their families at risk when they seek out the health care that they need, and the federal government must act to ensure that no matter where they live, they can continue to receive necessary, safe, and legal abortion care.”

In response, 159 pro-life members of the U.S. House of Representatives and the Senate have called on Stephen Hahn, commissioner of the Food and Drug Administration (FDA), “to continue to robustly enforce” the REMS because of the risk to the mother during the abortion procedure.

Democratic presidential candidate Joe Biden had talked about the coronavirus pandemic in relation to political action on climate change, this time during a fundraising event on April 23.

Edward-Isaac Dovere, who writes for The Atlantic, quoted Biden as saying, “COVID is shining a bright light on the structural racism that plagues our laws, our institutions and our culture. And it’s a wake up call, a wake up call to action to climate change overall and to climate justice.”

Previously, Biden had identified the recovery needed following the COVID-19 pandemic as an “opportunity” to “fundamentally change the science relating to global warming.”