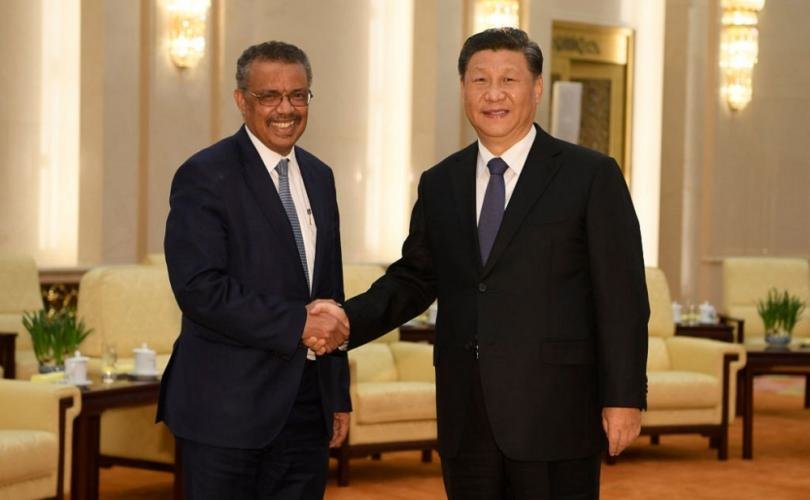 April 8, 2020 (LifeSiteNews) – An expert on China says that the World Health Organization has a massive conflict of interests when it comes to its handling of the coronavirus because of its ties to the Chinese communist government.

Steven Mosher is an expert on China-U.S. relations and has appeared on a number of prominent outlets in recent days, including The Laura Ingraham Show on Fox News. Today, Mosher spoke to Canadian pro-life activist Jonathon van Maren about the troubling connection between China and the World Health Organization (WHO).

“I think they ought to change their name from the World Health Organization to, let’s see, maybe the China Health Organization because they’re serving China’s interests,” Mosher said during his appearance on van Maren’s podcast. “They’re not serving the interests of the health of either the Chinese people or the people of the world.”

Mosher, the author of many books on China, accused the WHO of spreading Chinese “propaganda” about the COVID-19 virus. He also said it is being led by a “Manchurian candidate” who will do whatever China wants.

Mosher accused Ghebreyesus of following “very, very closely” the Chinese government’s lead on a number of claims. He also said Ghebreyesus is popularizing the idea that the virus did not originate in China.

Mosher then shared some rather pointed remarks about Dr. Bruce Aylward. Aylward is a Canadian physician who serves as a senior advisor to Dr. Ghebreyesus.

“We know that's not true,” Mosher explained. “That was simply a fabrication…he’s parroting exactly what the Chinese Communist Party propaganda told him when he was in China.”

Mosher, who runs the Population Research Institute, believes the WHO has also refused to share with the world the highly-effective measures Taiwan has been implementing to control the virus because China views Taiwan as “a wayward province.”

“Taiwan acted early,” Mosher remarked. “So Taiwan should be a model for how to stop COVID-19 from spreading throughout your population. The World Health Organization should have held up Taiwan as a model. In fact, it won't even talk about Taiwan…because they're too busy carrying water for China.”