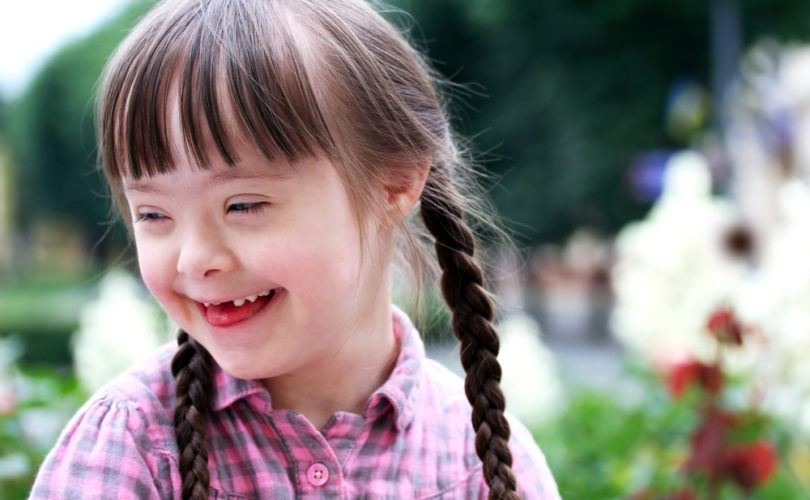 Young girl with Down syndromeShutterstock

(Live Action) – Individuals with Down syndrome and their families were shocked and disheartened by a recent social media post from The World Health Organization (WHO) last week that listed Down syndrome as a birth defect that can be prevented.

However, there is no way to prevent Down syndrome itself. “Eliminating” Down syndrome really means eliminating those who have the condition through abortion.

“Today is World Birth Defects Day,” the WHO originally wrote on March 3, according to the screenshot below. “Most birth defects can be prevented and treated with access to quality maternal and newborn care. Yet, every year, they cause the deaths of close to 250,000 babies within just 1 month of birth.”

Down syndrome was then listed as one of the “most common severe birth defects.” After receiving backlash, the WHO edited the Facebook post to remove Down syndrome from the list, and deleted the paragraph of information. However, it appears a separate post on Twitter also included Down syndrome as a birth defect.

News host Rachel Campos-Duffy, a mother of nine children — including one with Down syndrome – replied to the WHO tweet with a tweet of her own saying, “Down syndrome is NOT a birth defect. It’s a chromosomal variation. My baby w/ Downs is as human & valuable as any of my other kids. These comments lead to discrimination & abortion. Celebrate, don’t eliminate differences.”

Likewise, Kurt Kondrich – author, advocate, and father of Chloe who has Down syndrome – tweeted, “The World Health Organization recently posted that Down syndrome is a ‘severe birth defect’! My amazing daughter Chloe who has changed the world has a response!”

The tweet included a photo of Chloe, who is the inspiration behind Pennsylvania’s “Chloe’s Law” ensuring that parents who receive a prenatal diagnosis of Down syndrome receive resources and support. The photo states, “I am Chloe Emmanuelle Kondrich and I am NOT a ‘severe birth defect.’”

The Facebook page, Raising Josee Hope, also commented on the WHO’s classification of Down syndrome, stating in part:

“The only way Down syndrome is prevented is through abortion, is this what they’re advocating for?! An apology to the community rather than an edited post would be appreciated. And you wonder why we are left with NO CHOICE but to tirelessly advocate?!! Imagine if this was your child being spoken about. It wrecks our day.

It takes time away from our kids. It breaks our heart to advocate. We don’t want to be ‘strong warrior mums’ we just want to enjoy life with our kids knowing they’re safe. When the global peak body for health refers to your child as a birth defect that can be prevented what Hope do we have?”

People who have Down syndrome are human beings with intrinsic value, yet they are consistently targeted for abortion. The abortion rate for children diagnosed prenatally with Down syndrome in the United States is nearly 70%.

Parents are fighting back against pressure to abort their babies, but as was made evident by the WHO’s social media posts, there is much more work to be done.