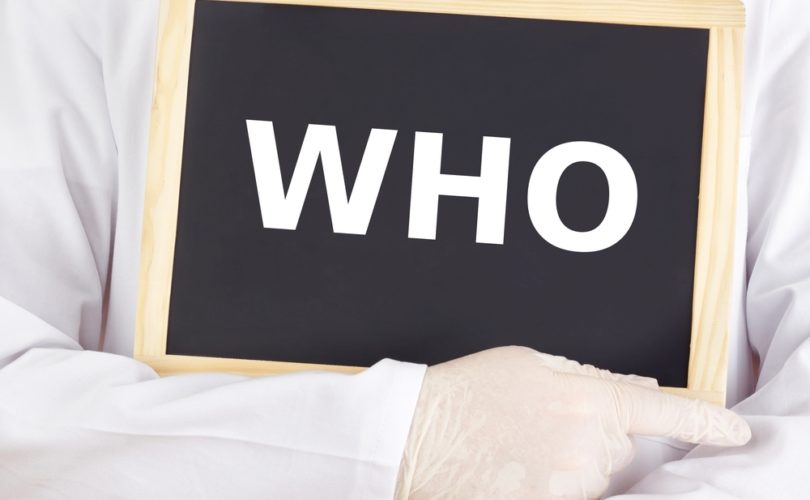 GENEVA, June 3, 2015 (LifeSiteNews.com) – The World Health Organization (WHO) has released a new report promoting the use of abortion-inducing “contraception” for new mothers around the world. The recommendations reduce the time between mothers giving birth and beginning to use long-acting contraception, effectively chemically sterilizing them shortly after birth.

Their recommendations may convince governments around the world to allow use of the abortifacient devices.

The WHO maintains a list of “recommended” contraceptives for the entire world. On Monday, the organization expanded its recommendations for when and how these drugs and devices should be used, with sweeping implications for new mothers in poor nations.

The fifth edition of the WHO's Medical Eligibility Criteria (MEC) for Contraceptive Use relaxes the standards for administering contraception to women who have recently had children. For example, the guidelines specify that breastfeeding women less than six weeks postpartum “can generally use progestogen-only pills (POPs) and levonorgestrel (LNG) and etonogestrel (ETG) implants.” And breastfeeding women less than 48 hours postpartum “can generally use” abortifacient intrauterine devices (IUDs).

The guidelines cover a number of contraceptive/abortifacient methods, including CHCs, IUDs, emergency contraceptive pills, contraceptive shots, and vaginal rings. For the most part, the WHO considers all of these methods safe, regardless of whether a mother is breastfeeding and how long it has been since she gave birth.

The new WHO guidelines are significant, even taking on the form of rules in some developing countries. The Johns Hopkins Bloomberg School of Public Health explains, “In many sub-Saharan African and Asian countries, policymakers follow MEC recommendations for the preparation of national guidelines that prescribe which FP [family planning] methods can be offered to their citizens.”

Following the WHO's lead, many countries may relax their national policies regarding contraceptive use among new mothers. “As a result,” Johns Hopkins concludes, “maternal and child deaths are expected to decline in these countries.”

Unmentioned in both the WHO guidelines and the Johns Hopkins write-up is the fact, admitted by even the Obama administration's Department of Health and Human Services, that intrauterine devices cause early abortions. Likewise with “emergency contraception” pills. Both putative contraceptive methods are widely recommended in the new WHO guidelines.

So-called contraceptive drugs and devices have long spurred intense controversy, both for their potential to destroy already conceived human beings and for the dangers they present to the women using them. Just last week, 21-year-old Fallan Kurek died from a blood clot in her lungs after having taken birth control pills for less than a month. In 2013, the hormonal contraceptive Try-Cyclen completely paralyzed 32-year-old Marie-Claude Lemieux. U.S. athlete Megan Henry claimed in 2014 that her career as an Olympian was destroyed by the NuvaRing, which caused “blood clots everywhere” in her lungs.

The pharmaceutical company Merck, which distributes the NuvaRing, has been sued thousands of times for negligence regarding the device. Bayer, another pharmaceutical company, has doled out over a billion dollars in settlements in lawsuits over complications from the birth control pill Yasmin and the Mirena intrauterine device.

The new WHO guidelines come just before a high-profile meeting in Chiang Mai, Thailand, comprising “policymakers and program planners” from 16 sub-Saharan African and Asian countries.

Scheduled for June 8-11 and sponsored in part by the pro-contraception and abortion Bill and Melinda Gates Foundation, the program will focus on international implementation of the WHO's new MEC and how to “reach 120 million more women and girls with voluntary FP options by 2020.”

Sterilizing new mothers in developing countries, according to Johns Hopkins, is “an important part of the FP2020 commitment.”