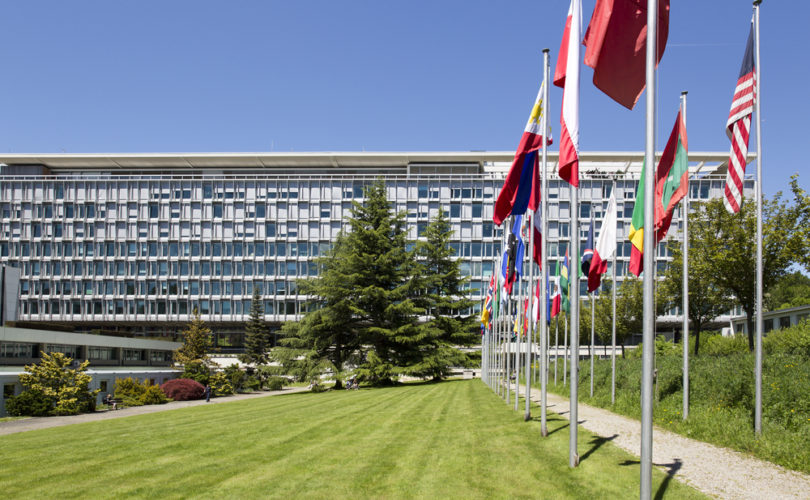 GENEVA, Switzerland, May 28, 2019 (LifeSiteNews) ― The World Health Organization (WHO) has removed Gender Identity Disorder from its list of mental illnesses.

According to Human Rights Watch, the change was finalized on Friday, March 25 at the 72nd World Health Assembly, the WHO’s chief decision-making body. The elimination of Gender Identity Disorder as a pathology was part of the eleventh revision of the International Statistical Classification of Diseases and Related Health Problems (ICD-11). The WHO indicated that the revised catalogue will come into effect in January 2022.

Human Rights Watch, an non-governmental organization (NGO) in New York City, indicated that the change was made due to “an evolving scientific understanding of gender” and pressure from international transexual activists.

In a “joint statement on ICD-11 process for trans & gender diverse people,” transexualist advocacy group GATE had demanded the removal of “trans-related categories” out of the ICD chapter on mental health, the expurgation of “remaining pathologizing language” and “advancing towards legal depathologization and universal health coverage.”

It rejects the use of the new term for the experience of people who believe that their gender differs from their biological sex, “gender incongruence.”

The LGBT rights director at Human Rights Watch celebrated the revision to the ICD-11, saying it would have a “liberating effect.”

“The WHO’s removal of ‘gender identity disorder’ from its diagnostic manual will have a liberating effect on transgender people worldwide,” said Graeme Reid. “Governments should swiftly reform national medical systems and laws that require this now officially outdated diagnosis.”

According to Human Rights Watch, many governments require a diagnosis of Gender Identity Disorder before allowing people to change their names and sexes on official documents.

Human Rights Watch noted also that In 2012, the American Psychiatric Association revised its own manual to expunge “gender identity order.” Unwilling to dispense entirely with the concept, it added the term “gender dysphoria,” which means unhappiness caused by “a marked incongruence between one’s experienced/expressed gender and assigned gender.”

The pro-LGBT organization welcomed the WHO’s decision because it wants people, especially young people, who call themselves transgender to be able to receive medical assistance without feeling the stigma of mental illness.