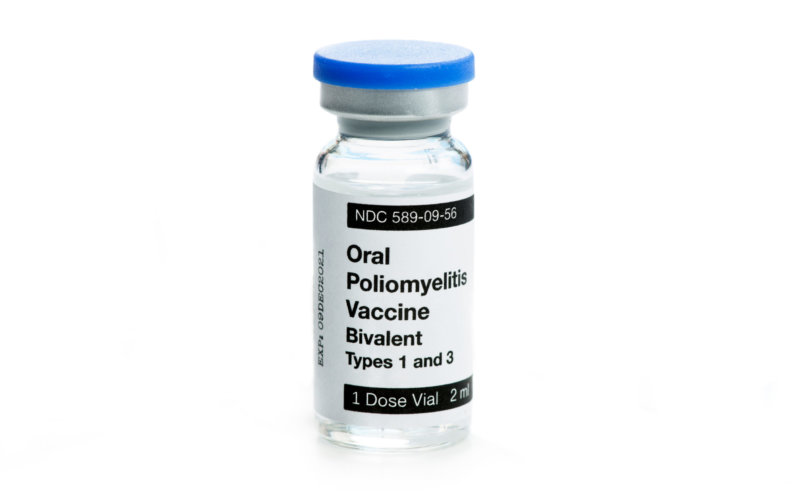 September 10, 2020 (LifeSiteNews) – An outbreak of polio in the African country of Sudan has been linked by the World Health Organization to an oral polio vaccine. In fact, the wild poliovirus was officially declared to be eradicated in Africa just last month, meaning that all remaining cases of polio on the continent are caused by vaccines.

Two young children in Sudan are now paralyzed after their vaccination.

“The first case, a child of 48 months, had onset of paralysis on 7 March 2020 and was from Sulbi city of Kas locality in South Darfur state,” the World Health Organization (WHO) announced in a press release at the beginning of the month. “The state is in the west of the country, bordering Central African Republic, South Sudan and close to the border with Chad.”

“The second case, a child of 36 months, had onset of paralysis on 1 April 2020 and was from Shari city of Al Gedarif locality in Gedarif state in the east, close to the border with Eritrea and Ethiopia.”

Both children had received their last dose of the oral vaccine in 2019. Now they are paralyzed.

According to the WHO, both cases are connected to an outbreak first detected last October, “currently circulating in Chad and Cameroon.” Eleven more cases where the vaccine-derived poliovirus has been detected in people in Sudan have been confirmed and are under investigation.

Polio, the Mayo Clinic explains, “is a contagious viral illness that in its most severe form causes nerve injury leading to paralysis, difficulty breathing and sometimes death.”

In response to the outbreak in Africa, “WHO assesses the risk of further international spread of (circulating vaccine-derived poliovirus type 2) across central Africa and the Horn of Africa to be high.”

Just in late August, health authorities had “declared the African continent free of the wild poliovirus after decades of effort.”

“The declaration leaves Pakistan and neighboring Afghanistan as the only countries thought to still have the wild poliovirus, with vaccination efforts against the highly infectious, water-borne disease complicated by insecurity and attacks on health workers,” the Associated Press reported.

The polio vaccine recently made headlines when vaccine manufacturer Sanofi Pasteur announced it was no longer producing “Poliovax,” a vaccine that used the aborted fetal cell line MRC-5. The company said it would now use Vero cells, which come from monkeys, to make those vaccines instead. It will also continue to produce the IPOL polio vaccine, which also uses Vero cells.

Critics of a potential coronavirus vaccine have frequently argued that the product, especially if key parts of testing have been skipped, could be unsafe. News of the polio vaccine causing children in Africa to suffer from polio only strengthens their argument.

Robert F. Kennedy Jr., founder of Children’s Health Defense, warned during an online debate in July, “The Moderna vaccine, which is the lead candidate, skipped the animal testing altogether.”

In spite of these significant problems, the nephew of former President John F. Kennedy continued, “they’re going ahead, and making two billion doses of that vaccine.”

Earlier this month, trials for one of the leading potential coronavirus vaccines, which uses cell lines from an aborted baby, have been temporarily stopped after a trial participant suffered from illness.

While several news outlets characterized the incident as a “serious suspected adverse reaction,” the manufacturer, AstraZeneca, only referred to it as “a single event of an unexplained illness that occurred in the UK Phase III trial.” Large scale trials of the potential vaccine have also been happening in other parts of the world, including South Africa and Brazil.

The New York Times reported that an anonymous source “familiar with the situation” told them that “the individual “had received a diagnosis of transverse myelitis, an inflammatory syndrome that affects the spinal cord and is often sparked by viral infections.”

The pharmaceutical company insisted that the decision to pause the trials is a “routine action” and that “(i)n large clinical trials, illnesses will happen by chance and must be independently reviewed.”

Across the globe, people have taken to the streets to protest the COVID-19 lockdowns. A common theme at all events was the protesters’ fear of a mandatory coronavirus vaccine.