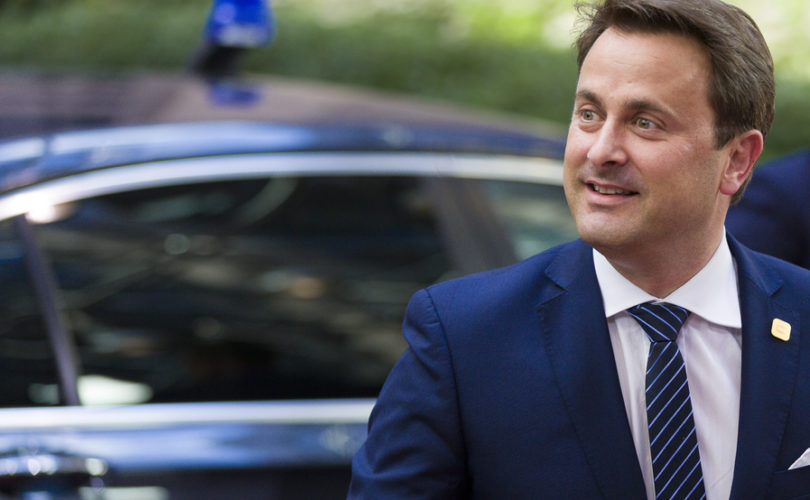 MADRID, Spain, July 3, 2017 (LifeSiteNews) — Xavier Bettel, the homosexual prime minister of Luxembourg, is spearheading a global effort with other world leaders to push for “LGBTQI rights.”

The new homosexual group is made up of self-appointed “officials” and “experts,” and is to be called the “LGBTQI Elected and Appointed Officials Experts Group.” It will be controlled by the Gay and Lesbian Victory Institute along with the organizers of the WorldPride Human Rights Conference.

The group’s mission is to “provide advice” to activist leaders on worldwide “equality initiatives” as they relate to lesbian, gay, bi-sexual, transgender, queer and intersex persons. Its first move is to disseminate a questionnaire designed to garner “officials” and “experts.”

One of the new organization’s goals is to portray the homosexual and “transgender” agenda as about human rights. Indian “trans” activist Apsara Reddy explained, “All politicians must look at LGBT issues as a human rights issue.”

“We’re facing a real perilous situation in (the United States),” St. Louis Alderman Shane Cohn explained, referring to the Trump presidency. He said that during former President Obama’s terms in office homosexuals “made great strides,” but Trump has put gay “advances” at risk.

“We cannot afford to be complacent,” Scottish MEP Alyn Smith urged, saying gay “progress” is “not inevitable.” He cited the Brexit vote as an example that “things can go backwards.”

The new gay organization was launched in Madrid two days before a major “WorldPride” parade.