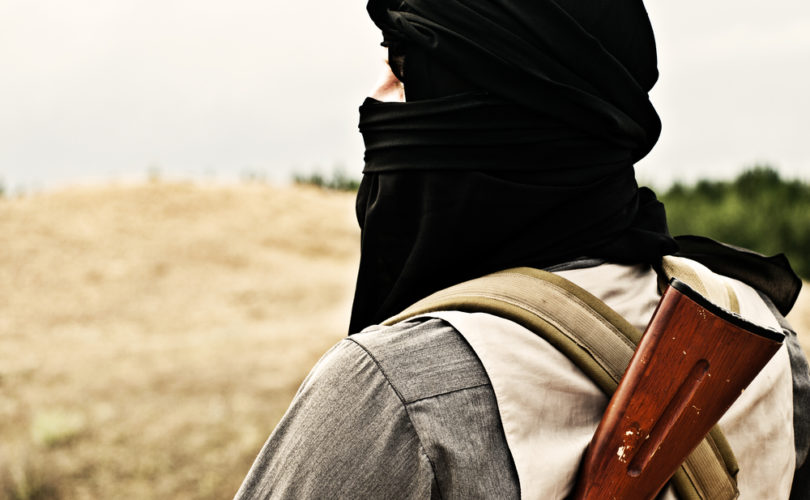 LAGOS, Nigeria, March 21, 2019 (LifeSiteNews) — Muslim terrorists continued to descend on Nigeria’s Middle Belt region, killing more than 140 people in predominantly Christian localities since February while much of the world was focused on the isolated murder spree by a deranged shooter at a New Zealand mosque on March 15.

Scores are believed to have died Monday in Michika, a small town in Nigeria’s eastern Adamawa State, a predominantly Christian area. Fleeing residents told local media that the attack was unleashed by the extremist Muslim sect known as Boko Haram, which continues to wreak havoc in Nigeria. Added to attacks by Muslim Fulani herders elsewhere in Nigeria, the death toll among Christians at the hands of Muslim extremists may have surpassed 100 since the beginning of March alone.

Boko Haram has continued to raid Christians for several years despite Nigerian army efforts and the presence of foreign military advisers. Nigeria is the 12th worst country in the world for persecution of Christians, according to Open Doors USA’s 2019 World Watch List. Besides attacks committed by Boko Haram, Muslim Fulani herdsmen killed thousands of Christians in central Nigeria in 2018.

Local media reported that homes and businesses were bombed and burned by Boko Haram insurgents in Michika. Residents fled to Adamawa’s state capital, Yola, or nearby Mubi and Uba. A witness identified as Bala said his aunt’s husband and their daughter were killed.

“I also know of a retired soldier and local businessman that were killed in front of their houses,” said the witness.

Another witness, who declined to give his name out of fear for his safety, said the number of people lost or injured is uncertain. He added that many are stranded in the bush after fleeing. Relatives have been unsuccessful in reaching them, he said.

While the Nigerian military statement did not provide the number of civilian casualties, it stated that Boko Haram militants “were completely routed … and many neutralized.”

In the Kaduna state of central Nigeria, approximately 50 people, including women and children, were killed Feb.25 in the predominantly Christian Adara chiefdom by Muslim Fulani raiders. In addition, more than 140 homes and business were destroyed.

Kaduna Gov. Nasir El-Rufai imposed a dusk-to-dawn curfew this week. Thousands of people have fled their homes because of the violence. This attack followed on the heels of attacks in February that killed at least 66 people.

A Sunday attack in the Ungwan Barde village in Kajuru resulted in 17 people killed. Dozens of homes have burned in February. Another attack in Maro in Kaduna state saw about 38 Christians killed.

According to Christianity Solidarity Worldwide, a United Nations-recognized NGO that advocates for persecuted Christians, victims in Monday’s attacks included women and children gathered for prayer at a church. The 400 attackers broke up into three groups. One group killed people, the second set buildings ablaze, and a third group ran down fleeing residents.

CSW believes that El-Rufai may have exacerbated Muslim sentiments with a claim that 66 Fulani people were killed in Kajuru, Kaduna state. The national government refuted the governor’s claim and the Kaduna State Chapter of the Christian Association of Nigeria accused him of lying.

According to Morning Star News, Rev. Bakari Ibrahim of the ECWA Evangelical Missionary Society asked for prayers. He said his organization evacuated about 100 children from Kufana.

“Please pray for peace in Kaduna state — hundreds have been displaced and hundreds killed by the Fulani jihadists,” said Rev. Ibrahim.

CSW called on Nigeria’s government to ensure safety and security for all, regardless of religious affiliation.

Aid to the Church in Need interviewed Catherine Ibrahim, a woman from northeastern Nigeria who was forced to watch as Boko Haram terrorists hacked her husband to death three years ago while she watched.

“They butchered my husband mercilessly,” Ibrahim recalled, “and they made sure that I saw it all. I can’t forget the fear in his eyes. I don’t want to say more than this. I hate to remember.”

Their two children, daughter Salome (7) and son Daniel (5), were abducted by the Muslims.

With her feet and hands bound, Ibrahim was tortured for two weeks by the insurgents but eventually managed to escape. Returning home, she was nursed back to health by her mother-in-law and was eventually reunited with her children at refugee camp operated by the Catholic diocese of Maiduguri. Despite months of physical therapy, Ibrahim has yet to regain full use of her hands.