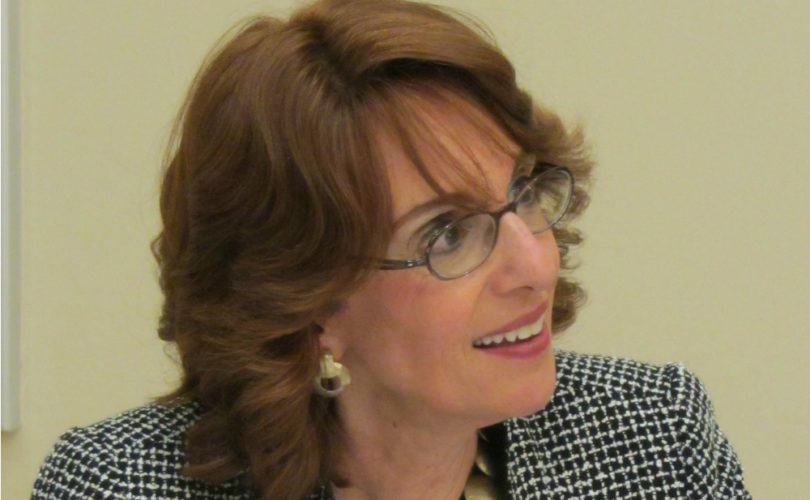 TORONTO, August 6, 2015 (LifeSiteNews) – Parent groups outraged by the Liberal government’s radical sex-ed agenda to roll out this fall in Ontario’s publicly funded schools have booked world-renowned expert Dr. Miriam Grossman for an August 18 Mississauga seminar on the dangers of the curriculum.

Dr. Miriam Grossman is a medical doctor with a specialty in paediatrics and psychiatry who is “known internationally for her courage in breaking ranks and calling foul on the sexuality education industry,” according to a poster by HOWA Voice of Parents, the event’s organizer. “Dr. Grossman will unmask the new curriculum as a fiasco.”

“I strongly recommend that parents and citizens who are concerned about the Liberal sex-ed curriculum attend this talk by Dr. Miriam Grossman,” Jack Fonseca of Campaign Life Coalition told LifeSiteNews.

“She is a moral giant for taking on the powerful sex education lobby and unmasking the true aims of those behind it, which has nothing to do with education or health.  Parents will learn that the true goal behind modern sex education is indoctrination and social change.”

The author of the books “You’re Teaching My Child WHAT?” and “Unprotected”, Grossman has lectured worldwide, notably at the United Nations and the British House of Lords, and describes herself on her website as “a doctor who’s fed up.”

Grossman asserts further that “sex education promotes the ‘anything goes, women are just like men’ way of thinking” and that the medical profession “arms vulnerable young people with half-truths, and sends them out to play in a minefield.”

During her 12 years at the UCLA’s Student Counseling Services, Grossman recalls treating teens and young adults who had “genital infections, one or more abortions, possible exposure to HIV, and other troublesome consequences of sexual activity, whether ‘protected’ or not.”

“It is difficult for me to convey how it feels to witness not a few, not dozens, but hundreds and hundreds of young people in distress due to medical issues,” she writes, “only to discover how esteemed health authorities give an enthusiastic thumbs up to the very behaviors that fuel those problems.”

“After twenty years of practice, I’m tired of seeing the wounded. So I’m on a crusade to empower students with biological facts they need to know,” Grossman states.

“I have great respect for her work and indeed, have relied upon her research myself,” noted CLC’s Fonseca. “By listening to Dr. Grossman, you’ll understand that the involvement of Benjamin Levin in this curriculum is only scratching the surface,” he stated.

Now a convicted child pornographer serving a three-year prison sentence, Levin was formerly Ontario’s Liberal deputy minister of education and as such, is considered the architect of the 2010 sex-ed curriculum. While that curriculum was shelved after parental outcry, analysts say the 2015 version, introduced under Liberal premier Kathleen Wynne, a self-declared lesbian, is virtually identical.

“If you have a friend, relative or teacher who is on the fence about the sex curriculum, bring them along. It’s a great way for them to learn how much harm this program portends for children, ” Fonseca added.

Grossman will speak at Mississauga’s Red Rose Convention Centre (1233 Derry Road East) at 6:00 p.m. Admission is free, but HOWA is asking for donations to offset costs.

HOWA Voice of Parents also spearheaded the latest car rally on August 1, which drew 70 to 80 participants.

“It was huge,” noted Christina Liu, of the Parents Alliance of Ontario, who took part in the multi-city rally, which was held to create public awareness of the widespread parental opposition to the sex-ed curriculum, a story parents say is the mainstream media is ignoring.