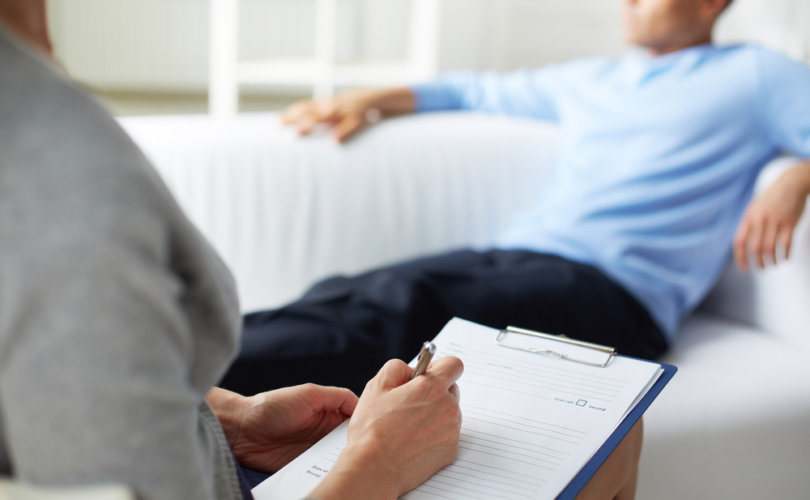 March 24, 2016 (LifeSiteNews) – The World Psychiatric Association has joined many national psychotherapy bodies in Europe and North America in condemning any psychotherapies claiming to reduce or eliminate homosexual attraction in clients.

But prominent Canadian psychiatrist Joseph Berger says the WPA statement represents a political position unsupported by science and groups such as the Alliance for Therapeutic Choice and Scientific Integrity argue that people who want to reduce their homosexual attraction should be allowed to get help.

The WPA’s statement allows that psychiatrists and other psychotherapists may legitimately treat homosexuals but only “to help them live more comfortably, reduce distress, cope with structural discrimination, and develop a greater degree of acceptance of their sexual orientation or gender identity.”

But therapy to change the orientation is wrong on two counts in the WPA’s view. First, it claims, “There is no sound scientific evidence that innate sexual orientation can be changed,” and second, “So-called treatments of homosexuality can create a setting in which prejudice and discrimination flourish, and they can be potentially harmful.” Therefore, any therapy “purporting to treat something that is not a disorder is wholly unethical.”

It goes on to describe homosexuality as one of the “normal variants of human sexuality” and to urge an end to legal discrimination against homosexuals and “transgender” individuals.

But Dr. Berger, a prominent Toronto psychiatrist, former professor of psychiatry, and an examiner of those wishing admission to the profession, told LifeSiteNews “such statements by large major organizations are political statements. They are not scientific.”  Because homosexuality and transgenderism have become  such a political “bandwagon,” he added, “people are not listening to those of us who present the actual science,” nor to many clients who “have changed from identifying themselves as homosexual to becoming comfortably heterosexual.”

Berger noted that treating homosexuality is neither novel nor radical. “It is traditional psychodynamic psychotherapy. … Those aware of the actual scientific literature know that the success rates are really quite good.”

“Such statements as ‘homosexuality is a normal sexual variant’ … is not a scientific statement,” insisted Dr. Berger. “There is no science in that. It is the personal political position being pushed by some activists, and as some people are aware, is vehemently rejected in many countries.”

As for the statements calling for an end to legal discrimination, said Berger, this is more “far-left, air-fairy, ethereal wishful thinking. … It has nothing to do with science or clinical practice.”

The WPA statement contains no reference to the fact that until 1973, psychiatric orthodoxy considered homosexuality as a mental illness. After a sustained campaign by homosexuals, that year the American Psychiatric Association voted to remove it from its list of mental illnesses in its professional “Bible,” the Diagnostic and Professional Manual.

Even advocates for the homosexual cause admit this change was political and not scientific. In his article, “The Mental Illness That Went Away,” added to the BehaviorismandMentalHealth.com website in 2011, Phil Hickey wrote, “What’s noteworthy about this is that the removal of homosexuality from the list of mental illnesses was not triggered by some scientific breakthrough.  There was no new fact or set of facts that stimulated this major change.  Rather, it was the simple reality that gay people started to kick up a fuss.”

The world’s most prominent practitioner of “reparative,” “conversion” or “change” therapy is Dr. Joseph Nicolosi, who operates a clinic with seven other therapists in California devoted to the treatment of homosexuality, and who claims thousands of successes. A Catholic who believes humanity’s reproductive biology demonstrates the innateness of heterosexuality, Nicolosi holds the same conventional beliefs of pre-1973 secular psychotherapy as does Dr. Berger about the origins of homosexuality.

In his view, male homosexuality results from a “classic family pathology” in which an innately “temperamental, sensitive and shy” boy is caught between a “domineering, intrusive mother” and a “distant, overcritical father.”

The therapist and client explore the emotional trauma experienced in childhood so the causes of homosexual attraction are understood and its power diminished.  Talk therapy is the traditional tool but Dr. Nicolosi also uses Eye Movement Desensitization and Reprocessing, a technique developed to treat Vietnam War veterans with Post Traumatic Stress Disorder.

Dr. Nicolosi is co-founder of the National Association for Research and Therapy of Homosexuality, which sometimes acts under the banner of the Alliance for Therapeutic Choice, a lobby group for people who want help with same-sex attraction to get some, and for therapists such as Nicolosi and Berger.