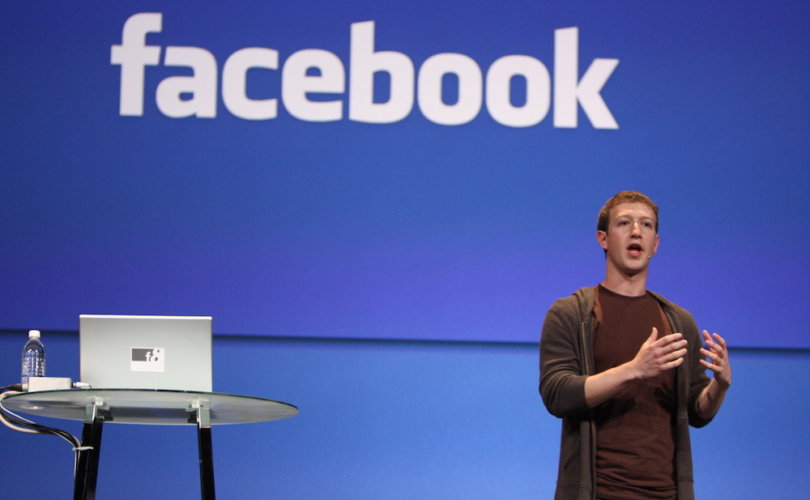 BRUSSELS, June 8, 2016 (LifeSiteNews) – Stoking fear of a free speech clampdown, the world’s leading social media companies have agreed to combat “hate speech,” including “homophobia,” on their platforms in an agreement with the European Union.

Social conservatives warn that the pact is not based on law and could be used to suppress politically incorrect views about Muslim immigration, abortion and the LGBTQ agenda.

Virginia Coda Nunziante, president of the Association for the Defence of the Family, told LifeSiteNews, “What is sure is that most of all perversions and corruptions of customs in Europe come from the EU: This seems to be the very specific aim of this institution.”

Agenda Europe, the Christian conservative news and comment website, commented, “In their world-view, recalling that abortion means to kill a human being, or that marriage is between two persons of different sex, may be ‘insultory’ to baby-killers and sodomites, who must be shielded from such simple but disagreeable truths.”

The pact is the work of the European Commission, the EU’s executive branch consisting of one appointee from every member state. On May 31, 2016, it announced with Facebook, Twitter, Google, and Microsoft they had collectively produced a “code of conduct that includes a series of commitments to combat the spread of illegal hate speech online in Europe.”

Predictably the action was justified by recent terrorist attacks, which, declared Vĕra Jourová, EU Commissioner for Justice, Consumers and Gender Equality, “have reminded us of the urgent need to address illegal online hate speech. Social media is unfortunately one of the tools that terrorist groups use to radicalise young people and racists use to spread violence and hatred.”

Ironically, Jourová called the pact “an important step forward to ensure that the internet remains a place of free and democratic expression, where European values and laws are respected.”

Echoed Twitter’s head of public policy for Europe, Karen White: “We remain committed to letting the Tweets flow. However, there is a clear distinction between freedom of expression and conduct that incites violence and hate.”

But is there? Agenda Europe noted that European Union member countries are already responsible for prosecuting hate speech. But their actions are subject to each nation’s constitutional protections for free speech and open to challenge in court. Agenda Europe believes there will be no transparent reviews of the actions of social media vendors in the open courtroom.

“The real goal here,” declared Agenda Europe, “seems to be to create a pseudo-legislative excuse for tech companies to censor content. This approach gives them the ability to say ‘we’re just following the EU code of conduct for hate speech.’”

The code commits the social media companies, first, to urge special interest groups to assume the role of “trusted reporters,” by policing their pages for offensive comment and reporting it quickly; second, to assess the complaint just as quickly and remove hate speech within 24 hours; third, to train their own staff for this task; fourth, and most provocatively, to promote “independent counter-narratives” on their sites.

British Member of the European Parliament Janice Atkinson told Breitbart London: “It’s Orwellian…We have already seen Facebook ‘policing’ so-called right-wing postings.” She warned that any Eastern European conservative who believes too many migrants from Muslim countries are being allowed into their counties could face censorship from social media providers. “It’s a frightening path to totalitarianism.”

The United Kingdom Independence Party’s spokeswoman, MEP Diane James, told Breitbart London: “This legislation is so vague that it is the thin end of the wedge not just curb hate speech but free speech as well.”  James added that the European Union has gone far beyond its original purpose as a Common Market. “It now wishes to decide and compromise our civil liberties as a people. This is unacceptable to a free people.”

Agenda Europe noted that several of the social media involved “interfered” in the Irish referendum on same-sex “marriage” process by “pumping foreign money into the campaign and also intimidating their staff to vote Yes and to campaign on their own private social media accounts for this result.”