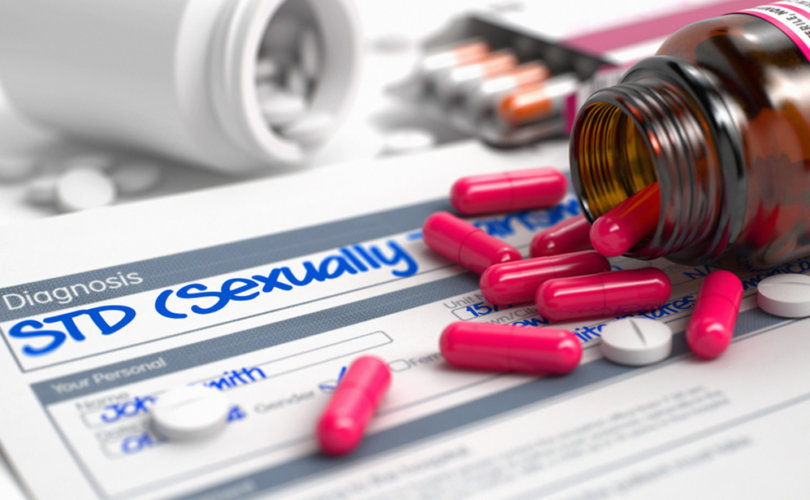 UNITED KINGDOM, March 29, 2018 (LifeSiteNews) – A case of gonorrhea experts are calling the “world’s worst ever” has been discovered in the United Kingdom.

British newspapers reported today that a man has been infected with a case of antibiotic-resistant gonorrhea, also called super-gonorrhea. When experiencing symptoms a month after a sexual encounter with a woman in south-east Asia this year, the unidentified man sought medical attention. He was treated with the combination of antibiotics currently used to treat the most stubborn strain of the sexually transmitted disease, azithromycin and ceftriaxone, but they didn’t work.

Dr Gwenda Hughes of Public Health England told media that “This is the first time a case has displayed such high-level resistance to both of these drugs and to most other commonly used antibiotics. We are following up this case to ensure that the infection was effectively treated with other options and the risk of any onward transmission is minimised.”

The man’s regular female partner in the United Kingdom has not contracted the disease, but health officials are now trying to find his other sexual contacts so that they can be warned and the disease can be contained.

The patient’s doctors are trying one last antibiotic, ertapenem, in an attempt to cure him, and they will know in a month whether or not it has been effective.

The BBC quoted Dr Olwen Williams, the president of the British Association for Sexual Health and HIV, as saying  “The emergence of this new strain of highly resistant gonorrhoea is of huge concern and is a significant development.”

The UK Telegraph reported that the World Health Organization and the European Centre for Disease Control agree that this antibiotic-resistant “super-gonorrhea” is a “world first.”  So far no other cases have been found in Europe.

The American Center for Disease Control says that gonorrhea is a major health concern in the United States. More than 800,000 new infections occur each year. It is particularly common between people aged between 15 and 24.

Scientists have been warning for years that an incurable form of super-gonorrhea could develop.  Although it has been around for decades, gonorrhea has become more difficult to treat. Every time a new drug is used to treat the disease, the bacterium adapts.  In the 1990s, treatment with penicillin and tetracycline became ineffective, and doctors began using floroquinolones. A decade later, they too gradually became ineffective. The CDC then recommended cephalosporins, but now only two of them, azithromycin and ceftriaxone used together, are considered effective

“Little now stands between us and untreatable gonorrhea,” says the CDC in this frightening video:

Frightening video (but safe for work and kids):

One thing that does stand between us and any STD is a recovery of a healthy sexual ethic, or so said columnist John Robson in Canada’s National Post in 2016.

Quoting P.J. O’Rourke’s famous declaration that “the Sexual Revolution is over and the microbes won,” Robson said he knew what protects his readers from drug-resistant gonorrhea: “monogamy.”

“I also know what doesn’t,” he continued, “believing science has made us as gods, or at least godlets, who through political will can guarantee ourselves long, healthy pleasure quests with painless planned exits. It is not so, any more than happy pills can fix a wretched life.”

“Death still comes like a thief in the night, wielding accidents,cancers, lunatics, terrorists and more,” Robson said But that’s no reason to invite him (or her, or them) into your bed. If that’s the end of the world as you know it, it’s probably high time anyway.”

Gonorrhea and syphilis skyrocketing among gay men in Britain
‘Nightmare’ scenario as gonorrhea at epidemic levels, resistant to antibiotics, CDC warns
Limits to our sexual freedom?: the rise of the gonorrhea superbug