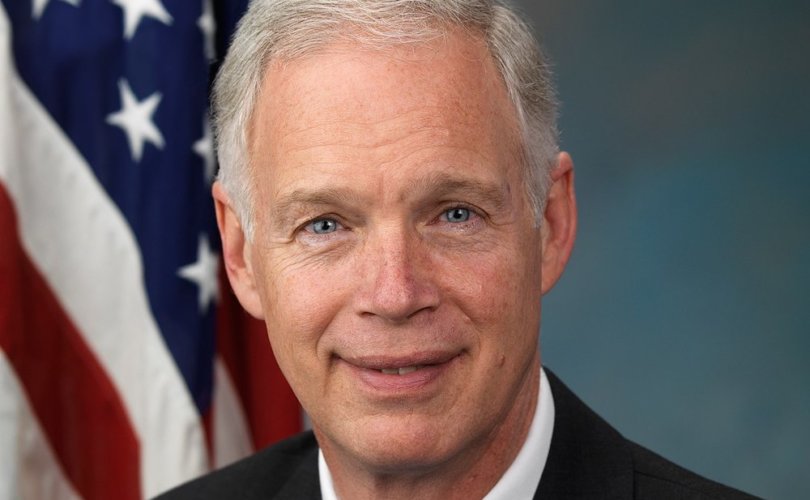 WASHINGTON, D.C. (LifeSiteNews) – Over the past several months, U.S. Sen. Ron Johnson of Wisconsin has emerged as one of Congress’s most vocal critics of the COVID-19 vaccines, most recently warning that the “worst is yet to come” from the Biden administration’s efforts to force compliance.

In an October 14 op-ed at The Federalist, the Republican lawmaker begins by reminding readers of President Joe Biden’s December 2020 assurance that COVID vaccination should not be mandatory, then accuses the Biden administration and its allies in corporate and social media of “denying three realities”: natural immunity, post-vaccination infections, and vaccine injuries and deaths.

“Those of us who attempt to inform the public of these three realities are not only the targets of vilification, we are also magnets for people who desperately want their stories to be told so others can avoid harm,” Johnson says. “Over the last few weeks, the stories have become more numerous and more alarming.”

Among those stories is that of a whistleblower Johnson has been in contact with, U.S. Army flight surgeon Lt. Col. Theresa Long. For attempting to alert superiors to potential vaccine injuries, “her superiors canceled all her appointments with patients” and “her medical license is being attacked merely for speaking out.” Long details “a small portion” of her story in an affidavit that is part of a lawsuit against the military over the COVID vaccines. “She has much more to tell but is under a gag order imposed by the military.”

“Last week, I received a letter from a Wisconsin constituent who is a pilot for a U.S.-based airline,” Johnson continues. “The most alarming anecdote in this letter involved a recently vaccinated pilot who ‘sustained, over a two-day period, partial blindness in one eye and then severe migraine headaches.” His doctor told him he had suffered “micro strokes.’ The pilot did not report his medical condition to his Federal Aviation Administration medical examiner because he feared ‘he would lose his pilot certifications, and hence his livelihood.’”

These anecdotes and many others, Johnson notes, underscore how federal COVID vaccine mandates threaten more than the rights and health of those wary of the shots; they threaten to exacerbate shortages of hospital staff, military numbers, and airline pilots, which in turn would have serious ramifications on medical care, national defense, and domestic and international travel if allowed to succeed.

Johnson’s warning comes as a growing body of data indicates that mass vaccination is failing to curb the spread of the virus. The federal government considers more than 65% of eligible Americans “fully vaccinated” (a designation that has lost meaning in light of growing evidence that vaccine effectiveness wears off in a matter of months), yet ABC News reported last week that more Americans died of COVID-19 this year (353,000) than in all of 2020 (352,000), according to data from Johns Hopkins University.

Across the nation, significant concerns remain about the safety of all three COVID-19 vaccines used in the United States, which stem from the fact that they were developed and released far faster than any previous vaccine.

“Unfortunately, we now know the vaccines do not preclude infection or transmission,” Johnson concludes. “As a result, we are forcing people to choose between their livelihoods and a freedom-robbing vaccination mandate with no rationale.”