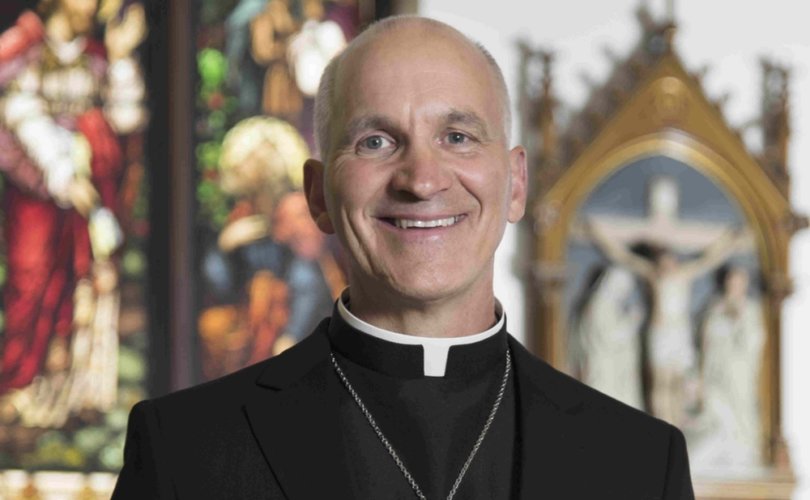 CHEYENNE, Wyoming, September 7, 2018 (LifeSiteNews) — The Bishop of Cheyenne has released a statement playing down the fact that the majority of victims of clerical sexual crimes against minors in the Catholic Church have been teenage boys.

In a blogpost called “Just the Facts”, Bishop Steven Biegler complained that many of the people writing about clerical sexual abuse are “poorly informed.”

“Much of what has been written is far from the facts, and some are positing conclusions which are ridiculous,” Biegler wrote. “Maintaining a sane perspective through accurate analysis is needed more than ever.”

While admitting that the news about Cardinal McCarrick is “horrendous” and that Archbishop Viganò’s letter is “shocking,” the bishop stated that it was “not helpful” to have “so many people blogging” on the stories. He said that they were “jumping to imprudent conclusions.”

Bishop Biegler, nominated to the See of Cheyenne by Pope Francis in 2017, did not give examples of these conclusions. Instead he recommended his own thoughts on the topic, which are published in his diocesan newspaper, and an article about clergy abuse in “Psychology Today” by Thomas G. Plante.

Biegler listed four of Plante’s findings, namely that Catholic priests are no more likely to sexually abuse minors than clergymen of other denominations or other men with access to, and power over, children; that clerical celibacy doesn’t cause pedophilia and sexual crimes against minors; that homosexual clerics aren’t the cause of pedophilia in the Church; and that the Church has “used best practises” in dealing with “the issue” since 2002.

“Undoubtedly, these are challenging days, but the sky is not falling,” he said.  “We need to stay the course, and keep a sane perspective.”

The remarks of the Bishop of Cheyenne – and his tone – are in contrast to those of bishops who have admitted that homosexuality has played a role in the abuse crisis. Bishop Marian Eleganti, the Auxiliary Bishop of Chur, Switzerland, told EWTN Germany that among the abuse cases presented by the Pennsylvania Grand Jury report, “90% are in direct connection with a homosexual inclination.”

Among the victims were sixteen and seventeen year old boys, Eleganti said, and seminarians.

“It would be blind to deny that we do have here a problem in the Church with homosexuality and that homosexuality plays here a role,” he concluded.

In his blogpost, Bishop Biegler of Cheyenne did not address the fact that Archbishop McCarrick is alleged to have abused priests and seminarians as well as boys as young as eleven, and it is with these crimes with vulnerable adult men, and their cover-up, that Archbishop Viganò’s statement is concerned.

In a fiery letter, Bishop Robert Morlino of Madison said he was tired of “the obfuscation of truth” and of sin. In his opinion, the root of the sex abuse crisis was a “certain comfort level with sin.”

“For the Church, the crisis we face is not limited to the McCarrick affair, or the Pennsylvania Grand Jury Report, or anything else that may come. The deeper crisis that must be addressed is the license for sin to have a home in individuals at every level of the Church. There is a certain comfort level with sin that has come to pervade our teaching, our preaching, our decision making, and our very way of living.”

Morlino did not soft-pedal the fact that most sexual abuse that has come to light has been of males by males.

“…in the specific situations at hand, we are talking about deviant sexual – almost exclusively homosexual – acts by clerics,” he wrote. “We’re also talking about homosexual propositions and abuses against seminarians and young priests by powerful priests, bishops, and cardinals.”

“To call it anything else would be deceitful and would only ignore the problem further.”