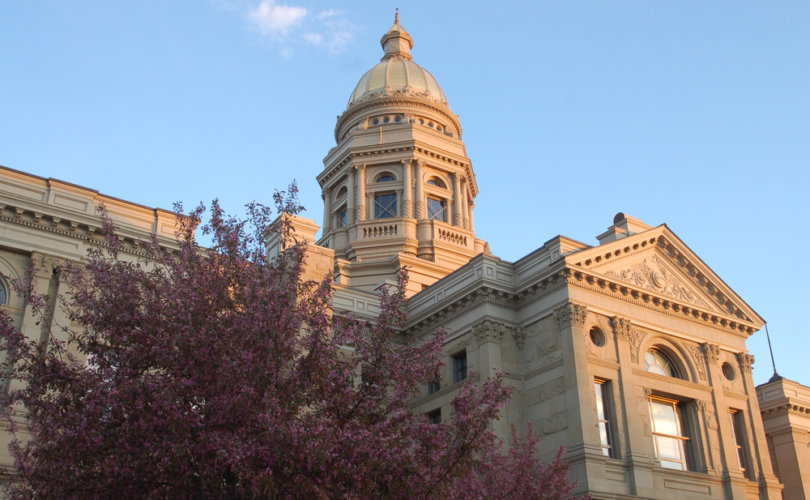 CHEYENNE, Wyoming (LifeSiteNews) — Wyoming is one step closer to putting a Roe v. Wade trigger bill on the books for if the 1973 Supreme Court decision is overturned.

Both the state Senate and House have now passed the trigger bill that would automatically prohibit all abortions except in cases of rape or incest once Roe is reversed.

The House speaker and Senate president both signed the legislation on March 11. Now, it goes to Republican Gov. Mark Gordon for signature.

Debate occurred over an amendment to add cases of rape and incest as exceptions.

“Taking a life because of the circumstance of conception is wrong. Two wrongs actually don’t make a right,” state Sen. Lynne Hutchings said during the debate.

A Republican state senator wanted the language added to the final version.

“The government can’t do this to women, they’re not our property, we don’t get to decide these kinds of things, it’s beyond the people on this floor,” state Sen. Cale Case said, according to Wyoming Public Media.

The pro-abortion Guttmacher Institute said that 21 states currently have laws that would practically eliminate abortion if Roe is reversed. This includes 12 states that have specific trigger laws and eight that retain “unenforced pre-Roe abortion bans,” though there could be overlap.

Some states have state constitutional amendments “explicitly declaring that their constitution does not secure or protect the right to abortion or allow use of public funds for abortion,” according to Guttmacher.

The Supreme Court has not yet issued a ruling on Dobbs v. Jackson Women’s Health Organization, a case that concerns Mississippi’s 15-week abortion ban. The ruling could be used to reversed Roe v. Wade and return the issue back to the states.