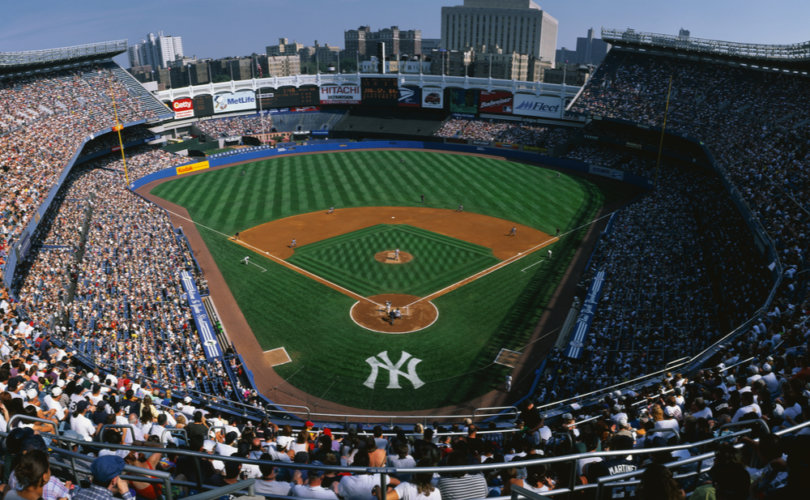 NEW YORK (LifeSiteNews) — New York Yankees right fielder Aaron Judge and his teammates could miss half of the Major League Baseball season due to Mayor Eric Adams’ vaccine mandate. So could players for the New York Mets who have chosen not to take the abortion-tainted jabs before Opening Day on April 7.

While the mayor repealed the vaccine passport system, he kept in place his predecessor’s requirement that workers get jabbed. Judge is assumed to not be vaccinated based on recent comments.

Like Brooklyn Nets player Kyrie Irving, Judge may be able to attend his team’s games as a fan, but may not play in the same stadium or even go into the locker room.

“I’m still focused on us getting through the first game of spring training … we’ll cross that bridge whenever the time comes,” Judge said on Tuesday when asked about his vaccination status.

#Yankees Aaron Judge was just asked if he’s vaccinated and here is how he responded pic.twitter.com/guXUqm4DHX

Yankees players who decline to take the COVID shots would have to miss 92 games — 81 home games, plus nine games in Toronto, due to Canada’s vaccine passport, and two games at the Mets’ Citi Field. Mets players would miss 81 home games and 2 games at Yankee Stadium, according to NBC Sports.

An unidentified mayoral spokesperson told the Daily News that the private mandate must stay in place to protect the health of the entire city. “We have to worry about the health of almost 9 million people. No one is trying to hurt Kyrie Irving or a Yankees player.”

Mayor Adams has said that he cannot change the rules just for Irving, an argument that did not sit well with one well-known sports commentator.

“Nobody’s asking you to make an exception for Kyrie Irving. We’re asking you to eradicate the rule because it’s a stupid rule, that’s why. There’s no debating this,” Stephen A. Smith said during a recent episode of his show First Take.

Visiting players do not have to abide by the jab requirement.

“So if Kyrie Irving had been traded to the Philadelphia 76ers … he could play [in New York City],” Smith said. “It’s a stupid rule, plain and simple.”