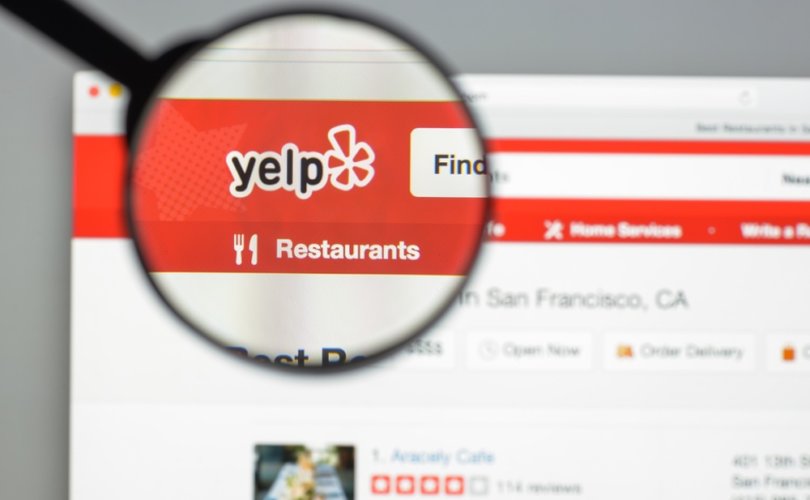 Miriam Warren, the San Francisco-based company’s chief diversity officer, defended the move Tuesday by arguing that “[t]he ability to control your reproductive health, and whether or when you want to extend your family, is absolutely fundamental to being able to be successful in the workplace,” The New York Times reported.

It’s unclear why being able to kill an unborn baby should be necessary for professional success at Yelp. LifeSiteNews reached out to the company for comment but has yet to hear back.

Newsom had previously promised that the Golden State will be an abortion “sanctuary” if the “constitutional right to abortion” established in Roe v. Wade were to be overturned by the U.S. Supreme Court. The Democrat governor said he anticipates California will become a destination for abortion-seeking women who live in pro-life states like Texas, which have already begun cracking down on the practice.

Meanwhile, Yelp isn’t alone in offering to pay their female employees’ travel expenses to get abortions out of state.

Gov. Newsom had responded similarly to Citigroup’s announcement, saying it was “the right thing to do” and that “[w]e need more of this from corporate America.”

This is the right thing to do.

We need more of this from corporate America.https://t.co/on91Naz0eP

In addition to Citigroup and Yelp, much of “corporate America” already appears to be onboard with showing a unified front to circumvent laws protecting the unborn by offering to help women get abortions.

RELATED: Major corporations vow to pay employees’ travel costs to get abortions out of state

Ride-share companies Uber and Lyft, meanwhile, have promised to pay the legal fees for any of their drivers who are sued for taking a woman to an abortion facility in Texas in violation of Texas’ pro-life Heartbeat Act.

The crucial case currently on the Supreme Court docket could overturn the federal “right to abortion,” allowing individual states to enact their own laws to restrict or fully ban the procedure by this summer.

Republican lawmakers in many states, including Texas, Idaho, Florida, Oklahoma, and South Dakota, have responded by advancing and enacting a raft of pro-life laws in anticipation of the Court’s ruling.