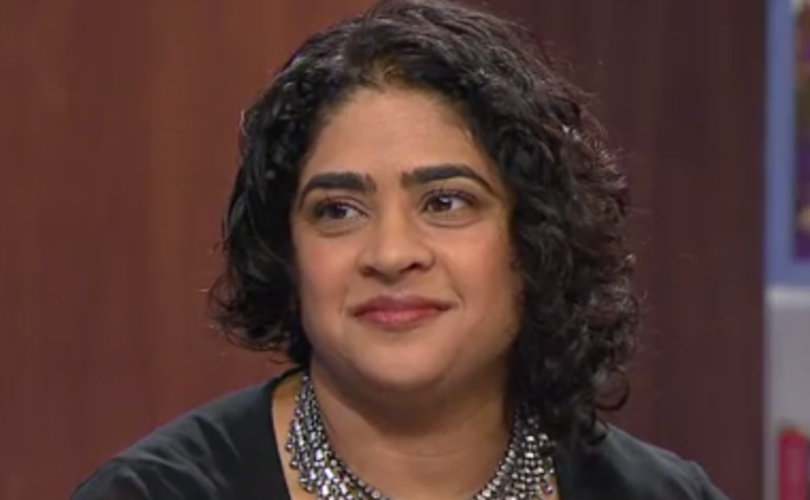 TORONTO, November 15, 2016 (LifeSiteNews) — Refusing to use a transgendered person’s chosen name, preferred pronoun such as “ze” or “xer,” or “purposely misgendering” them is discrimination and could be liable to fines, says Ontario Human Rights Commission chief commissioner Renu Mandhane.

Mandhane is “trying to intimate to get people to conform to her politically correct mindset,” Landolt added. “Nobody should be intimidated by them.”

Indeed, the apparent intended subject of Mandhane’s remarks, University of Toronto psychology professor Jordan Peterson, does not appear to be at all intimidated, Landolt noted.

Mandhane “weighed in” on Peterson’s ongoing campaign against political correctness at the request of the Toronto Sun.

The psychology professor has stated he won’t use the neologistic pronouns referring to various genders and that the university, provincial and federal directives that would force him to do so are unprecedented attacks on free speech.

The university has sent Peterson a disciplinary letter suggesting he stop speaking on the subject and stating that his refusal to use the pronouns was contrary to the rights of transgendered students.

And now Mandhane, whose remarks were published in the Sun on Sunday, asserted the same:

Refusing to address a trans person by their chosen name and a personal pronoun that matches their gender identity, or purposely misgendering, is discrimination when it takes place in a social area covered by the Code (employment, housing, and services like education).

The OHRC recognizes the right to freedom of expression under the Charter. However, lawmakers and courts have found that no right is absolute. Expression may be limited where it is hate speech under criminal law; or amounts to harassment, discrimination, or creates a poisoned environment under the Code.

Mandhane told the Sun that the OHRC “does not require any particular gender-neutral pronoun. If in doubt, ask the person how they wish to be addressed. Use ‘they’ if you don’t know. Or simply use their chosen name.”

Asked about possible penalties, Mandhane told the Sun: “Organizations have a legal duty to take positive steps to prevent and respond to discrimination. A tribunal or court may order financial or other remedies.”

LifeSiteNews was not able to reach Peterson by deadline, but REAL Women’s Landolt stated that the Human Rights Commission is “getting crazier and crazier.”

She noted Mandhane’s grounds of “creating a poisoned environment” is open to wide interpretation. “Who determines that except the politically correct people in the Human Rights Commission?”

Peterson launched three videos objecting to the climate of repression caused by federal and provincial anti-discrimination laws, including the Trudeau Liberals’ Bill C-16, which was approved in committee without public hearings and now needs only third reading to pass.

Ontario’s Bill 379 amended the Human Rights Code to add transgenderism as prohibited grounds for discrimination in 2012, and followed in June 2015 with Bill 77, Affirming Sexual Orientation and Gender Identity Act, which bans psychotherapy to minors for homosexuality or gender dysphoria, and bans government funding for such therapy for adults under the Ontario Health Insurance Plan.

Landolt pointed out in an earlier REAL Women statement that federal justice minister Jody Wilson-Raybould “admitted at the Committee Hearing [on Bill C-16] that she had no actual evidence or data on whether transsexuals were actually experiencing discrimination or hate, but was only relying on information provided to her from partisan transgender and LGBT activists.”

Also, it was clear “that no one understood the meaning of the expressions ‘gender identity’ and ‘gender expression’ that were supposed to be protected by these amendments, Landolt noted.

Similarly, Mandhane cited no data to support her statement that “transgender people routinely experience discrimination, harassment and violence, which significantly affects their health and well-being.”

She wrote the “Code and case law” requires that “organizations must respect a trans person’s right to be treated in accordance with their lived gender identity.”

After Peterson’s videos went viral, transgender groups vilified him, and he was targeted at a protest. Protesters disrupted an October 11 free speech rally in his defense, drowning Peterson out with heckling and a “white noise”machine.

However, Peterson is scheduled to take part in a University of Toronto debate on “Bill C-16 and gender provisions of the Ontario Human Rights Code” on November 19, from 9:30 a.m. to 11 a.m., at the Sandford Fleming Building, 10 King’s College Road. Tickets will be available through UofTtix as of Tuesday, Nov. 15, at 11 a.m.

The Queer Caucus of CUPE 3902, which represents “7,000 sessional lecturers, TAs, and other contract instructional staff at U of T,” has called for a boycott of the debate.

Peterson has stated he is willing to go to jail, be fined, and lose his job rather than use politically-correct gender pronouns.