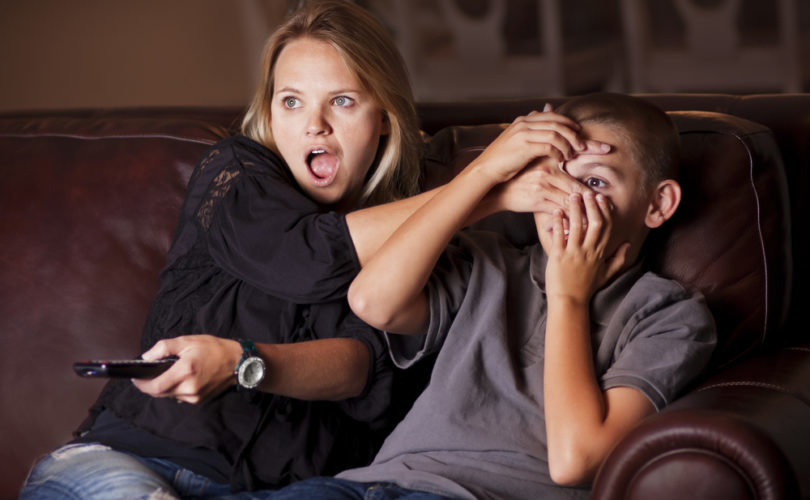 August 25, 2016 (LifeSiteNews) — ESPN is loosening its editorial standards by featuring nude photos on it homepage because fewer and fewer people find it objectionable, its public editor wrote in an op-ed defending the sports network’s decision to show a fully nude man on its website’s homepage.

On July 5, ESPN.com prominently featured a photo of mixed martial arts fighter Conor McGregor naked. The image was an extension of its 2016 Body Issue, on the cover of which McGregor appeared nude but with his leg preventing the full front of his body from being visible. Physical copies of the Body Issue were obstructed by a wrapper. The Body Issue contains numerous photos of naked athletes, some more revealing than others.

“Not a single person I polled who was 30 or younger raised any objection to the photo” of McGregor, EPSN Public Editor Jim Brady wrote. “In fact, most lauded its artistic quality. Among those I asked who were 40 or older, all but one said they found the picture inappropriate for such prominent placement.”

“In subsequent discussions with a variety of ESPN executives, it’s clear that standards are shifting and the network is trying to shift with them,” Brady continued. “The younger generation of consumers — which, like all media companies, ESPN is eager to attract — doesn’t have the same hang-ups about nudity, profanity and other long-held no-no’s that older generations do. That’s not a value judgment on any generation, it’s just a fact. The explosion of the Internet and social media has obliterated the barriers that once largely kept profanity and nudity away from the general consumer.”

“The strategic importance of the Body Issue,” which has increased in past years, Brady concluded, “likely assures that it will continue to produce both revenue and discussion about changing social mores. And given the audience demographics, you can count on seeing more, not less.”

Last year, Playboy announced it would no longer publish photos of nude women in its magazine pages. The demand for such images, which are softcore by today’s standards, is no longer existent thanks to hardcore Internet pornography.

Playboy magazine CEO Scott Flanders said the nude photos for which it is so well-known are now “passé.”

“You're now one click away from every sex act imaginable for free,” he said.