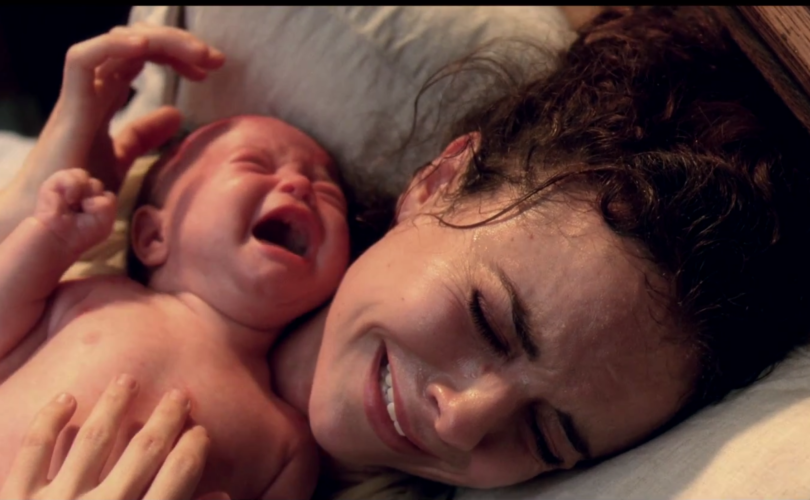 A short pro-life film that raised almost $6 million for crisis pregnancy centers and won 15 international film festival awards, is today being launched on YouTube and available free of charge.

Crescendo won Best Short Film at the 2012 Hollywood Film Festival and following the premier was shown in venues across North America and Mexico, and eventually around the world.

“We originally made this film to release on YouTube to share and promote human dignity through social media. But the response of its showing at film festivals was overwhelmingly positive, so we decided to use it as a fundraiser for pregnancy centers. Our goal is to raise $10,000 for each center that sponsors a showing of Crescendo,” said Jason Scott Jones, one of the producers of the film, at a kick-off showing of the movie at San Diego’s Culture of Life Family Services in February, 2013.

The film was written and directed by Alonzo Alvarez, and produced by Jason Jones and Eduardo Verastegui, the producer of Bella.

“Our goal with this film was to create a monument to the incomparable dignity of the human person that would transcend time and culture,” said Jones.

Pattie Mallette, the mother of pop singer Justin Bieber, and president of Noble Pictures, served as the executive producer of the film.

“Crescendo is a celebration of the strength, beauty, fortitude and dignity of women,” Mallette said.

Mallette became involved with the crisis pregnancy center fundraising potential of Crescendo due to her own experience of finding herself pregnant with Justin and being pressured to abort. But she rejected that pressure and turned to a crisis pregnancy center instead, saying that the compassion and help she received there “saved their lives.”

“My hope through this involvement is to encourage young women all over the world, just like me, to let them know that there is a place to go, people who will take care of you and a safe home to live in if you are pregnant and think you have nowhere else to turn,” Mallette said.

“Professionally, a masterpiece…Morally and spiritually, one of the most powerful tools the pro-life movement has…I have made it a personal crusade to make sure people see Crescendo,” Fr. Frank Pavone of Priests for Life said after seeing the movie.

According to Dr. Alveda King, niece of Martin Luther King Jr. and a pro-life activist, “Crescendo touches the heart and soul of life's bittersweet song with a powerful promise that if the notes are left in God's hand, He will create a masterpiece.”

More information about the movie is available at www.cpcmovie.com.