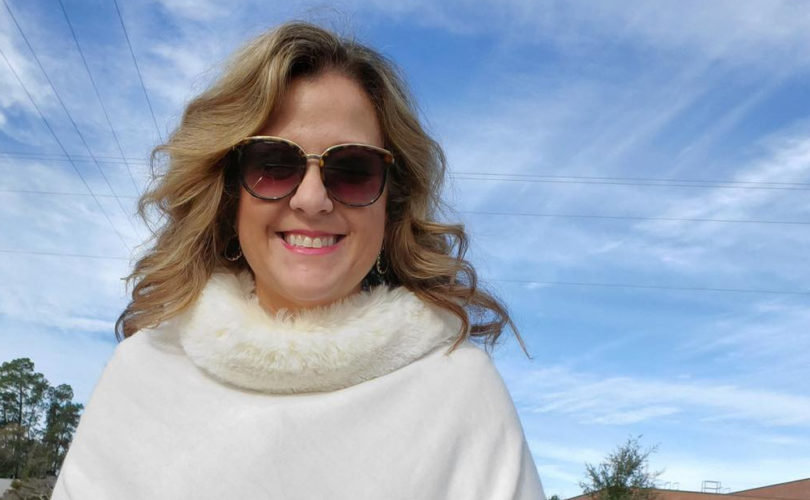 COLUMBIA, South Carolina, April 8, 2021 (LifeSiteNews) — The South Carolina state representative who in support of a proposed heartbeat bill publicly described her fears and struggles as a pregnant 16-year-old told LifeSiteNews that her “platform” is going to be assuring young women that they don’t have to have abortions.

Melissa Lackey Oremus, a Republican representing Aiken County, told the State House in February that the sound of her unborn baby’s heartbeat proved to her that she had a human being inside her.

“It was the most beautiful sound to me,” she said. “How could I have a choice — as you all call it a choice — to kill that sound, to make it go away?”

Oremus told LifeSiteNews that many women, including women calling from far away, subsequently confided to her that they wished they had had someone to “tell them they didn’t have to have an abortion.” She said that she didn’t expect a reaction like this to her speech.

The state representative got pregnant when she was a 16-year-old high school student, excelling at academics. She had been throwing up at school, and when her friends suggested she might be pregnant, she took a test.

“I felt my world just kind of shatter at that moment,” she said. “I was devastated. I didn’t know how I was going to tell my mom that I was going to have a baby, much less how my child’s father would react.”

The child’s father told the young woman that she should have an abortion. Very distressed, Oremus got into a car accident on her drive home. When her mother arrived to pick her up, the girl told her that she was pregnant.

“’Melissa, what are you doing to do about this?’” she recalled her mother said. “She never said, ‘Go get an abortion.’”

The state representative disclosed that she had been growing up in a Christian home, and she never thought of abortion as an option. Instead, she bravely returned to school and fielded questions from her peers as her pregnancy became obvious.

The father of the baby continued to refuse to take an interest and turned down a chance to go to Oremus’s first ultrasound appointment. The teenage girl was “scared to death,” but fell in love when she first heard the sound of her baby’s heart through the ultrasound machine.

“You hear this little noise,” she said. “I’d never heard that before … and it’s the sweetest sound because the doctor says to you, ‘That’s your baby.’”

“Like I said before, it’s the most beautiful sound, and you realize that you have a life inside of you,” she continued, adding that she couldn’t understand why anyone would choose to abort their child instead of caring for her.

“If you don’t like someone, you don’t go kill him, or get him out of the way,” she said.

Oremus was distressed by the lack of support by adults around her for young pregnant women, including the guidance counselor who asked her when she would quit school — the usual fate of pregnant girls in her community.

But Oremus wasn’t interested in leaving school. Instead, she gave birth to her daughter, returned to school (grade 11) four weeks later, and took a part-time job to pay for her baby’s day care. Later, she moved out of her mother’s home and went to college, structuring her classes around her child’s day-care — and then school — schedule. She joined a sorority, but her life didn’t look anything like the lives of her sorority sisters.

Sometimes, as she struggled to get from work to class to her baby on time, she asked friends for help, and they gave it to her. “All you gotta do is ask,” she said.

Oremus told LifeSiteNews that several of her friends have told her that they have had abortions and feel ashamed. She explains to them that “none of us are without sin,” and that “all of us have done things that we’re not proud of”.

“But we serve a big, forgiving, almighty God,” she added. “And there are so many people out there who can support you and help you through this because you’re not the only one who’s ever had an abortion. Other people did, too. Maybe they didn’t have God in their lives at the time. Maybe they didn’t have a champion in their lives telling them they can [care for the baby].”

Oremus said that her “platform” is going to be assuring young women that they don’t have to have abortions. During the interview, she reflected on the moment her baby daughter was put into her arms, and said, “That’s when my life began, too.”