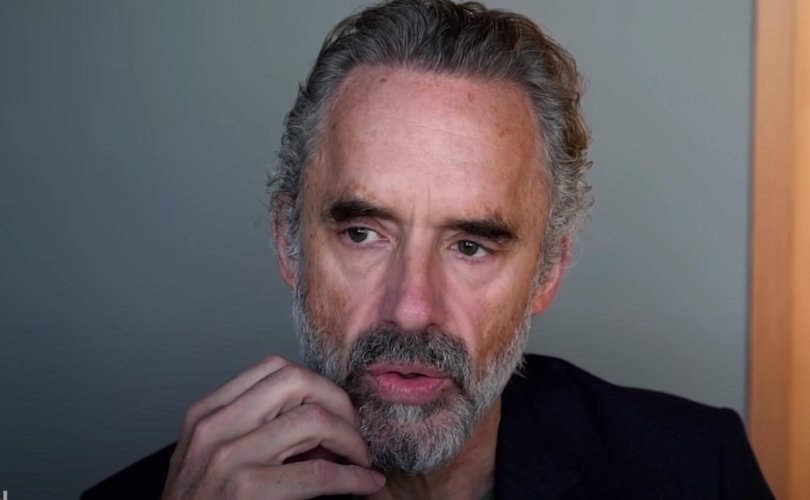 On December 22, Trudeau had tweeted, “If you’re taking care of some last-minute Christmas shopping this week, here’s something else you can add to your list: a booster. If you’re eligible for one but haven’t gotten it yet, please, do so now. And if you don’t have your first or second dose, now’s the time to get it.”

Peterson, who has had the jabs but has since regretted taking them, made clear he would not be getting a booster. He fired back at Trudeau’s suggesting that a COVID jab should somehow be part of a shopping list.

“Up yours @JustinTrudeau. Seriously. You’d have to kill me first,” tweeted Peterson on Christmas Eve in response to Trudeau’s tweet.

Peterson admitted he made a “stupid” decision to get the COVID jabs because he thought doing so would mean the government would leave him “alone.”

“Look, I got vaccinated and people took me to task for that and I thought, all right, I’ll get the damn vaccine,” Peterson told Dave Rubin in November of 2021, while speaking out against government COVID rules. “Here’s the deal guy, I’ll get the vaccine, you f–king leave me alone. And did that work? No, so stupid me, you know, that’s how I feel about it.”

On December 24, in response to the premier of Québec announcing COVID restrictions, Peterson tweeted, “‘Limiting private gatherings.’ Jesus wept. What have we become?”

After the premier of Québec announced on December 30 that the province would be enacting COVID curfews, Peterson called for civil disobedience.

“Come on Montrealers! Have some courage! Defy these prohibitions,” tweeted Peterson on December 31.

All provincial governments in Canada have helped fuel COVID testing hysteria throughout the offering of free at-home test kids supplied by the federal government.

Nevertheless, the inventor of the mRNA technology used by the vaccines, Dr. Robert Malone, said that it is the vaccinated, not the unvaccinated, who are the “super-spreaders” of the disease.

Malone has also said that calling COVID jabs “gene therapy” instead of “vaccines” is accurate.

Malone also noted the new omicron variant, which is being used by governments worldwide to incite panic and fear and to justify new lockdowns, could turn out to be “a Christmas present” in that the virus appears to be milder.

After telling Rubin his feelings of regret in getting the COVID jabs, Peterson has come out blasting COVID restrictions being imposed by Canadian officials in light of high case numbers being attributed to the omicron variant.

In his interview with Rubin in November of 2021, Peterson went to task against what he called a government COVID “totalitarian state” gripping Canada and the world today.

“I think the thing that surprised me the most, probably, was how rapidly we stampeded to imitate a totalitarian state in the immediate aftermath of the release of COVID,” Peterson told Rubin.

Under Trudeau, the government has gone after those who have chosen to remain vaccine-free with unconstitutional policies such as banning Canadians over 12 without the abortion-tainted COVID jabs from traveling by air, sea, or train. The travel ban for the vaccine-free has been in effect since December 1.

Trudeau and his ministers have also mandated that all federal workers be jabbed by early 2022 or lose their jobs.

Just before Christmas, Jagmeet Singh, the leader of Canada’s socialist New Democratic Party (NDP) demanded that Trudeau bring in the military for a “mass vaccination campaign.”

Peterson, who serves as a psychology professor at the University of Toronto, has gained a strong following of conservative fans from Canada and the U.S. over the past few years for his evaluations of issues like abortion, transgenderism, sex education, and motherhood.

According to Peterson, current academia is controlled by “post-modernists pushing progressive activism.”