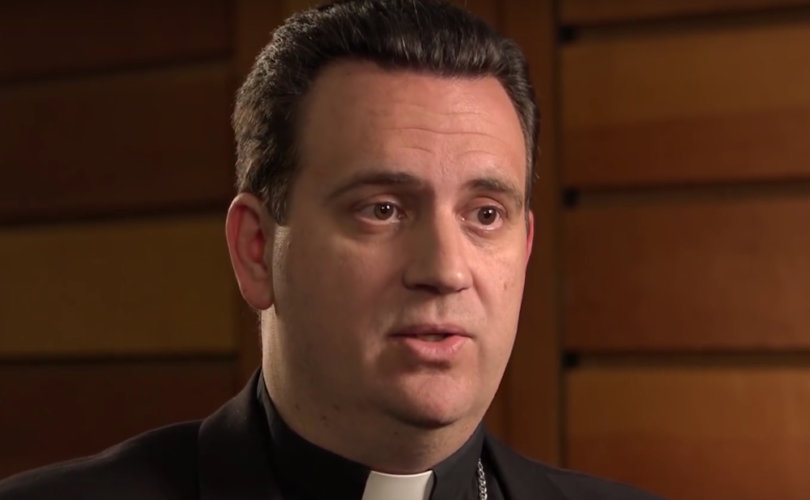 HOUSTON, Texas, August 30, 2018, (LifeSiteNews) – One of America’s youngest bishops has expressed his incredulity, if not disgust, over the manner in which senior prelates have handled the McCarrick scandal, which is still sending shockwaves throughout the Catholic Church.

In a Sunday homily at Our Lady of Walsingham in Houston, Texas, Bishop Steven Lopes, 43, spoke about the unsatisfactory response of some of the old guard members of the United States Catholic Conference of Bishops (USCCB) to the scandal.

“I’ll tell you what response is not good enough: It’s the parade of cardinals and bishops who have rushed to the television cameras, clutching their pectoral crosses, saying, ‘I knew nothing,’” said Lopes, appointed bishop of the Anglican Ordinariate – a special rite in the Church for Anglicans who become Catholic but still may retain some of their traditions, formally called the Diocese of The Personal Ordinariate of the Chair of St. Peter – in 2016.

“I don’t believe it, because as one of the youngest bishops in the conference, you do get an interesting perspective. Like, for the fact that I was a seminarian when Theodore McCarrick was named Archbishop of Newark, and he would visit the seminary often,” he added. “And we all knew.”

Failure of Apostles in our day

“What this speaks to is the failure of Apostles,” continued Lopes, “to live the integral moral life, certainly. But also to act, also to respond, also to safeguard the flock entrusted to their care. That’s the problem.”

Schmitz later tweeted a video clip of Cardinal Blase Cupich proving Bishop Lope’s point, showing the Chicago prelate foundering as he attempts to answer an interviewer’s question, “When did you become aware of the McCarrick allegations?”

Cupich is asked, “When did you become aware of the McCarrick allegations?” His response: pic.twitter.com/pLv51kqNtw