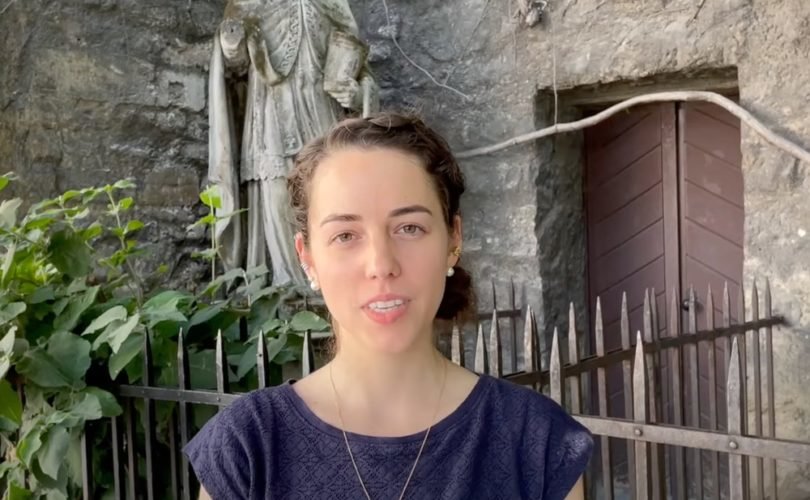 July 22, 2021 (LifeSiteNews) – A group of young Catholics from across the world have sent a video message to Pope Francis, defending their “love” for the ancient liturgy in response to his recent restrictions upon it, and asking him to support them in their desire to “follow the call to holiness” through the Traditional Latin Mass.

“As young Catholics who go to the Traditional Latin Mass, we often encounter a lack of understanding in the older generations,” declared the youth.

They then contradicted some of the objections made regarding devotees of the traditional liturgy by the Pope and other critics.

“We do not question the validity of the new liturgy or disdain its celebration,” the young people said.

Expressing their personal devotion to the Mass, the youthful participants pointed to aspects of the traditional liturgy which attracted them to it.

“We love the Traditional Latin Mass for its devotion and trustful fear of God,” said one.

“We love its orientation of priest and faithful together in the same direction, towards God and Christ,” said another.

The young Catholics also answered the attacks made in Pope Francis’s accompanying letter to the motu proprio, in which he decried “the instrumental use of Missale Romanum of 1962” which he said “is often characterized by a rejection not only of the liturgical reform, but of the Vatican Council II itself, claiming, with unfounded and unsustainable assertions, that it betrayed the Tradition and the ‘true Church’.”

Quoting directly from his letter, they replied: “We do not ‘encourage disagreements that injure the Church’. We do not ‘block her path’ or ‘expose her to the peril of division’.”

Contradicting the idea that they promote a life of “division,” the young devotees of the ancient liturgy of the Church declared that they “simply aim at a Christian life in faith, hope, and love for God and our neighbor.”

“We try to follow the call to holiness and we draw our strength from the Latin Mass,” their message continued.

“Dear Holy Father, dear Bishops, we are not just a few deplorably stubborn adherents of an outdated rite. As loyal Roman Catholics, we are YOUR multitudinous and lively youth.”

— Article continues below Petition —
SIGN: Show Pope Francis the Latin Mass will survive any suppression
Show Petition Text
33824 have signed the petition.
Let's get to 35000!
Thank you for signing this petition!
Add your signature:
Show Petition Text

Re-iterating their devotion to the Pope, which manifests in their daily prayers, the young Catholics issued an earnest plea to Pope Francis: “Please do not let us down. Can we count on you?”

Their message has garnered considerable attention on social media.

Chad Pecknold, columnist for First Things magazine, wrote how the witness of young, faithful Catholics reminded him of St. Catherine of Siena’s own witness to the Pope. “I wept watching this. As one who teaches young Catholics, it rang true of what I know about my college-aged son’s generation. Watching this, I was reminded of St. Catherine of Siena, whose letters to the pope had a similar poignancy, power — and I pray, effect.”

EWTN’S Raymond Arroyo also highlighted the video, while Father Ron Vierling described the young Catholics as “a great blessing to the Church.”

Promulgated on July 16, the new motu proprio Traditionis Custodes stipulates, amongst other things, that priests are to “request” permission from their diocesan bishops to say the Traditional Latin Mass, and consequently bishops can essentially forbid priests from saying it. The bishops are told to decide “whether or not to retain” parishes which had been canonically erected for the offering of the traditional liturgies.

The document has been described by Cardinal Gerhard Müller, former Prefect of the Congregation for the Doctrine of the Faith (CDF), as a Papal plan “to condemn the Extraordinary Form to extinction.” The motu proprio does away with the permissions of Pope Benedict XVI’s 2007 Summorum pontificum, which afforded priests the right to celebrate Mass in the traditional rites without needing the express authorization of their bishops or the Holy See.