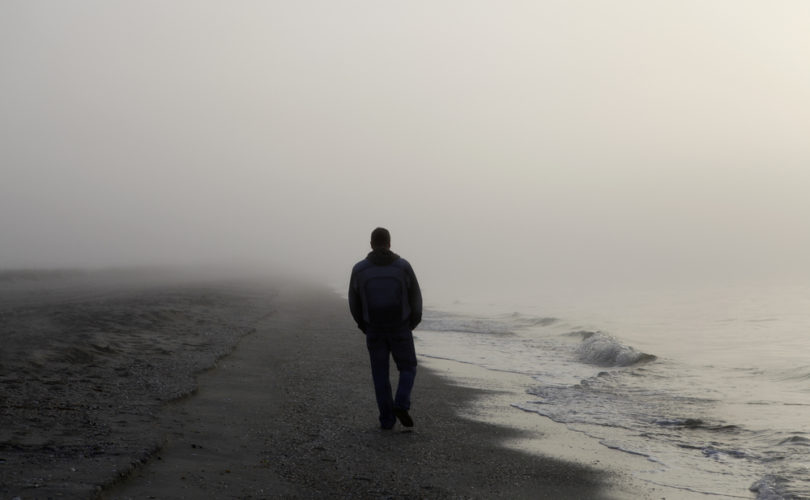 While more young women say that having a successful marriage is important, fewer men share that goal.

Fewer young men in the US want to get married than ever, while the desire for marriage is rising among young women, according to the Pew Research Center.

Pew recently found that the number of women 18-34 saying that having a successful marriage is one of the most important things rose from 28 percent to 37 percent since 1997. The number of young adult men saying the same thing dropped from 35 percent to 29 percent in the same time.

Pew’s findings have caught the attention of one US writer who maintains that feminism, deeply entrenched in every segment of the culture, has created an environment in which young men find it more beneficial to simply opt out of couple-dom entirely.

Suzanne Venker’s article, “The War on Men,” which appeared on the website of Fox News in late November, has become a lodestone for feminist writers who have attacked her position that the institution of marriage is threatened, not enhanced, by the supposed gains of the feminist movement over the last 50 years.

“Where have all the good (meaning marriageable) men gone?” is a question much talked about lately in the secular media, Venker says, but her answer, backed up by statistics, is not to the liking of mainstream commentators influenced by feminism.

STORY: My father raped his daughter. And I am their baby. My story.

She points out that for the first time in US history, the number of women in the workforce has surpassed the number of men, while more women than men are acquiring university degrees.

“The problem? This new phenomenon has changed the dance between men and women,” Venker wrote. With feminism pushing them out of their traditional role of breadwinner, protector and provider – and divorce laws increasingly creating a dangerously precarious financial prospect for the men cut loose from marriage – men are simply no longer finding any benefit in it.

As a writer and researcher into the trends of marriage and relationships, Venker said, she has “accidentally stumbled upon a subculture” of men who say “in no uncertain terms, that they’re never getting married.”

“When I ask them why, the answer is always the same: women aren’t women anymore.” Feminism, which teaches women to think of men as the enemy, has made women “angry” and “defensive, though often unknowingly.”

“Now the men have nowhere to go. It is precisely this dynamic – women good/men bad – that has destroyed the relationship between the sexes. Yet somehow, men are still to blame when love goes awry.”

Feminism and the sexual revolution have simply made marriage “obsolete” for women as a social and economic refuge, but this is a situation that should not be celebrated by feminists, Venker says.

“It’s the women who lose. Not only are they saddled with the consequences of sex, by dismissing male nature they’re forever seeking a balanced life. The fact is, women need men’s linear career goals – they need men to pick up the slack at the office – in order to live the balanced life they seek.”

A cross section of research data from the Pew Research Center for the last months of 2012 shows the alarming trends for marriage and child-bearing in the US. One report published in mid-December said that the latest census data showed “barely half” of all adults in the United States are currently married, a “record low”. Since 1960, the number of married adults has decreased from 72 percent to 51 today and the number of new marriages in the U.S. declined by five percent between 2009 and 2010.

Moreover, the median age at first marriage continues to rise with women getting married the first time at 26.5 years and men at 28.7. The declines in marriage are “most dramatic” among young adults. Just 20 percent of those aged 18 to 29 are married, compared with 59 percent in 1960.

“If current trends continue, the share of adults who are currently married will drop to below half within a few years,” the report said.

Moreover, the link between marriage and childrearing has become disconnected in the minds of the so-called Millennial generation, those between 18 and 29. While 52 percent of Millennials say being a good parent is “one of the most important things” in life, just 30 per cent say the same about having a successful marriage, an attitudinal survey found.

The gap, of 22 percentage points, between the value Millennials place on parenthood over marriage, was just 7 points in 1997. The research found that Millennials, many of whom are the children of divorce and single-parenthood themselves, are also less likely than their elders to say that a child needs both a father and mother at home, that single parenthood and unmarried couple parenthood are bad for society.

Listen to an interview with Walt Heyer, a former transgender “woman” who regretted his decision to transition and now speaks out against the dangers of transgenderism. Heyer recently shared her incredible true story with Jonathon Van Maren on The Van Maren Show, LifeSite's new weekly podcast.