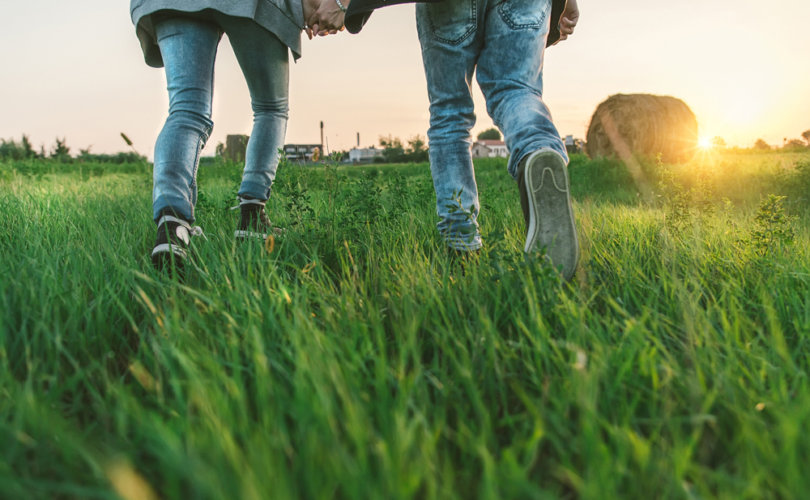 The study of 14- to 21-year-old people also found that virtually none of those who abstain from such media engage in sexual activity in real life.

The Growing up with Media survey found that 47 percent of young people say they are exposed to a heavy amount of sexual content in one or more media format, depicting people having sex, fondling, or kissing passionately.

“Among youth who stated that most or all of the media they consume contain sexual content, 60 percent of them reported sexual activity,” wrote Michele Ybarra MPH, Ph. D.

Conversely, teens “whose media consumption had almost no or no sexual content at all, only two percent had ever had sex,” researchers found.

She was careful to note that the study, conducted by the Center for Innovative Public Health Research, found a correlation but not necessarily a causation.

“While it’s not clear from this study if we are seeing these trends because youth who have more sex are more likely to seek out sexual material or if it is because sexualized media is causing youth to become more sexually active, there definitely appears to be a relation between the two,” she wrote.

The study becomes the latest to link sexually explicit media intake with acting out sexually. A 2004 study published in Pediatrics found that viewing sexualized images on TV made teens more likely to have sex. A 2009 study conducted by Boston Children’s Hospital concluded that young children (aged 6 to 8) who saw sexual media were more likely to have sex as teenagers.

“Adolescents are not immune to the negative effects of pornified media,” Lisa Thompson, vice president and director of education and outreach at the National Center on Sexual Exploitation, told LifeSiteNews. “The Growing Up with Media study contributes to a growing body of research which demonstrates the link between the consumption of sexually laden media and actual sexual activity among young people. The strength of the association has caused some scholars to argue that media has 'become the leading sex educator in America today.'”

Although the media dispute the notion that TV affects behavior, Thompson said the studies show a compelling correlation.

“This shouldn’t surprise anyone familiar with the old adage, 'Monkey see, monkey do,'” Thompson told LifeSiteNews.