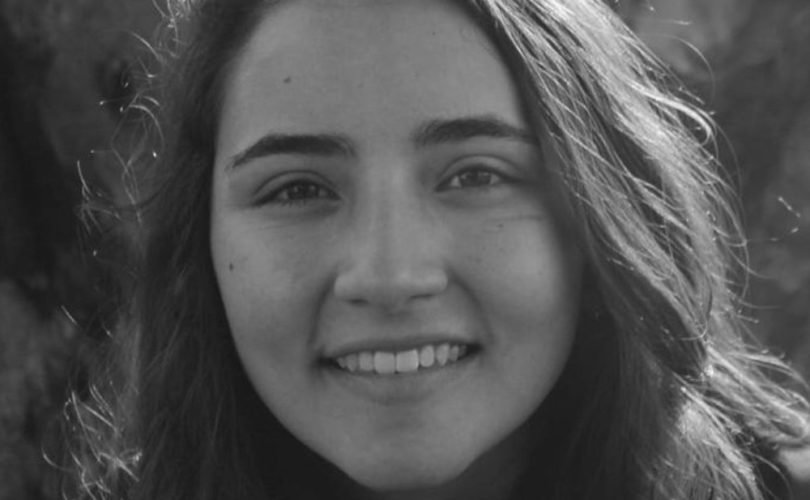 LA PAZ, Argentina, April 16, 2021 (LifeSiteNews) — A 23-year-old woman died in a hospital in San Martin in the Argentinian province of Mendoza last Sunday, four days after having undergone a legal abortion in the neighboring town of La Paz. Maria del Valle Gonzalez Lopez’ death was attributed to hemorrhage and general septicemia according to what is known of her autopsy report. Judicial investigations are under way to determine whether her death was related to the abortion and whether she fell victim to medical malpractice. What is known is that she was a rising figure in the pro-abortion “Union Civica Radical,” a historic Argentinian left-wing party affiliated with the Socialist International, having been elected last year as president of the Youth section of the Radicals in La Paz.

Del Valle is the first mother who is known to have died since abortion on demand was made legal in Argentina earlier this year. She was a university student studying social work and had a boyfriend. Her party campaigned for legal abortion, and while it is not clear whether she personally joined pro-abortion “green scarf” rallies, her party had always told her that legal abortion is “safe” and a question of personal choice.

Feminist organizations in Argentina have not commented on the news, nor have they warned, in the wake of the tragedy, that legal abortion kills women.

In August 2018, the Youth sections of the UCR held a press conference indicating that they had “demanded” that Argentinian Senators should vote for the legal abortion or “Voluntary interruption of pregnancy” law that was being discussed in Parliament at the time. Luciana Rached, national leader of the Radical Youth, proclaimed: “Illegal abortions have always existed and still do. Women have always had abortions. The approval or the rejection of this law will have an impact on the lives of the tens of thousands of women who each year suffer from the consequences of illegal abortion: infections and deaths.”

That draft law was rejected, but a new one came before the Argentinian Parliament last year with the support of the country’s new president, Alberto Fernandez, and was adopted in December. Legal abortion on demand up to 14 weeks’ gestation came into effect in January. Had it not been approved, perhaps “Mari” del Valle Gonzalez Lopez would still have been alive today. It was most probably a legal abortion that led to infection and her untimely death – besides killing her unborn baby.

At any rate, a local newspaper, the Mendoza Post, said all the signs point to malpractice according to judiciary authorities it was able to consult.

Del Valle went to the local public hospital of La Paz on April 7 for an abortion. Her family was not aware of the fact, they told the local press. She received an abortifacient pill, probably Misoprostol. Normally, the chemical abortion procedure should be followed by medical check-ups to verify that all is well. If a malpractice and manslaughter case is to open at all, it will be because Mari’s condition was not properly monitored, according to the Argentinian press.

Misoprostol is considered to be a “safe” drug by the Argentinian ministry of health, and is administered in outpatients departments.

One day after having taken “medication” to kill her baby, Del Valle started feeling unwell, with fever and stomach pain. She returned to the hospital on Friday, where she was at first considered as a COVID-19 patient according to a video report by journalists who spoke with local authorities and the victim’s family. The press also said that it was thought that she had peritonitis. It would seem that she did not tell the doctors who attended to her at this point that she had undergone a chemical abortion two days previously. General septicemia was diagnosed.

When her condition worsened, the young woman was transported last Saturday to a better-equipped hospital in San Martin, where she died next day. A penal investigation into her death was immediately set up, and an autopsy was ordered on the same day.

News that she had undergone an abortion shortly before her death soon leaked, prompting an angry reaction from the public prosecutor, Hector Rosas. He recalled that the Argentinian Law N° 27.610 required that the identity and all personal details of women who have an abortion should be protected. He added that the person who divulged the information “violated the law”: “They have to give to me because I am the procurator, but they should not have made it public, and the only way of knowing about such a thing is to be a civil servant. If I manage to identify the source of this information, this person is violating the law,” he told Radio Hihuil.

Protecting the victim’s privacy is one thing. In this case, the cause of Mari’s death has political weight and deserved to be known. It shows that supposedly “safe” abortion, besides always killing an unborn child, can also take the lives of young women for the same medical reasons as illegal abortion: infections, septicemia, medical negligence, or the personal condition of the victim. According to some sources, the young woman who died might have had a medical peculiarity that made her vulnerable to the abortifacient pill itself.

In fact, in countries where abortion is or was illegal, the privacy of women dying after an abortion or — purportedly — because they did not get one, is not considered to be so important. The case of Savita Halappanavar in Ireland, who died of septicemia while pregnant, springs to mind: It was widely used to promote the legalization of abortion at the beginning of 2019.

While many public figures in Argentina have expressed condolences after Mari’s death, without commenting on its cause, social media insisted on the reason for which her life was taken, under the hashtag #MurióPorAbortoLegal: “She died because of legal abortion.”

One Twitter comment said: “The abortion went wrong and the mother and the baby both died. If it had gone ‘well’ only the baby would have died. Abortion always kills.”

Another said: “Break the silence. Abortion is not health.”

Yet another noted: “Maria did not die clandestinely. Maria #MurióPorAbortoLegal.”

Feminists and pro-abortion campaigners are now answering that “every surgical procedure includes risks.