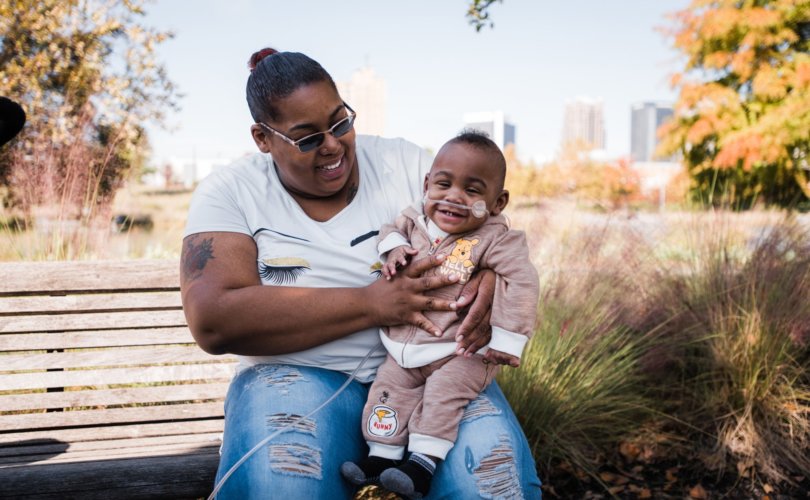 BIRMINGHAM, Alabama (LifeSiteNews) — The Guinness Book of World Records announced last week that a boy born more than four months before his expected due date is officially the world’s most premature baby ever to survive.

Curtis Means, born at 21 weeks and one day on July 5, 2020 with a twin sister who didn’t survive, is now healthy and thriving 16 months after his birthday.

Interestingly, he was born exactly a month after the birth of the previously declared world’s most premature baby, Richard Hutchinson, who was said to have a zero percent chance of survival. According to Guinness World Records’ (GWR) Adam Millward, prior to Richard, the official record “had remained unbroken for 34 years.”

Dr. Brian Sims, the physician who oversaw Curtis’ delivery, told Millward, “The numbers say that babies at this age will not survive. Mum’s question to me was: ‘Can we give my babies a chance?'”

The boy’s mother, Michelle “Chelly” Butler, said, “They didn’t know if he was going to survive so they just told me to keep on praying,” adding that the time “was very stressful.”

Millward reported that after Butler was rushed to her local hospital, she was “quickly transferred” to the University of Alabama at Birmingham (UAB), which has been praised for having “one of the leading neonatology and pediatric departments in the country.”

UAB boasts that the “survival rate and rate of survival without handicap for all premature babies are among the highest in the country year after year.”

Thanks to 275 days of “around-the-clock care” from a large team at the RNICU and the Women and Infants Center that included bottled oxygen and a feeding tube, Curtis was discharged from the hospital on April 6, 2021.

Dr. Colm Travers, assistant professor within UAB’s Division of Neonatology and co-director of the hospital’s Golden Week Program for extremely preterm infants, recounted, “Initially Curtis was on a lot of breathing support and medication for his heart and lungs to keep him alive.”

“Then over the next several weeks, we were able to decrease the amount of support … When he was about three months old, we were finally able to take him off the ventilator. That was a special moment for me,” Travers continued.

“When he was going home, the feeling we had was of being privileged to have been able to take care of him and his mum. It’s such a privilege taking care of these tiny people,” Travers said.

Curtis has three older siblings, “the eldest of which love to help out with day-to-day care such as bath time, getting dressed and feeding,” according to GWR.

Had Curtis reached full term before birth, he would have celebrated his birthday this month — which happens to be Prematurity Awareness Month — on November 11.