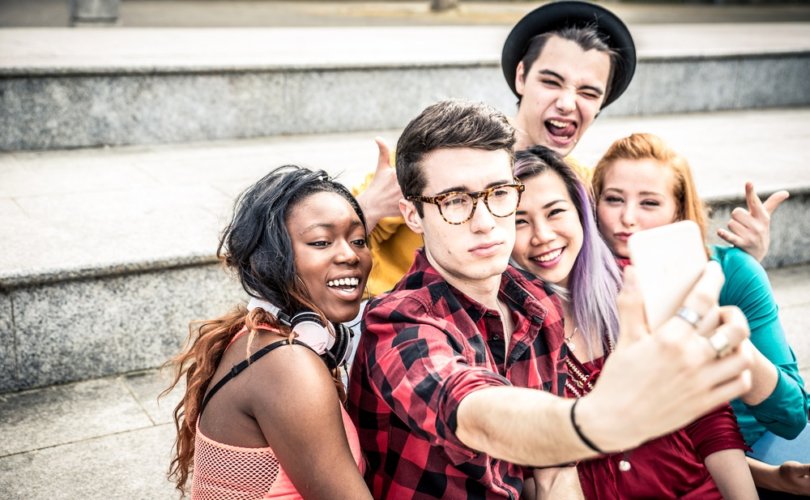 March 27, 2018 (LifeSiteNews) – A working document for the upcoming Synod on Youth allegedly drafted by young people says Catholic teaching on “contraception, abortion, homosexuality, cohabitation” is “especially controversial” and that “they may want the Church to change her teaching.”

About 300 young people from around the world were in Rome March 19-24 at the inaugural Pre-Synodal Meeting, which produced a working document to be put before the bishops for consideration at the synod in October. The document was published over the weekend and officially delivered to Pope Francis by young people on Palm Sunday.

The 15th Ordinary General Assembly of the Synod of Bishops is centered on “Young People, the Faith and Vocational Discernment.” It is billed by the Vatican as an “expression of the Church’s pastoral concern for the young.”

When the youth synod was first announced, Catholic observers were leery of its intent. This was because of the apparent manipulations of the recent Extraordinary and Ordinary Synods on the Family that advocated for changes in the Catholic Church’s teachings on human sexuality, marriage, and the family.

The fruit of the Synods’ on the Family was Pope Francis’ controversial exhortation Amoris Laetitia which signaled permission for Catholics living in objectively sinful unions to receive Holy Communion.

The pre-synod meeting was open to people between the ages of 16 and 29, and national bishops’ conferences, other Catholic institutions and the Vatican’s synod office chose the participants. The group included Catholics, non-believers, and people of other faiths, including Muslims. Some 15,000 others were to have also contributed to the discussion online through Facebook groups.

Preliminary reaction among Catholic analysts to the Youth Synod working document ranges from the report being somewhat helpful but “predictably heterodox” to it consisting of “functional Arianism.”

First Things Senior Editor Matthew Schmitz says the report is bogus, and representative of the older generation’s imposition of its desires on the youth of today.

“This document does not speak for young Catholics,” Schmitz writes. “It fails to represent either the Catholic faith or the young people who profess it.”

“It conjures and condemns a Church that is too institutional, too hierarchical, too focused on the sacred at the expense of the world,” Schmitz says. “This image of the Church is a holdover from the 1950s, when the men who now lead the Church were young rebels.”

“This document is an obvious counterfeit, an old man’s idea of what the young must want,” he writes. “He thinks they want what he did.”

In his First Things piece, “What Young Catholics Want,” Schmitz references for an analogy the recent doctoring of a promotional photo by a number of French dioceses. The dioceses had airbrushed out the lower part of a priests’ cassock and added in blue jeans instead, to remove the traditional symbol of priesthood.

“Something similar occurred this week at the Vatican, where three hundred youths selected by silver-haired bishops were asked to tell those bishops what young people really want,” writes Schmitz. “In an opening address to this pre-synodal meeting, Pope Francis said he hoped the event would lead to “a church with a young face.” But the result is a botched plastic surgery, a grotesquerie of old ideas stretched and reshaped to mimic youth.”

“The document is supposed to have been written by young Catholics for the benefit of bishops,” he says, “but it eerily repeats what certain bishops have long been saying.”

“This is not a dialogue,” states Schmitz, “it is an echo.”

Schmitz criticizes the document for its “sly” disparagement of sanctity, “deflation” of priesthood and religious life, and for calling Christian morality into question.

“The document even manifests a strange prejudice against the consecrated space of the sanctuary,” Schmitz says, and “manifests an aversion to whatever is sacred, holy, divine.”

“All this amounts to a kind of functional Arianism, a stress on the Church’s human dimension at the expense of the divine,” he says. “The document laments that people perceive Christ 'as distant from the human experience.'”

“In order to overcome this gap, the document urges us to “understand more deeply the person of Christ, His life, and His humanity,” Schmitz writes. “His divinity goes unmentioned.”

“Adults should be on-guard against using the youth to relive their own, or to advance their own agendas — left, right, or otherwise,” the professor of Historical and Systematic Theology for the Catholic University of America writes on Facebook. “Matthew Schmitz explains why the recent “youth pre-synod report” fails the sniff test.”

Maike Hickson speculates that more manipulation is afoot in the current synod process in a report for OnePeterFive.

“The near future will likely show in what manner this new youth document will be used for more progressive purposes than what is perceptible at first sight,” Hickson says.

She details aspects of the pre-synod document, including its stating that youth feel, “The Church oftentimes appears as too severe and is often associated with excessive moralism,” and they “need a Church that is welcoming and merciful,” along with “inclusion.”

Hickson also notes how the document’s authors express hope on the part of some for changes in the Church’s teaching issues “controversial today,” such as “contraception, abortion, homosexuality, cohabitation, marriage, and how the priesthood is perceived in different realities in the Church.”

The subject of the role of women factors into the document four times, and Hickson points out as well how two representatives of the feminist organization Voices of Faith had been invited to participate in a pre-synod meeting, with one a member of the drafting team for the final document.

“It certainly has given individuals the chance to promote their own views with regard to what the Church should change in order, putatively, to please the world of the young,” she wrote.

Hickson concludes, “And we also remember how it took Pope Francis two synods to reach the goal he had intended from the beginning with regard to the marriage question.”

Robert Royal, editor-in-chief of The Catholic Thing, is more forgiving in his analysis of the pre-synodal document.

The report was, he says, “helpful in some ways, predictably conflicted and heterodox in others, particularly in its occasional hopes that Church doctrine can somehow adapt itself – Scripture, tradition, the very words of Jesus notwithstanding – to current ways of life in stark contrast to historic Christianity.”

The themes in the document are what you’d expect to hear from young people, Royal writes, “a desire for greater accompaniment in faith development (without the Church being moralistic or judgmental), the role of women in the Church, social justice, scattered disagreement on Church teachings about sex, marriage, gays, priestly celibacy.”

“There were also questions about God’s existence and hopes that the Church will explain doctrine or Scripture better,” he says. “Some want the Church to accompany them more closely; others fear such accompaniment might limit their freedom.”

Royal cautions against placing too much credence in any drama generated by the report, both because of the power of social media to create such drama, and the circumstances surrounding the document’s drafting – being prepared by “a committee of young people after a brief encounter with other young people, previously unknown to one another, and input from 15,000 Facebook followers.”

He further questions whether one can “benefit from the strength of the faith if you also shy away from necessary judgments, not of persons, but of true and false, of things that demand a decision?”

“If the Church does not offer a strong guiding hand” Royal queries, “if you want it to be there (like your parents) if you fail, but don’t want it actively giving you advice – what good will it be to those most at sea?”

Are young people being used?

It could be that youth are being taken advantage in the synod process by way of their immaturity and vulnerability, Voice of the Family's Maria Madise told LifeSiteNews.

She points out a number of parts in the document that give cause for concern, one being where the young people appear to be asking for the Church to be remade more to their many specifications, including being a Church without judgment “which loves everyone, even those who are not following the perceived standards.”

Madise criticized one area of the document where young people indicate that faith can be separated from one's identity.

That portion states in part: “Crucial moments for the development of our identity include: deciding our course of study, choosing our profession, deciding our beliefs, discovering our sexuality and making life-changing commitments.”

She also expresses concern over the section on Church teaching where the youth seem to embrace the “Who am I to judge?” mantra.

Who keeps trying to do it the same old way?

Schmitz writes in his column that there is a generational change currently in progress, and the older one by and large doesn’t seem to get it.

“Young people want the saving words of Christ, which are found in sound doctrine and by solemn worship,” he states. “When they ask for bread, do not give them a stone.”

“But never mind what the young really want,” Schmitz concludes, criticizing the very process of exercising consultation to determine how the Church will conduct itself.

“No youthful assembly, however representative, or pious, could help a church that has to consult a focus group before it is able to preach,” he says. “It should be easy to see now, after so many decades of failure, that “reading the signs of the times” means navel-gazing, while “dialogue and encounter” is a lone man’s voice echoing in empty churches.

“We need once again to put theology before anthropology, asking what our Lord wants before polling public opinion,” states Schmitz. “Our encounter, our dialogue, is with Him.”