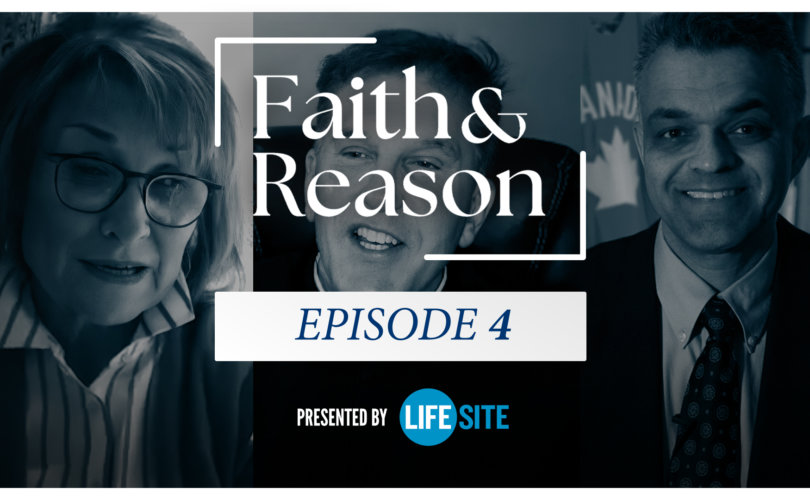 Citing a a violation of YouTube’s terms of service under the heading “Medical Misinformation,” the Google-owned mega-corporation decided to ax LifeSiteNews’ recent panel discussion episode of Faith & Reason. The episode in question tackled the controversial assertions of transhumanist philosopher Yuval Noah Harari, an adviser to Klaus Schwab of the World Economic Forum, who claims that human beings are “hackable animals” that can be modified with biotechnological implants.

Under YouTube’s terms of service, a removed video puts a “strike” on a channel, and once a channel amasses 3 strikes, the channel and its entire library of content is permanently scrubbed from the site.

The now-deleted video, which is still available on LifeSiteNews, features Fr. James Altman, LifeSite’s John-Henry Westen, and Elizabeth Yore discussing Harari’s statements regarding the increasing use of artificial intelligence and the fact that the so-called COVID pandemic will go down in history as the time when a “new regime of surveillance took over, especially surveillance under the skin,” alluding to a biological implantation of some kind being used not only to track and document people, but to “re-engineer” them.

In the episode, Yore comments that key players in the World Economic Forum have been “working diligently to this point to replace God” and that developments in A.I. are the next step along that road.

“If you look at the last 70 years, you will see abortion certainly was the ability to replace God to end life. Surrogacy, test tube babies, was the ability to create life, they would argue, in ways that man has control, not God. So this is using technology to be God … We know that the Great Reset is the great plan to replace God. It is the atheistic project that has been really in the dark for many years,” Yore said.

“These are godless people,” Father James Altman charged. “When you don’t have God as your guiding light, you can do any evil, unimaginable evil.”

“They’re doing this on purpose because they want social unrest to grow to such a critical mass. It’s only going to take one catalyst for the whole thing to go, boom.”

LifeSiteNews has been the target of Big Tech censorship in the past. In May 2021, Facebook permanently removed LifeSite’s page only months after YouTube permanently scrubbed LifeSiteNews’ official channel after it had amassed over 314,000 followers.

In both instances of mass censorship of LifeSiteNews content, the Big Tech string-pullers used the label of “misinformation” as the justification for the censorship.